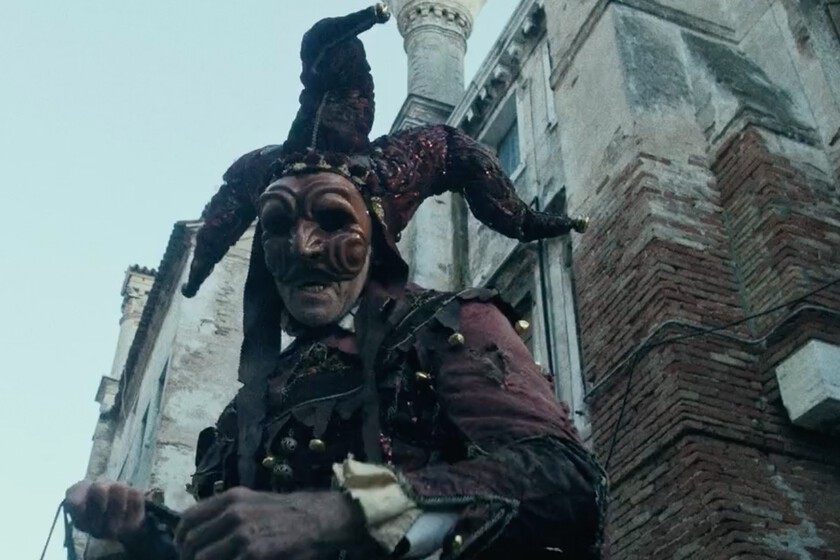 A little over a month ago, ‘Veneciafrenia’, the new behind-the-scenes work by Álex de la Iglesia, arrived in theaters, but now it’s time to talk about the first film in The Fear Collection because this friday may 27 makes its streaming debut through Amazon Prime Video.

The first stage of The Fear Collection

This platform thus reinforces its commitment to recent Spanish genre cinema, since a few weeks ago ‘La granny’ also landed there. Unfortunately, ‘Veneciafrenia’ falls short of Paco Plaza’s notable feature film, but it’s worth taking a look at, especially for the impetus it shows in specific scenes and that somewhat unconscious pursuit of fun in homicidal riot.

Talking about giallos because of the place where the action takes place is almost obligatory, but the truth is that ‘Venicephrenia’ seems more a mixture of American slasher and Italian crime film. The result is strange, because the film has a little trouble starting and then ends very abruptly. Of course, in between it has a lot of momentum, to the point of compensating for how absurd some of the situations it poses can be.

All this leads to a generous use of violence that gives rise to some moments that remain engraved in the spectator’s retina. In fact, it seems that the person in charge of ’30 coins’ enjoys those moments more than any other in the film, where even that undercurrent of criticism of junk tourism does not go beyond a series of somewhat obvious notes.

However, all must be taken into account the problems they faced for shooting such a film in Venice when the pandemic hit hardest. Only that explains some dialogues that almost seem to be written on the fly and some technical notes that under normal conditions would surely be more worked on.

All in all, ‘Venicephrenia’ continues to be an aperitif in every way. As a film, it can be enjoyed keeping in mind that in the end that something is missing to leave us completely satisfied, but it is also a kind of advance for that The Fear Collection that promises to show a much more ambitious face with ‘Venus’, the next behind-the-scenes job of Jaume Balaguero.