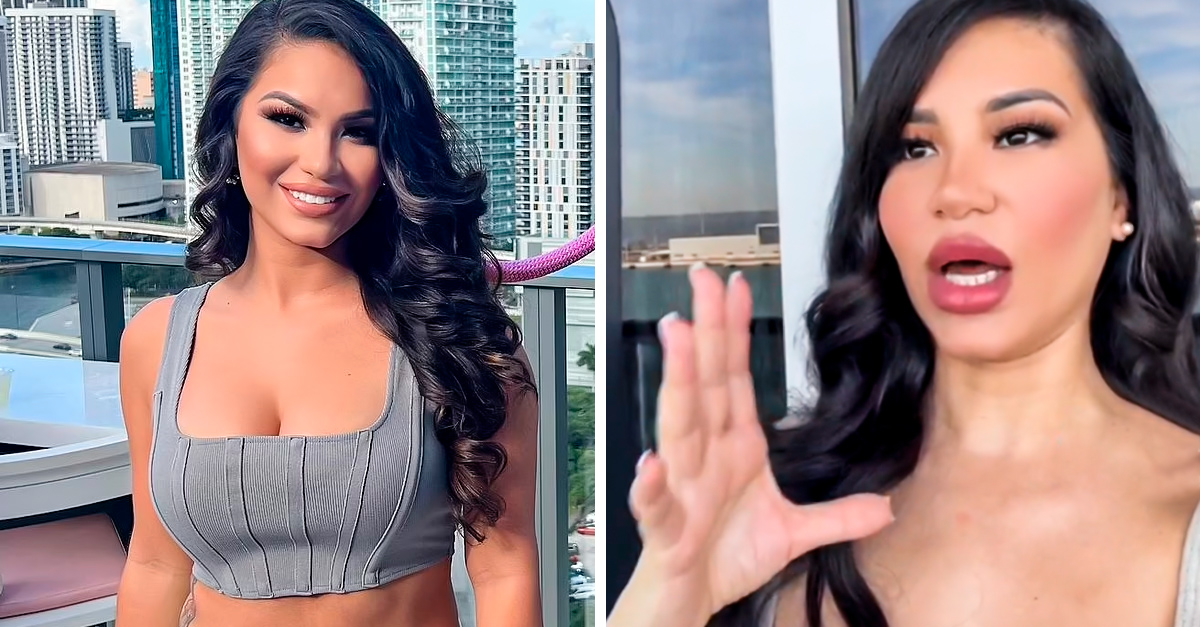 Although the physical appearance is not the most important thing about a person, it is the first thing that impresses at first glance, so there are those who give a lot of importance to their appearance and try to look their best to always make a good impression.

However, one thing that nobody says about people who try to stay beautiful all the time is that it is not easy, since, in addition to investing time and money in their appearance, they are the perfect target of criticism and tend to surround themselves with people not very genuine that they want them for what they really are and not for their physique.

At least that’s what Shye Lee, a TikTok user who recently went viral after assuring that, for her, being pretty is more of a nightmare than a privilege, says, since it’s common for people to believe false ideas about her. In addition, she listed a series of points for which being a beautiful woman has become a curse for her.

During an almost two-minute video, the girl from Puerto Rico said that society thinks that being pretty is synonymous with superficiality, she even stated that that is what they think of her in her closest social circle. For this reason, she gave an ex-friend of hers as an example, who criticized her for the way she dressed and that she always tried to turn other people against her.

Chica claims that being pretty is a curse. pic.twitter.com/dOQaEz0VYv

The pretty girl curse is real. It’s very sad when your heart is so pure, but her intentions are not. One thing a pretty girl lacks and wants more is to find genuine people to keep around her.

The Puerto Rican entrepreneur assured that she came to the conclusion that the famous curse of the pretty woman exists, since being an attractive girl is something for which she has been excluded from many projects. In addition, she assured that she has brought him bad luck in her love relationships.

During the same clip, Shye Lee talked about the time a guy confessed to her that he had only dated her because she “seemed expensive.” A few hours after publishing her video, her clip soon became popular and filled with endless comments that generated debate regarding the divided thoughts of users.

of a viral joke that became a trend, (endorsed even by Carmen Lomana) and five alternatives that we take very seriously

New image of the Wasp and his suit in Ant-Man and the Wasp: Quantumania

Rumor alert! Dua Lipa could be Zatanna in DC comics