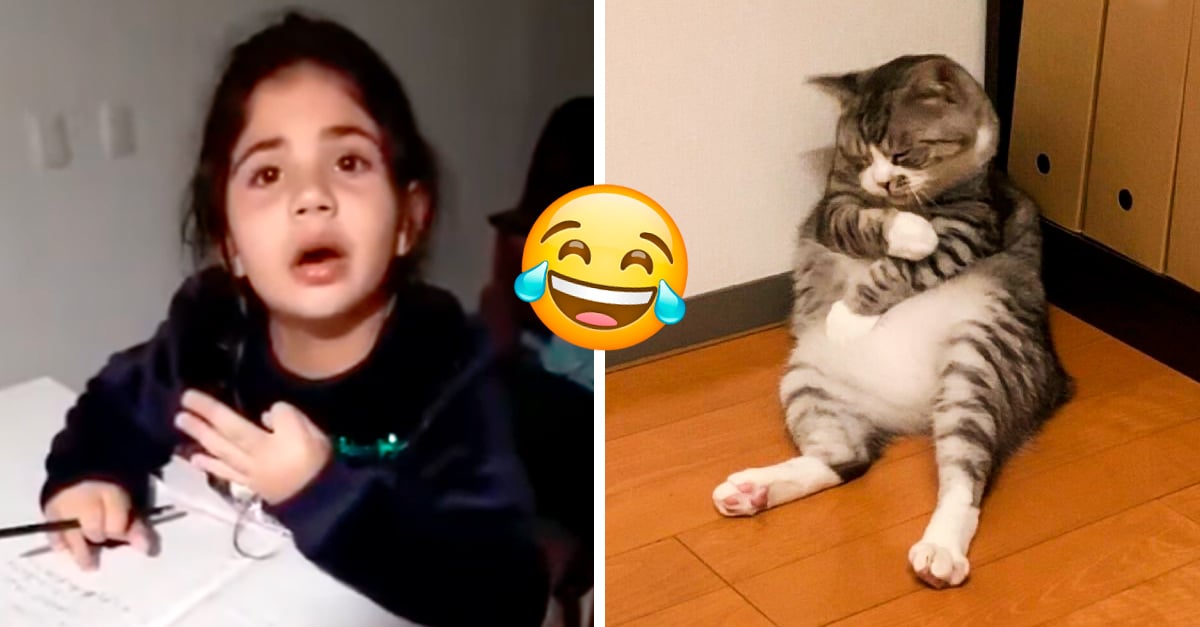 For a long time, when a person was having a bad time or things just didn’t work out for him, it was said that he led the life of a dog or a cat. Today, however, animal rights have changed that stereotype, as people increasingly provide a better, more comfortable life for their pets.

Something that this little girl discovered, because after highlighting several points of advantages that her cat had over her, she came to the conclusion that being a pet is much better than being human.

Through social networks, the video of a little girl who, while doing her homework, questions her mother about the advantages of being human, since, according to what she sees, her cat Pascal has it very easy, because without having to do practically nothing, you receive everything you need to live.

They have no homework, they have absolutely nothing to do, nothing. He just sleeps, he eats, they pet him, they pamper him, he doesn’t have to do chores, he sleeps all day.

Faced with his argument, the girl questions her mother, asking her to tell her the advantages of being human, since she discovered that her cat has no responsibilities, quite the opposite.

Faced with her daughter’s question, the mother is heard trying to convince her by saying that being human has good things:

That benefits? All! Having friends, having a father, a mother, having a house, having food, having an education, imagine. And I can name many more.

Without much success, the woman’s answer did not persuade the girl, since she insisted that Pascal had the same things that his mother had named him and he did not have to do practically anything.

The recording in which the girl questions her role in life and her desire to be a cat made millions of people around the world reflect on her role in life, which led to the video going viral.

The comments were immediate, among which those of support for the girl stand out, while a few other users said that the only thing the girl was looking for was to evade her responsibilities, since being human has many wonderful things.

In the end, the girl, with tears in her eyes, insisted that Pascal had it too easy and she just wanted to be a cat.