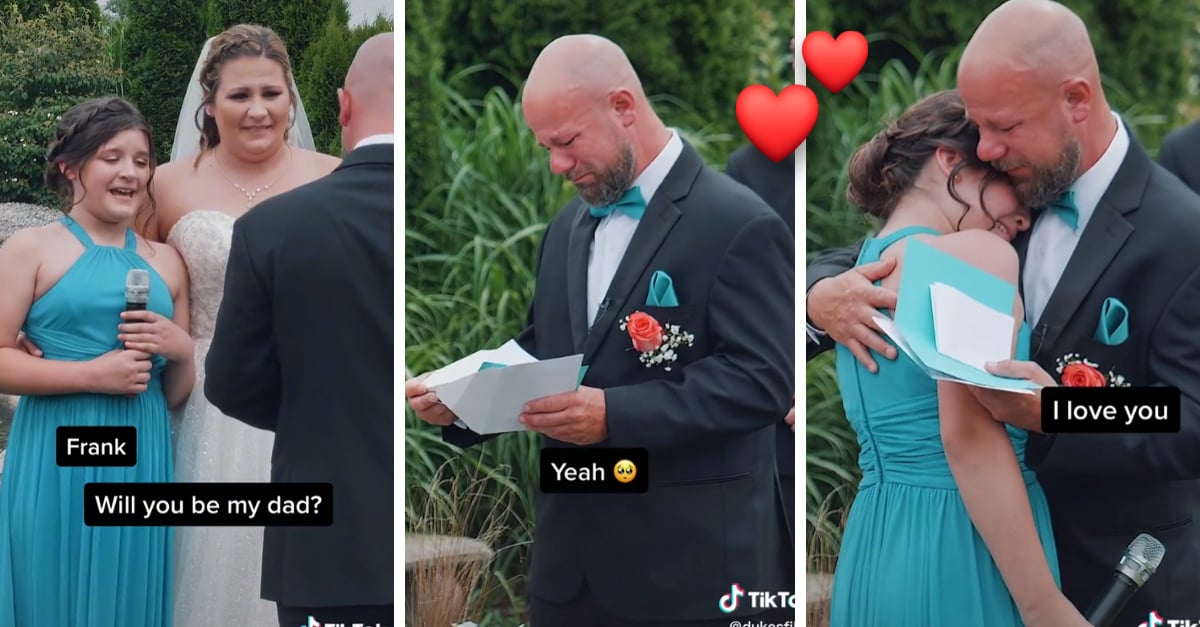 Father is not the one who begets, but the one who is not afraid to take care of you, support you, listen to you and be there for you at all times, even without sharing the same blood. This has been demonstrated by a man who was asked by her stepdaughter to be her legal guardian.

The events occurred on one of the most important days of that man’s life, since he was marrying the little girl’s mother, named Aryanna, when suddenly she appeared at the altar with the adoption papers and the dream that she would be his father before the law, since in his heart, he has already earned that wonderful place.

The events were recorded by Dukes Films and were later shared on TikTok, a social network in which more than one Internet user has been moved to tears.

In the images you can see a beautiful wedding ceremony in which the bride and groom stand out. In addition, the arrival of the bride’s daughter, named Aryanna, is appreciated, who in tears approaches the altar to ask the man who is about to join her mother to officially adopt her.

Aryanna approached her stepfather, handed him a folder of adoption papers, and asked, “I have waited 2,555 days for this moment. Frank, would you be my dad? Without hesitating for a single second, Frank replied “I love you. I’d be happy to be your dad, okay?” The man continued to review the documentation and gave him a big hug, full of love, trust and gratitude.

The little girl said she dreamed of the day her stepfather would marry her mother to be the family she always wanted. This was an important moment for her, as it marks the beginning of a stage that she will never forget and in which she can now feel safe and protected due to that man who, without any fear, accepted the responsibility of loving her, caring for her and raising her for the rest. of their life.

first look at his new film, which asks what would happen if natural elements had feelings

Cristiano Ronaldo and his wife Georgina present their baby girl

After 6 years of trying, this girl managed to get sterilized