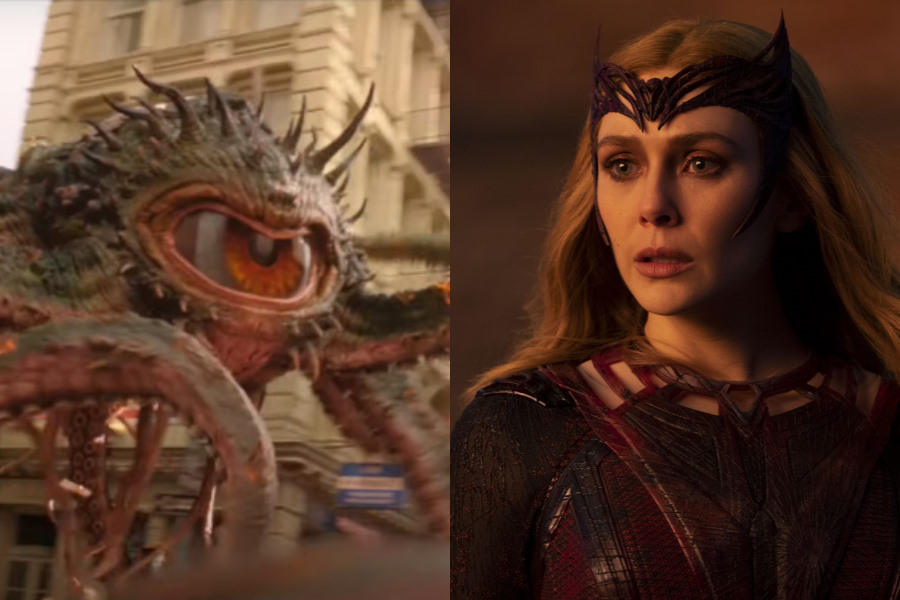 Gargantos, one of the creatures associated with Scarlet Witch in Doctor Strange in the Multiverse of Madness features an easter egg that leads to Wanda Maximoff.

Doctor Strange in the Multiverse managed to bring elements of terror to the Marvel Science Universe, proof of this is the first major battle of the film between Stephen Strange and Wong against Gargantos, one of Scarlet Witch’s allies.

In fact, one of the details that many did not notice revolves around the eye of Gargantos, the first threat that Scarlet Witch sends to the 616 universe to capture America Chavez.

The producer of Doctor Strange in the Multiverse of Madness revealed that Gargantos’ eye was made from a scan of the eyeball of Elizabeth Olsen herself, who once again plays Wanda Maximoff.

#MultiverseOfMadness producer Richie Palmer reveals they used a scan of Elizabeth Olsen’s eyes to create Gargantos’ eyeball as a way to foreshadow the film’s real villain, The #ScarletWitch! pic.twitter.com/tPCQC0jjao

For the build of Gargantos, Elizabeth Olsen’s eye color was changed in the scan, who has green eyes in real life.

This is not the first time that the same protagonists collaborate to build the villains of the film. In the first Doctor Strange movie, Benedict Cumbertbatch himself gave the voice to the fearsome Dormammu, who could be the main enemy of the third movie.

Doctor Strange in the Multiverse of Madness is now available on digital platforms.

It may interest you: The reason why Elizabeth Olsen loves Scarlet Witch

The mother of the Mars becomes an influencer and gives advice

a former contestant explains where alcohol comes from at reality parties