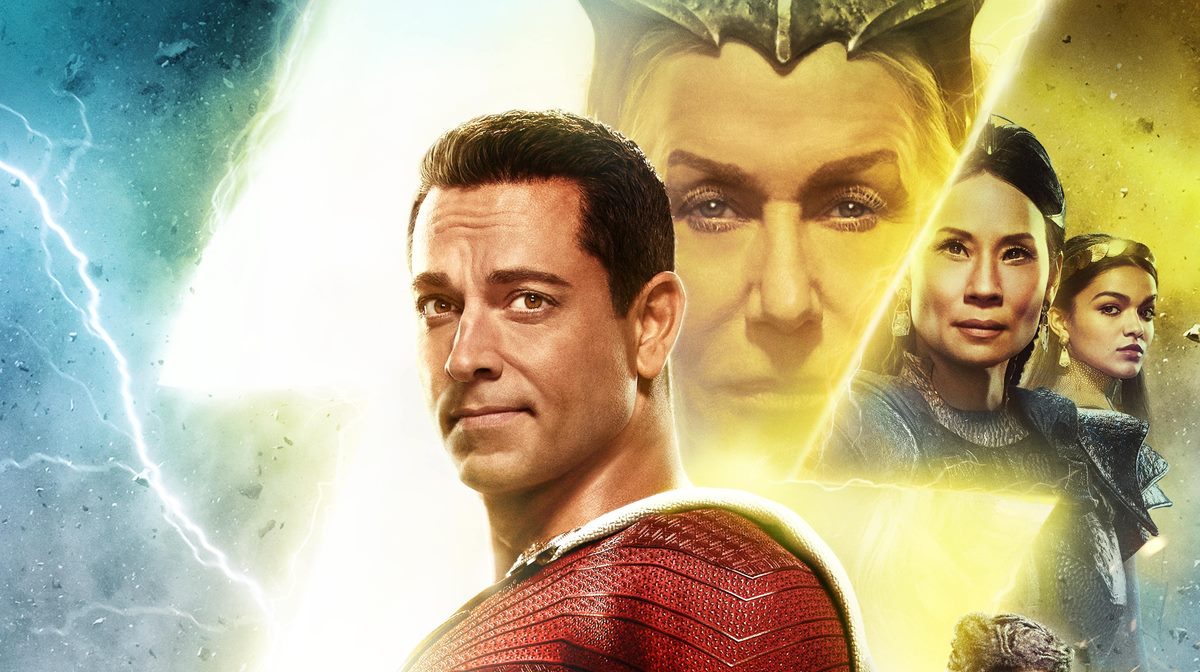 Family is the most important thing and Billy Batson will learn that again in Shazam: Fury of the Gods, a tape that gives us a new poster

The activity of the DC Universe will open in 2023 with Shazam Fury of the Gods, a film that will expand the magic and powers of the Gods of Olympus, in a production that gives us a new poster.

Do not miss: How long will Shazam!: Fury of the Gods last?

In this new installment, Billy Batson, accompanied by his powerful brothers, will see Hespera and Kalypso, the daughters of Atlas, who will seek to seize the gifts of the Shazam family.

DC Comics and Warner Bros. Pictures deliver the new poster for Shazam!: Fury of the Gods, which will hit theaters in March 2023.

And that’s not all, since the new trailer for this production will arrive on January 26, as anticipated by director David F. Sandberg.

Shazam!: Fury of the God added in recent weeks Helen Mirren and Lucy Liu, actresses who will play the villains Hespera and Kalypso, the daughters of Atlas, who will be a headache for Shazam

This tape will also have the incorporation of Sinbad and the singer of Colombian descent Rachel Zelger.

Directed by David F. Sandberg, Shazam! Fury of the Gods will hit theaters on March 17, 2023.

You can also read: The Flash, Aquaman and the Lost Kingdom and other DC movies that will premiere in 2023

The Legends appear in SMASH and DC Comics Mexico

From the ashes of the greatest interdimensional holocaust of all time comes a new generation of superheroes: Wonder Woman, the Suicide Squad, the Flash, and a new Justice League!

But first they must face off against the deadly minions of Darkseid the Destroyer if they are to earn a place alongside Superman, Batman, Captain Marvel and Green Lantern as the greatest heroes of modern times. This is a story of… LEGENDS!

SMASH and DC Comics Mexico bring you Legends, the first great crossover after Crisis on Infinite Earths, with the script of great references such as John Ostrander and Len Wein, and the art of great legends such as John Byrne and Karl Kesel

‘The Rock’ prevented his mother from committing suicide

Has Jacqueline Bracamontes’ husband been unfaithful to her? So have been the rumors

“I was never asked about a sequel”

That’s how they convinced him to star in it

Guardians of the Galaxy Vol. 3: Trailer dubbed into Spanish

Man gives away food and toys to homeless people