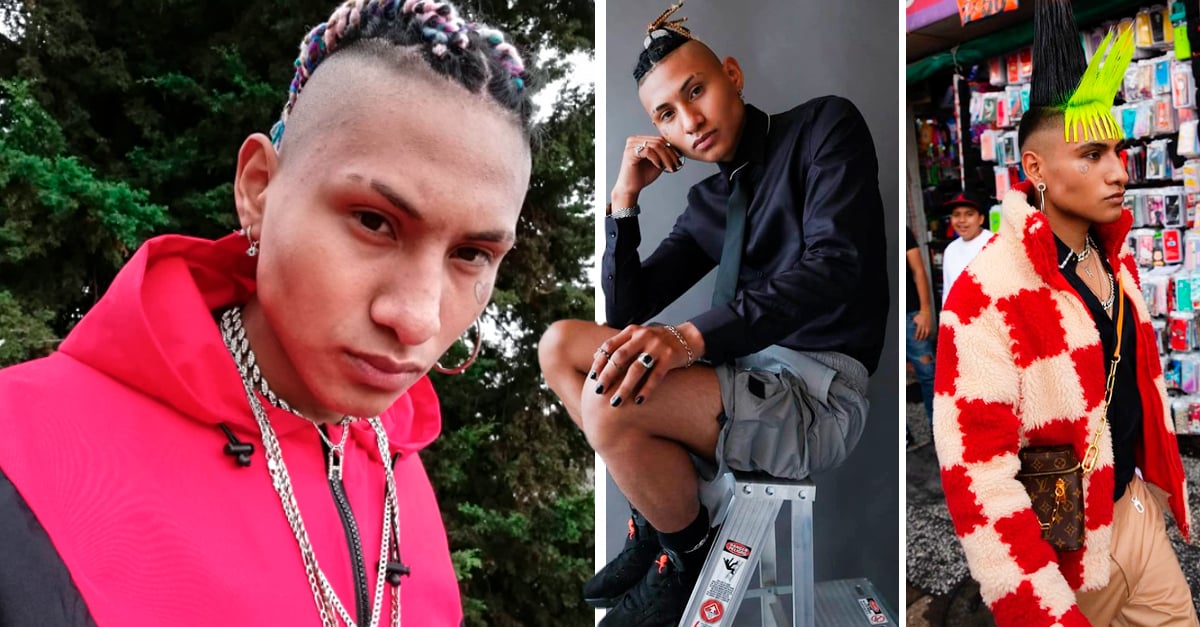 Fashion evolves as societies do, and today stereotypes are a thing of the past. Gone is the exclusivity of people with white skin and light eyes. Today we are facing a new generation of diversity and talent in the fashion industry.

Such is the case of Eduardo Domínguez, also known as Mr. Zero, a 17-year-old model and musician of Otomi origin who has come to break with the stereotypes and paradigms that surround the world of fashion, proudly posing his roots. on each catwalk and on their social networks.

At his young age, his name became very popular after a video on Tik Tok went viral last October. In the clip, Mr. Zero can be seen emerging from a few stairs of the Metro in Mexico City, standing out from the crowd with a super extravagant bright yellow Mohican hairstyle for a Daze brand campaign.

The video became so popular that his number of followers increased considerably, more than one television network reported on his outlandish look, and the media rained down on him wanting to interview him. Due to his publication, it became known that he had been a model for high fashion brands such as Louis Vuitton, Gucci, as well as other luxury brands such as Mercedes-Benz for some time.

Eduardo, of Otomi origin, has not let any opportunity pass him by since life smiled at him when he was only 14 years old. Since then, he has made his own way, always trusting in his enormous capacity in the world of modeling and music, since he aspires to be a great singer of trap.

As if that were not enough, there is an additional reason to be proud of Eduardo, because along with working as a model, he also worked as a cleaning assistant, until he turned 17 and decided to focus on his talent.

Through his social networks he has shared his story and revealed that it was all a stroke of luck, since his life changed for the better during an event in which the photographer Dorian Ulises López Macías was present and decided to invite him to work with him. .

Since then, her career has skyrocketed and, without even imagining it, a year later she was already walking her first runway show during Mercedes-Benz Fashion Week in Mexico.

Although not everything has been hunky-dory for Eduardo, since he has also confessed that, unfortunately, he has been the victim of discriminatory attacks due to his indigenous roots on his social networks, and even in some events there have been occasions in which the security guards They prohibit access because they doubt that it is a model.

Eduardo’s wish is for his case to serve as an inspiration and for more models like him to be given an opportunity within the fashion industry, to be people who truly represent the majority of Mexicans, changing the approach and diminishing the huge gap in which fashion has been conceptualized over the years.

At 54, Eduardo Santamarina embraces his facet of ‘silver daddy’

Three things you will only find in the new Uniqlo store on Madrid’s Gran Vía, the largest in Spain