Friends argue after doing a confession challenge on TikTok 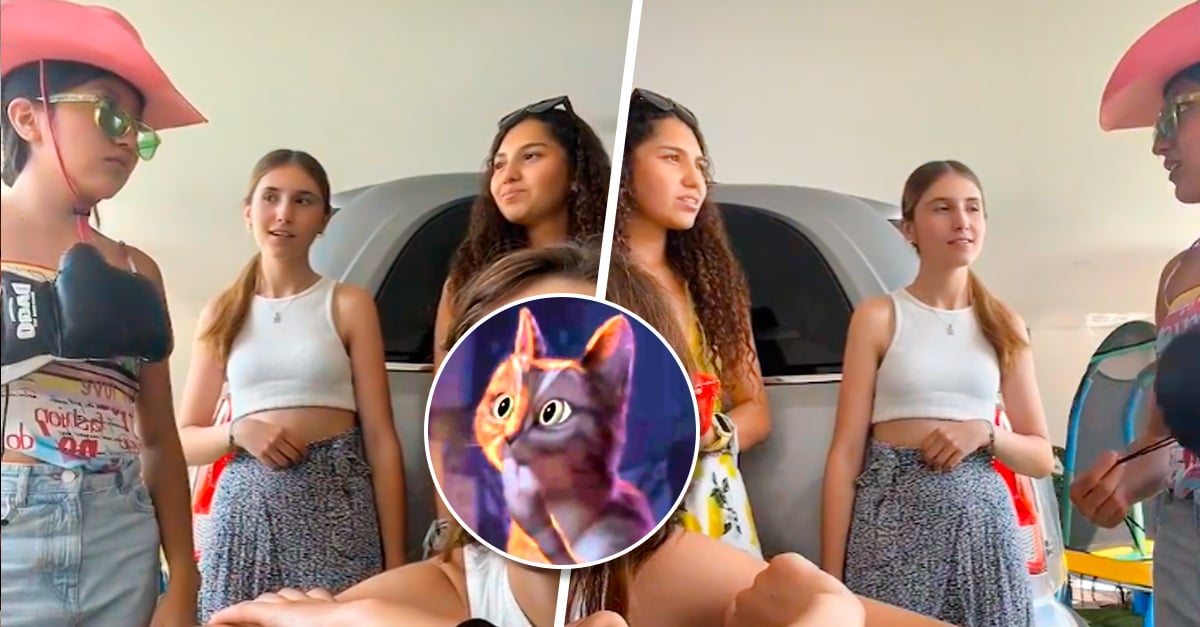 Whether in order to become popular or for simple entertainment, one of the favorite pastimes of TikTok users is to recreate the challenges and challenges that become a trend. Although there are challenges on the platform that are considered dangerous, others seem to be simpler and harmless, but if they are not done properly, they can end even the greatest friendship.

For example, we have these four friends, who in their attempt to do the famous challenge of telling the truth about any of those present without directly mentioning it, ended up in a fight that ended their friendship in a minute.

The famous trend of TikTok known as “Someone from here …” starring a group of friends stopped being funny when after two brief confessions, one of them released a forceful and strong confession that it was evident that they all knew.

The moment turned awkward when Laura said, “Someone here was abandoned by her dad for another family.” The girl’s ill-intentioned comment left in shock to all, mainly to the affected one, who soon took revenge and after apologizing to Romina, another of those present, betrayed Laura of having kissed her best friend’s boyfriend.

After the comment about the betrayal between the friends, an awkward silence arose again and after seeing each other, Laura pretended to be surprised and began to ask why she was saying that. Among the brief claims, another girl in front of the cell phone commented that the only one present who had a boyfriend was Romina, who, realizing the infidelity of what she considered her “best friend” with her boyfriend, decided to get away. her.

Trying to talk about what happened, Laura follows Romina to explain how things happened with her boyfriend. Although they no longer appear in the video, the recording continues and in the background the verbal discussion between the girls can be heard.

The clip soon went viral on TikTok and Twitter, where an infinity of messages emerged that supported the girl in the pink hat, for which the #teamogorritorosita emerged, which caused the video to add thousands of likes and reproductions.

Although the original account where the video was published was deleted, another user rescued it and republished it in another account, where it currently has more than 150,000 views and more than 27,000 likes.

Miranda Cosgrove speaks out about the abuse of Jennette McCurdy