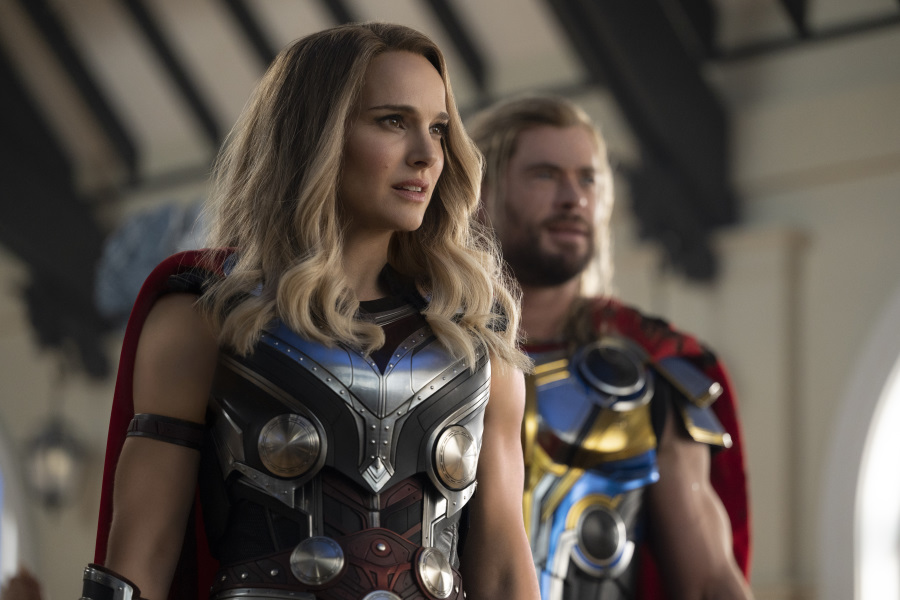 After the premiere of Thor: Love and Thunder, specialized critics highlight the work of Taika Waititi at the head of the film, which has been filled with positive reactions

There is no day that does not come or deadline that is not met, and finally the first exhibitions of Thor: Love and Thunder, a new film from Marvel Studios, whose first reactions have reached social networks.

Last Thursday in Hollywood, the world premiere of Thor: Love and Thunder was held, in the presence of the cast and production, headed by its director, Taika Waititi, as well as those in charge of Marvel Studios, commanded by Kevin Feige.

Without going into details of the plot, those attending this function shared their first reactions to the film on social networks, highlighting that Thor: Love and Thunder is a very colorful film, in which the heart of Taika Waititi is felt.

Another classic Thor adventure! #ThorLoveAndThunder is everything I wanted it to be. Big, colorful, weird Guns N’ Roses-fueled battles to go w/ a hopelessly romantic story about discovering love in unexpected places. Christian Bale & Russell Crowe are especially great. And Korg! pic.twitter.com/fu0gTUuMRj

Erik Davis, editor of Rotten Tomatoes, the most consulted site in relation to film reviews, described this film as “Another classic Thor adventure! Thor: Love and Thunder is everything he wanted it to be. Big, colorful and bizarre Guns N’ Roses-fueled battles with a hopelessly romantic story about discovering love in unexpected places. Christian Bale and Russell Crowe are especially great. And Korg!”.

Thor: Love and Thunder, a film in the style of Taika Waititi

#ThorLoveAndThunder is what you’d expect from Taika Waititi. Full of heart, great music and tons of comedy. Bale is fantastic as #hat , but it’s Natalie Portman who steals the show. When she wields Mjölnir she IS the Mighty #Thor . Another solid entry in the #MCU. pic.twitter.com/KallwLdBl5

Joshua Ryan, editor of FandomWire highlights: “#ThorLoveAndThunder is what you’d expect from Taika Waititi. Full of heart, great music and tons of comedy. Bale is fantastic as #Gorr, but it’s Natalie Portman who steals the show. When she wields Mjölnir, she IS the Mighty #Thor. Another solid entry into the #MCU”.

One of the best movies of the MCU

after watching #ThorLoveAndThunder I can say is one of the best #MCU movies. Humor, action, ❤️, big drama… epic! Great acting. Bale and Portman 👏👏 and Chris always challenging himself. #spoilersFreeReview #Review #thor

Mario Pacheco Székely, a Mexican journalist and film critic, noted: “After seeing Thor: Love and Thunder I can say that it is one of the best movies in the MCU. Humor, action, ❤️ great drama… epic! Great performance from (Christian) Bale and (Natalie) Portman and Chris (Hemsworth) always challenging himself”.

THOR: LOVE AND THUNDER is a rockin’ great time with electrifying action, lots of laughs (the screaming goats!) & a profound story on absent gods & our desire for love. Natalie Portman makes a mighty return & Christian Bale slays it as the terrifying Gorr. The best Thor film yet! pic.twitter.com/s42SkqxlJj

Matt Neglia, film critic and editor of Next Best Picture highlights the film’s soundtrack and action.

“Thor: Love and Thunder is a rockin’ big time with electrifying action, lots of laughs (the screaming goats!), and a deep story about absent gods and our desire for love. Natalie Portman makes a powerful comeback and Christian Bale kills it as the terrifying Gorr. The best Thor movie so far!”.

Thor: Love and Thunder will hit theaters in Mexico on July 7.

It may interest you: Toothgnasher and Toothgrinder, the Marvel goats that you will see in Thor: Love and Thunder