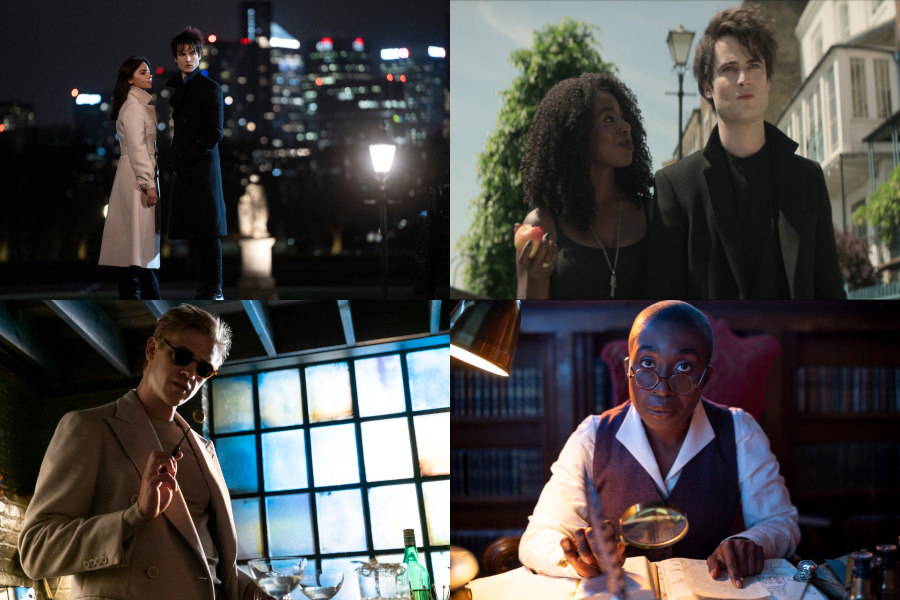 Do not miss: Welcome to the world of dreams! Discover the first Sandman trailer

Leaving his captivity, Morpheus will realize in the ruins that the Kingdom of Dreams has remained.

Some of the postcards that the first season gives us is the meeting between Morpheus and Joanna Constantine, the demon hunter.

Also one of the favorites of Neil Gaiman’s history arrives, Death, the sister of Morpheus and one of the members of the Eternals.

Desire is present in this new image.

Evil comes to this series with Boyd Holbrook, who will be The Corinthian.

Nor can we forget Lucienne, the librarian

Gilbert could not be missing, played by Stephen Fry. Gilbert will be one of those who help Morpheus get out of his captivity and return to the Kingdom of Dreams.

And we can not forget the madness that will cause John Dee and the terrifying adaptation of 24 hours, in episode 5

Welcome to the Kingdom of dreams and nightmares

Do not miss: Morpheus heads the new individual posters of The Sandman