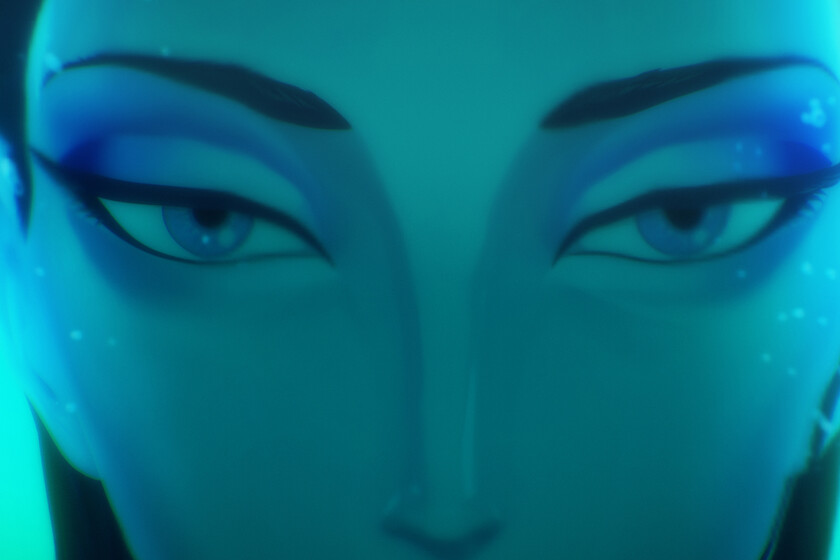 The Netflix’s Geek Week It has been leaving us quite a few advances in terms of its animation catalog.

We could already see some previews of the new He-Man series, it was finally confirmed that ‘Top Secrets’ will have a second season, Junji Itō will premiere an anthology of horror anime, there will be a series inspired by ‘Cyberpunk 2077’… but many other new series will also arrive on Netflix with very good looks and a little more of these new projects have already been seen.

First look at this adult animation project created by the rapper Kid Cudi based on their forthcoming album of the same name. It has been revealed that Scott Mescudi and Jessica Williams will star in the series, which centers on a young man who goes on a journey to discover love.

There is no specific date, but the premiere of ‘Entergalactic’ is scheduled for this year.

We continue with animation for adults with a science fiction comedy from the creators of ‘Paradise PD’. ‘farzar’ follow the Prince Token and his band of misfit adventurers as they venture beyond their human city to battle aliens out to destroy humanity, only to discover that all is not as it seems along the way.

And continuing with established franchises, the first image of the animated series of ‘Skull Island’. In this case, the story focuses on a group of castaways who try to escape from Skull Island and all the monsters that inhabit it… including Kong himself.

Several new anime projects have been confirmed over the week, starting with ‘exception’, a horror and science fiction series where humans have moved to a new planet. To help them in this mission they have a very advanced 3D printer, although the technology can turn against them at any time.

based on the manga by the same name, UNCLE FROM ANOTHER WORLD is an isekai anime about what happens after someone returns from a magical life in another world #geekedweek pic.twitter.com/F0xNj1Symt

We also know that ‘moon rise’ It will be an animated series by WIT Studio (‘Spy x Family’) and directed by Masashi Koizuka (‘Shingeki no Kyojin’). This science fiction story will be developed by the novelist Tou Ubukata and is set in a futuristic world where a young man from Earth enlists in the army to fight against the rebels from the Moon, although he soon discovers that he and his best friend are meeting. on different sides of the conflict.

In addition, images of ‘Uncle From Another World’which will adapt to anime the isekai manga by hotondoshindeiru. This series focuses on a young man and his uncle who has woken up from a coma after 17 years and now has powers and loves video games. None of these anime series have a release date for now, so first you have to be patient to wait for more advances and trailers.