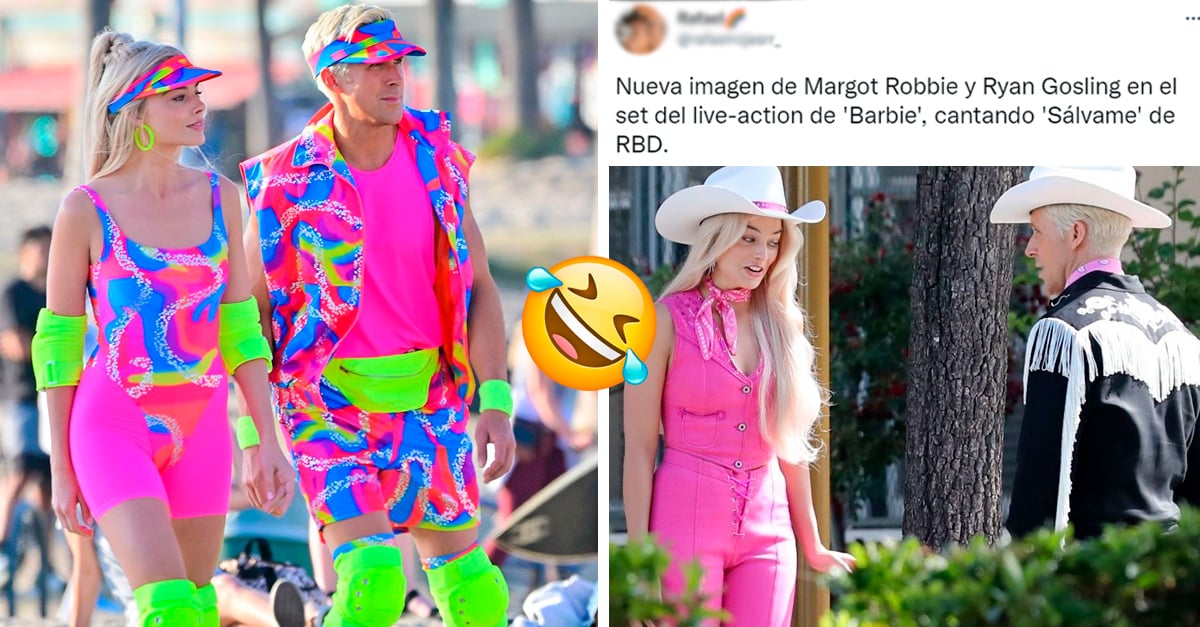 Without a doubt, one of the most anticipated films from Warner Bros. projects is Barbie, the tape that will talk about the most famous Mattel doll. Although it is known that it will star Margot Robbie and Ryan Gosling, its plot and more details remain a mystery.

At the moment, the film is in the process of production and the first photographs showing the actors characterized as Barbie and Ken during the filming of the film on the streets of Los Angeles, California, in the United States, have just begun to circulate on social networks. .

In the images, the actors can be seen in extravagant and flashy outfits skating on the beach, while in other photos, Margot Robbie is seen wearing a matching cowboy hat with a flared pink outfit very 70s style. For his part, Ryan Gosling wears a look black cowboy accompanied by a hat and a pair of white boots.

Seeing them wearing the emblematic costumes of their respective characters only increased the desire of the fans to see the film, which will premiere on July 21, 2023.

The photographs of Margot and Ryan dressed in their Barbie and Ken characters increased the desire to see them in the film, but the actors could not escape the ingenuity of Twitter users, who soon created a series of adorable and funny memes. Here is a list of the most popular ones.

Margot Robbie and Ryan Gosling on the set of Barbie give me these vibes. pic.twitter.com/zSiEgW0aPA

3. I thought it was the RBD reunion

New image of Margot Robbie and Ryan Gosling on the set of the live-action ‘Barbie’, singing ‘Sálvame’ by RBD. pic.twitter.com/2lD4220kAK

4. It is not the same but it is the same

5. They do look alike

How everyone sees Ryan Gosling and Margot Robbie // As I see them pic.twitter.com/EklxZHx0mq

6. It would be a mistake if they don’t

If Margot Robbie and Ryan Gosling don’t sing this song in the Barbie movie, the movie industry loses pic.twitter.com/DY90mDCY3S

7. A tribute to a great goalkeeper

I really like the tribute they will pay to Jorge Campos, Margot Robbie (Barbie) and Ryan Gosling (Ken) in the next live-action ‘Barbie’ movie pic.twitter.com/00DUCUAnEh

8. We all thought she was naked.

Wow Margot Robbie is a goddess…
Why is there a naked girl there?
Oh no, if he wears a suit
Oh and Ryan also appears https://t.co/wMHfdJ9I7p

Jennifer Lopez and Ben Affleck got married in Las Vegas

Take advantage of the PcComponentes PcDays with the great offer on this Samsung sound bar: 410W of power and Dolby Digital