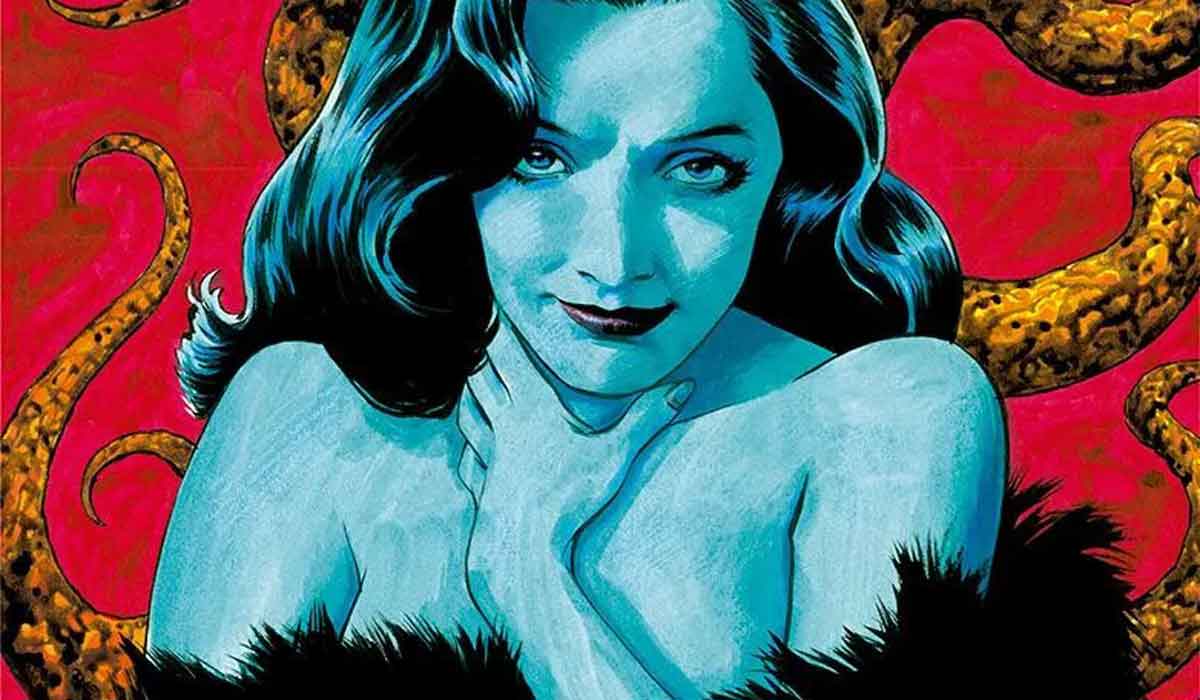 Cults, black magic, crimes and the world of cinema since the beginning of the 20th century, Brubaker and Phillips come together to go through the century through the eyes of a Fatale woman for being beautiful.

Redefining and updating genres can’t be done by everyone, but Ed Brubaker and Sean Phillips have been doing it with noir for so long that it’s no surprise that each title that bears their signature is different and becomes an almost instant classic. The Fatale compilation came at the best moment for the couple and the new reissue brings the story back to the forefront. At this time when Lovecraft and horror are in fashion, the collection once again reserves a prominent place among the publications that fill the shelves.

panini comics reissues Fatale, a story that follows Jo, an immortal woman, whose life should be easy, but the origin of that eternal life and how to preserve it are dark secrets that not everyone can accept. A story of obsessions that go from father to son, a thread of clues that tangles and reveals strange mysteries and dangerous rituals. Life is not easy for Jo, but she has lived so much and so many things that surviving is ultimately an instinct that always comes up. A journey through different times and worlds that reveals the best and the worst of humanity.

Brubaker and Phillips, because we cannot separate them when we talk about the work as a whole, give us a review of the world of famous Americans, film and television, friendships and their development, obsessions and secrets hidden in dark pulp books. A framework designed to serve as the setting for many stories in which JO, that femme fatale who cannot avoid being loved, and becoming an obsession, advanced and saw the world mutate and change, while the powerful continued to search for her. Because if something does not change, it is that the elites always want more, to always be on top.

fatal it is a work that has a central story, and many stories that weave and resolve throughout the series. Leaving an air that can often be choral, others of criminal or police entanglement. Emulating Elmore Leonard, James Ellroy and linking him to Lovecraft or Ashton Smith, sometimes reminiscent of Carpenter, he visits numerous settings to tell a simple story, life as a curse.

Phillips cannot be separated in the last years of Brubaker. It seems that the writer monopolizes the artist, which is good news since the cartoonist squeezes the texts leaving vignettes and vignettes full of strength and life, with spots and lines that mark the reader. Canonical page compositions without metanarrative games, straight to the face and without keeping anything, this is how Phillips draws. And this is how work by work he has achieved a level of exact precision to tell the violence and the feelings that are just and necessary, sometimes exaggerated to the limit of believability, others so minimized that they are more terrifying for not seeing them. An author who always leaves a mark.

The reissue of fatal recovers a title that was somewhat forgotten in the career of both authors. Which perhaps received less attention by including that supernatural and magical element with primal gods lurking beyond the threshold of our perception. But it deserves an approach, overcome the buts, and read a work that is much more than it seems. And that in a Brubaker and Phillips comic is saying a lot.

Dare to enter a world hidden in the shadows of your everyday life!

Description : The masterpiece from the authors of Criminal and Incognito! In Fatale, secrets, lies, terror, lust and monsters from the night of time come together. Today, a man becomes obsessed with a woman. Meanwhile, in the fifties, the same woman destroys the lives of all those who cross her path. What horrible secret does he hide? Only Brubaker and Phillips could have united the noir genre with the horror of HP Lovecraft!

Sfera has the three most beautiful party dresses for this Christmas that look luxurious (but cost less than 60 euros).

Cleopatra’s makeup | Like she was? What was it made of?

Video: Kimberly Flores is criticized for taking the tip that Edwin Luna left for the waiter