Family organizes a great party of XV years for their dog 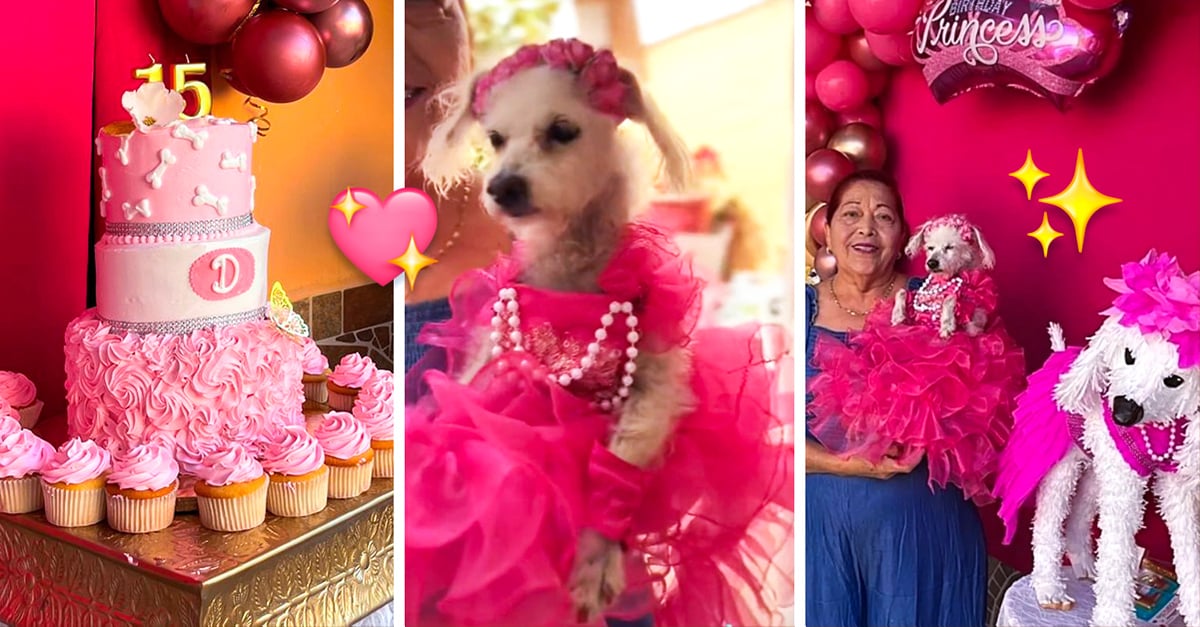 Lomitos are such extraordinary beings that there are people who would do anything for them; We are not just talking about rescuing them and giving them a decent life, curing them and taking them to the vet, but about adopting them into our lives to the point of even celebrating their birthday.

But we are sure that no one threw the house out the window to celebrate their beautiful princess like this family. With a dress, cake and even a waltz, they put on a fifteen-year-old party for their dog and went viral on the Internet.

Everyone knows that it is very important for Latino families to celebrate 15 years, and this family was no exception. They all organized a real party to celebrate that their dog was reaching the age of illusions – well, at least that’s what they say for quinceañeras.

On March 12, the photos shared by a user named Marxavitia along with a peculiar story began to circulate on social networks. According to the young woman, her family, originally from Loa Mochis, Sinaloa, Mexico, organized a mega-party to celebrate the fifteen years of the dog that belongs to her grandmother.

The family invited other puppies for the celebration and once the guests arrived they were able to enjoy a delicious barbecue, candy table, balloons and also a pretty dog. But that was not all, Dory, as the dog is called, they put a dress of hers and even sent her to make a piñata that looked just like her.

As expected, the story of this dog and her pachangón went viral on social networks, some users applauded that the family did this kind of thing for their dog and even commented that this quinceañera was much better than theirs. And we cannot deny it, if they even danced a few cumbias, the only thing they lacked was dancing Waltz Time from Chayanne to make everything perfect. Still, we love you very much, Dory.

What is the mandatory dog ​​insurance required by the Animal Welfare Law?

This camera is the revolution to take pictures of your dog

Pianist plays “On the radio a pigman” in a luxury restaurant

Christian Burgos who is