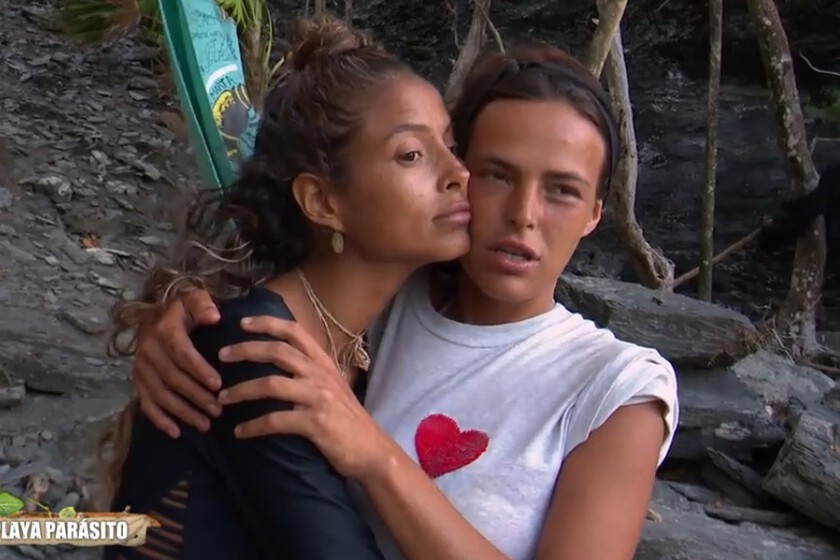 At last night’s ‘Survivors’ gala, as usual, it was announced which contestant left the island definitely and, in addition, the contest did not miss the opportunity to make a long-awaited family reunion.

Among last week’s nominees, Nacho, Ignacio, Kiko and Mariana, it was the latter who became a parasite along with Marta. The thing was between the two of them and, continuing her streak of recent weeks, Marta was saved again and was Mariana the expelled contestant: “I knew it”.

“This girl deserves everything. I swear it was my best three days with her.” Mariana said goodbye to the program with all good words for her partner: “The people who have supported me, please support this girl. She’s the only honest one on this show. The same thing he says behind the camera he says in front of it.”

Marta responded with another farewell: “I doubted her a lot when I listened to videos in the Palapa (…) but I saw her again and I was with her here again and is the Mariana that I knewand they both hugged.

On the other hand, the program could not miss one of its gold mines: the Anabel-Yulen couple. To liven things up, Arelys, Yulen’s mother, visited the island. Yulen took advantage of the occasion to present officially his relationship with Anabel before his family: “Spain, we have a relationship!”. Her mother gave her approval to her daughter-in-law: “The doors of my house are open for you.”

About the meeting between Anabel and Arelys, there are those who did not see it with such good eyes: Mercedes, Anabel’s mother, did not stop when it came to sharing her impressions of it on networks. “What a lie, my mother. How naive, my daughter” he posted, referring to the polygraph to which Arelys underwent, where he showed his reticence towards the Pantoja family.

Marvel requested that She-Hulk not be “too muscular”