Explanation of what happened with the Grand Inquisitor 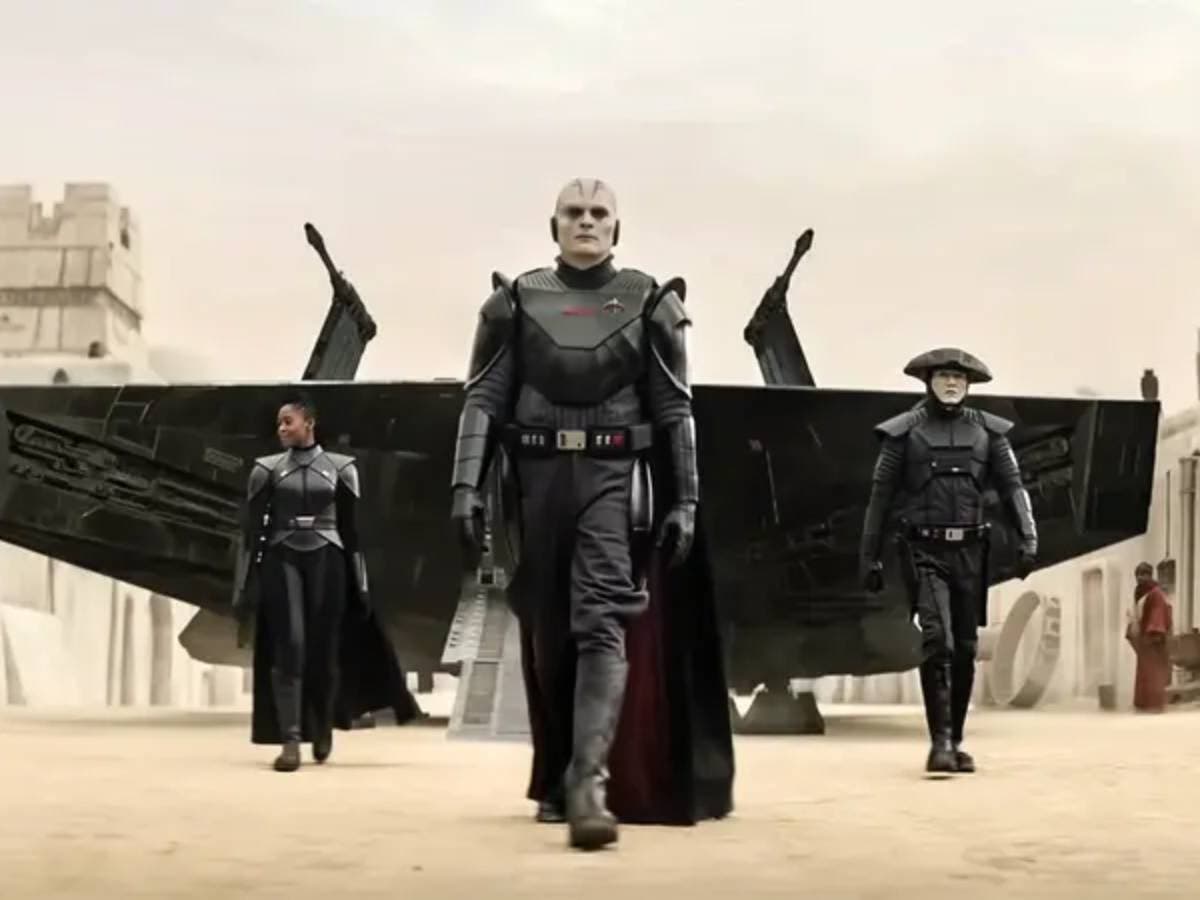 What happened to the Grand Inquisitor in Obi-Wan Kenobi? There is controversy over his relationship with Rebels, but this is the most logical explanation.

The first episode of Obi-Wan Kenobi has wasted no time in presenting the Grand Inquisitor. Arrives next to Third and Fourth Sister and the Fifth Brother a tatooine. They are looking for a Jedi who is hiding in a local cantina. His anger increases when she discovers that Reva is more interested in finding the Jedi Master exiled than in leaving his current mission in a rage.

After the opening cutscene, the Grand Inquisitor’s screen time has been drastically reduced. His character, therefore, cannot be as crucial to the story as the viewers of starwars we believed in the first place. However, in the second episode she reappears. This time she is on the planet Daiyu. still pissed off with Reva. she is obsessed with Obi-Wan Kenobi. Reva has hired a group of bounty hunters to capture the Princess Leia in Alderaan. Afterwards, he orders them to take the girl to Daiyu because she knows that she will attract the exiled Jedi Master.

Finally, Reva catches up with Obi-Wan Kenobi and Princess Leia. He chases the character from Ewan McGregor until the Grand Inquisitor appears behind her and arrogantly tells her to step aside so he can show her how to trap a Jedi of that magnitude. However, in a shocking turn of events, Reva turns on her boss and impales her lightsaber through her torso. The leader of the Inquisition seems to lose his life in Daiyu. But is he really dead?

As many Star Wars fans will know, the death of the Grand Inquisitor is practically impossible due to the antagonistic role he plays in the first season of Star Wars Rebels. The animated series Dave Philoni takes place five years after Obi-Wan Kenobi. The question, therefore, is not whether he is dead or not, because we already know that he is not. We must now answer how she has been able to survive.

How could he have survived Reva’s attack?

After Reva stabbed the Grand Inquisitor in episode two of Obi-Wan KenobiIt seems clear that he is dead. She falls to the ground, and then we see a close-up shot of her with her eyes wide open and not breathing. Logic makes us believe that there is a “trick”. After all, this is Star Wars. No one ever dies completely, if not ask Darth Maul.

There are more examples. In the first season of The Mandalorian, Fennec Shand she gets shot in the torso and we pretty much gave her up for death in the sands of Tatooine. However, she then she came The Book of Boba Fett and revealed that the former bounty hunter saved his life. He took her to a body modification parlor and replaced her midsection with cybernetic technology.

The Grand Inquisitor’s wound is almost in the same place where Fennec Shand was shot. Like a blaster, a lightsaber is so hot that when it cuts through the skin, it cauterizes the wound, making it nearly impossible for the victim to bleed to death. However, there’s no arguing that a lightsaber wound is more fatal than a blaster. Therefore, another key to his survival is the anger he feels towards Reva in Obi-Wan Kenobi.

Darth Maul was totally sliced ​​in half thanks to Obi-Wan Kenobi in The Phantom Menace. He was so fueled by anger that he was able to survive. Yes, with much suffering. After Reva stabbed the Grand Inquisitor, the villain will definitely develop an even stronger hatred for her than he already had. This would allow him to stay alive long enough for one of the other Inquisitors to find him and take him somewhere where he can be cured.

Would cybernetics affect your role in ‘Star Wars Rebels’?

The most logical thing would be to think not. when we saw it in Star Wars RebelsHe was wearing full armor and nothing of his “real body” was visible. He cannot be seen in the animated series. So the wound wouldn’t affect Star Wars canon because there’s no way to check.

The biggest problem, as argued in TheDirectwould come if they really say that he has died in Obi-Wan Kenobi. That means Obi-Wan Kenobi would have “decanonized” the first season of Star Wars Rebels. Given that the show aired during the early days of the so-called “Disney era,” it is highly unlikely that lucasfilm make that decision. And more being Filoni in the middle.

Perhaps there is another problem and that is his role as leader of the Inquisition. If I had to live on cybernetics, Darth Vader he would doubtless question his ability to lead the pack. In Star Wars Rebelsthe Grand Inquisitor communicates directly with the sith lord and take orders from him. None of the other Inquisitors openly opposes him. It would greatly damage his reputation as a Jedi hunter if, as a leader, one of his subordinates had seriously injured him.

Will we see him again in the next chapters?

There will definitely be at least one or two more scenes of the Grand Inquisitor in Obi-Wan Kenobi. It doesn’t matter if he ends up living or dying, but there has to be some kind of explanation regarding Star Wars Rebels. Maybe we’ll even end up seeing a visit to roadwould it seem strange to you?

However, it is almost safe to assume that there will be no truly significant appearances in the final four episodes of Obi-Wan Kenobi. One of the main plot points of the first two chapters has been the conflict between the Grand Inquisitor and Reva. She almost killed him, so her hatred of Reva is only going to grow. However, if he returned in full force later in the series, their rivalry would eliminate the show’s main conflict. Disney+.

This could be Reva’s way of taking over the Inquisition from now on, as a promotional image shows the Third Sister with the rest of the Inquisitors without the Grand Inquisitor in sight. If, for some reason, the leader does not respawn in Obi-Wan Kenobi… We would be talking about a huge script hole in the Star Wars canon.

In short, it is not possible that the Grand Inquisitor has died. Much like Darth Maul did, his anger will likely keep him alive long enough for him to get the cybernetic repairs he needs to come back in style.

Explanation to the 14 Universes we see