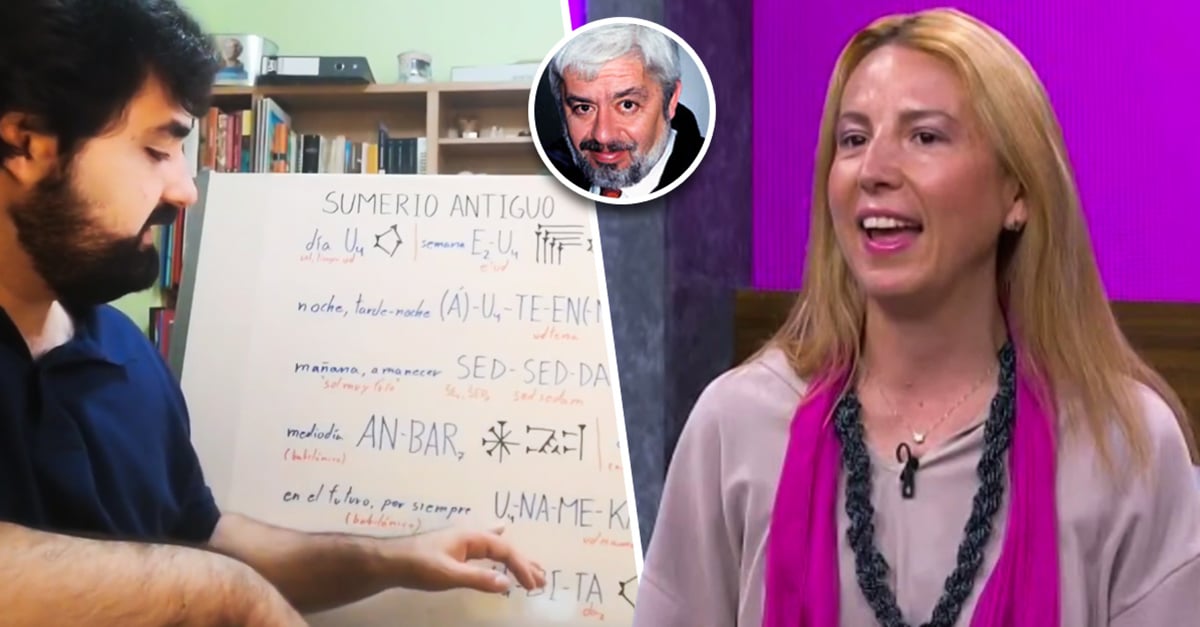 After Mafe Walker spoke alien language on the morning show joy come, The social networks were filled with memes and although this seemed funny to the community, the experts took on the task of showing that the woman is a fraud.

Language expert and Twitter user @arycarangi explained that Mafe does not speak an alien language, but ancient Sumerian.

you know that my profession calls me and I investigated the language of the lady of galactic codes.

It is mixing sumerian phrases acquired from a mini course either on youtube or in some translated reference along with glossolalia.

Be careful because you don’t play with Sumerian. https://t.co/4j9gDGsZav

According to @arycarangi, Mafe scammed both the Mexican television station and the people to whom he teaches courses, because far from speaking an alien language, he only has some knowledge of ancient Sumerian.

You can also connect with the aliens if you study dead languages ​​and ramble on the other words.

The user @arycarangi took on the task of sharing a video explaining ancient Sumerian and, apparently, the phrase that Mafe pronounced on television is a mixture of meaningless expressions.

It caught my attention because I knew I had heard some of his phrases somewhere.
When I researched about dead languages ​​at the university, Sumerian caught my attention, years later digging on youtube I saw some free classes, listen to this phrase: pic.twitter.com/MDDKd0soGn

At the end of the day, the lady is exploiting their ignorance by charging them for something she watched for free on YouTube for three years. I recommend that you better invest in a course of dead languages ​​where they will tell you that it is Sumerian. It is more feedback knowing that you are pronouncing and not that they communicate with aliens from the annanuki building because I already know that they are going to touch on that topic…

It seems that Mafe can’t communicate with aliens after all. However, she has taught him a great lesson by reminding viewers and social media users not to believe everything they see on screen, not even to create memes.

Aleska denies Miguel Mawad: “I am not a prostitute, I am not a drug addict, or anything he is saying”

Collect 2 million signatures to get Amber out of ‘Aquaman 2’