Exclusive: “No one wants to see Gorr’s butt”: Christian Bale 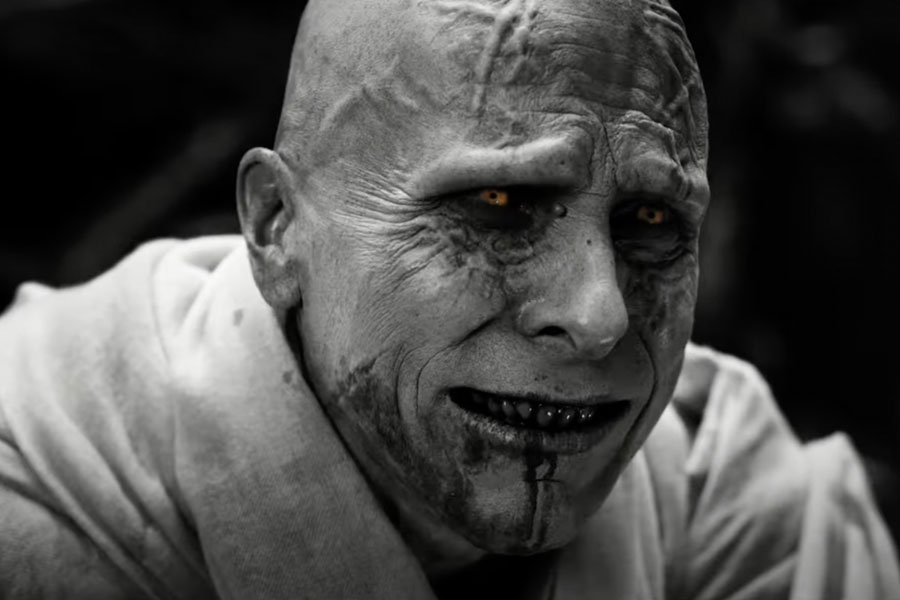 Christian Bale talks about Gorr, the villain from Thor: Love and Thunder who Chris Hemsworth has declared to be his favorite from the MCU.

Before the premiere of Thor: Love and Thunder, we had the opportunity to attend the global press conference with the cast and creatives of the film. In the interview, Christian Bale spoke a little about how he approached the character of Gorr, whose purpose is to end the lives of the gods.

Don’t Stop Reading: The Comics You Should Read Before Watching Thor: Love and Thunder

In the talk, they talked about how Taika Waititi knew how to exploit the fun and youthful side of Chris Hemsworth, something that the public easily recognized and that has led him to be the only character in the MCU with four films. In Christian Bale’s turn, they talked about how he approached the character, what his opinion was when he saw the art and how they wanted Gorr to be. To then give way to physical, emotional and mental transformation.

In response, Bale commented: “You were talking about what everyone was looking for in Chris. I think in Gorr, they’re looking for an actor at the polar opposite. Someone unrelatable, a bit lonely, creepy, someone no one wants to be around, and no one wants to see his butt. And so, I think they said: Yes, we found it in Bale.

What was the key to creating Gorr?

When Bale was asked how Gorr fits into his wide-ranging filmography, and what his reaction was to seeing his make-up look, he replied: “I loved it, because you really don’t know exactly what you’re doing with a character like that until you see it. completely, it is in your imagination. And we didn’t have that much time, you know, we talked about it during quarantine and in an abstract way. But then we did it, and it worked fine.”

“He was a godly man with tattoos and he’s had them removed, so he would have all those scars. And that’s when you really start playing with it and experimenting while shooting. You know, you find out as you go.”

“There is great pleasure in playing a villain”

At some point in the talk, it was Chris Hemsworth who spoke about Gorr, mentioning that “He’s my favorite villain from the Marvel Cinematic Universe, and I love everyone I’ve worked with, but this one was particularly special. And he has a lot to do with what Christian has said before, there’s an empathetic quality, there’s a vulnerability. You find yourself saying, oh, what he’s doing is wrong, but I understand the kind of demotivation behind it. And every time you work with someone different, different characters bring out different things in you, and that was the case here. And yes, he did an amazing job.”

For his part, shortly before Christian Bale had also pronounced himself to be a villain: “There is great pleasure in playing a villain. It’s much easier to play a villain than a hero. Chris had a more difficult job, you know. Everybody’s fascinated with bad guys… And so the beauty of it is that Taika can make it fucking hilarious and really moving. Then, you know, I don’t know I don’t know if it’s a stretch to say sympathy, but you certainly understand why this guy is making horrible decisions. He is a monster, and he is a butcher. And there is a small chance to understand why he came to be that way.

The origin of Gorr awaits you in our online store with:

Thor’s battle armor: discover its origin in the comics