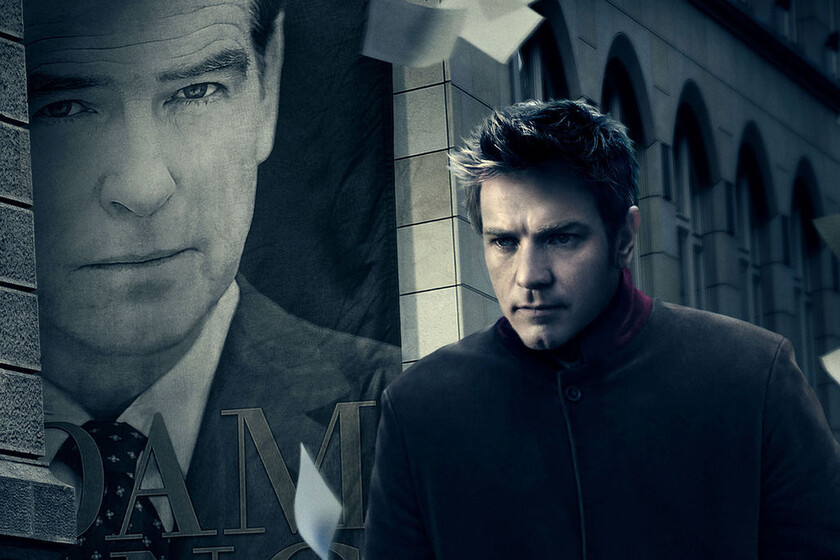 The race of Ewan McGregor it is full of strange and irregular projects that leave a career perhaps less interesting than his fame -and, why not say it, his talent- suggests. Of course, has played iconic roles as his protagonist in ‘Trainspotting’ and that of Obi-Wan Kenobi in the Star Wars prequels, in addition to the beloved ‘Moulin Rouge‘ or ‘Big Fish’ that marked an entire generation of moviegoers.

A priori, it does not seem that he made the wrong decisions. He combined his period in Star Wars with Tim Burton projects, Baz Luhrmann, Todd Haynes, Ridley Scott, Michael Bay, which sounds great on paper. Not all projects, unfortunately, clicked, and ironically one of his greatest successes came from a decision that, today, seems very questionable. But there’s no denying that’The writer‘ is one of his best movies, and we can get it back on HBO Max.

It is a questionable choice, obviously, for linking with Roman Polanski, a filmmaker as emblematic as it is problematic for his flight from justice for decades. That doesn’t necessarily speak against his movies, but it does speak against an industry that conveniently turns a blind eye even if it has to hook up with atrocious people.

That is why I will not judge whoever decides to skip this recommendation, even if I sincerely believe that it is one of the best thrillers of the past decade. McGregor is ‘The Writer’ of the title, who takes a nasty assignment as a “black” or “ghost writer” to do the memoir of a British Prime Minister, played by Pierce Brosnan. He is unpleasant, apart from professional frustration, because he has to continue the work of another writer, who died during the commission.

Shortly after starting the work, a scandal is uncovered that could mean a war crime for the ruler, by authorizing the illegal capture of terrorists so that they could be handed over to the CIA. This geopolitical framework will uncover a series of intrigues and dangerous mysteries for our writer, who will make a descent into hell as he uncovers the truth.

All these elements are good to shape a conspiracy thriller, a trademark of the French director, who is not satisfied with complying with the basics. The perfect handling of suspense, the sordid elegance at the time of telling and the splendid direction of actors they make ‘The Writer’ an entertaining show without the need for great tricks. The twists are made with gusto, and the War on Terror readings of the Bush administrations in the US and Blair in the UK are very sharp.

The execution is so sublime, it’s hard not to call it Polanski’s best film of the last 20 years by far (and not just because the competition isn’t very far beyond ‘El pianista’). It also goes straight to the best of McGregor’s career, both for the joint result and for his individual work. ‘The Writer’ is one of those movies that has you on board all the time, and you end up not only satisfied, but with the feeling that you’ve seen an outstanding style exercise.