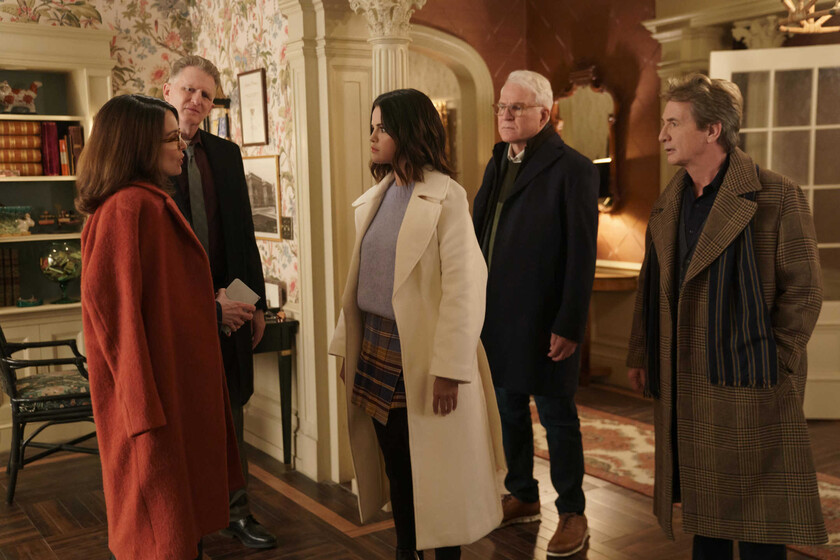 It surprised us in 2021 as an excellent mystery comedy and in 2022 it once again claimed a place among the best comedies of the year. ‘Only murders in the building‘ (Only Murders in the Building) has managed to win a place in our hearts and will soon return with a season 3.

In this way, the Hulu series, which we see in Spain via Disney+, will return soon with new episodes and a new mystery for the trio formed by Mabel, Oliver and Charles. Let’s go over everything we know:

To find out what season 3 is about, we have to go to the epilogue of the previous season. As in its first installment, it ended with the same death: in this case that of a new character, Ben Glenroy, protagonist of Oliver’s play, who collapses in full performance.

The little that is shown hints at a certain rivalry with Charles, which would place him again as one of the suspects. And so far we know. Yes, John Hoffman wants to explore Oliver’s emotional ties to his theatrical world:

«I would only say that this series has always had a touch of theatrics in the way it tells its stories. If season one was more focused on the emotional storyline of Mabel and Tim Kono, and season two was a little more connected to Charles and his relationship with his father and himself, I’m very excited to lean into the theatrical side of New York and also with Oliver and his world.»

Be careful because this season we have luxury signings. On the one hand we saw paul rudd Playing dead this time. A signing that John Hoffman, showrunner of the series, explained:

“We are all his fans. But also, Paul has a very close relationship with Martin Short and he also did a movie with Selena, and she adores him. But the trigger is that Paul has revered Steve Martin since he was little, so it all came together in this one big request. We were saying, is there a world where a fat movie star could come do these five minutes for our season finale? But more importantly, when we go to shoot Season 3 many, many months from now, would he be available because he’s now a certain type of victim within our show? We need to have time with him; Would he come back and play with us in Season 3? God love Paul Rudd because he immediately said yes. »

He is not the only striking signing, since both Jesse Willams and the great Meryl Streep will also be in this new season of the series, which will continue to star our trio made up of Steve Martin, Martin Short and Selena Gomez.

About the rest, there we move in more uncertain terrain. It seems likely that we may see tina fey already Da’Vine Joy Randolph like Detective Williams.

Filming for season 3 has already started. This was announced by Selena Gomez herself through her social networks. John Hoffman will continue to helm the series as showrunner.

Today The premiere date for this season has not been revealed. 3. It is expected, yes, that they follow the calendar of other years and that we can see the new episodes this summer. Maybe later because they started shooting a little later than usual. In Spain it is broadcast on Disney+.

for now, We do not have a trailer or images from season 3 of ‘Only murders in the building’.

A member of Pandora told that Pelé wanted to conquer her

Season 13 of ‘La que se avecina’ will finally feature José Luis Gil, but not in the way we all wanted

from genderless uniforms to the pin with the preferred pronoun

Son gives Pinocchio doll to his father and fulfills a dream