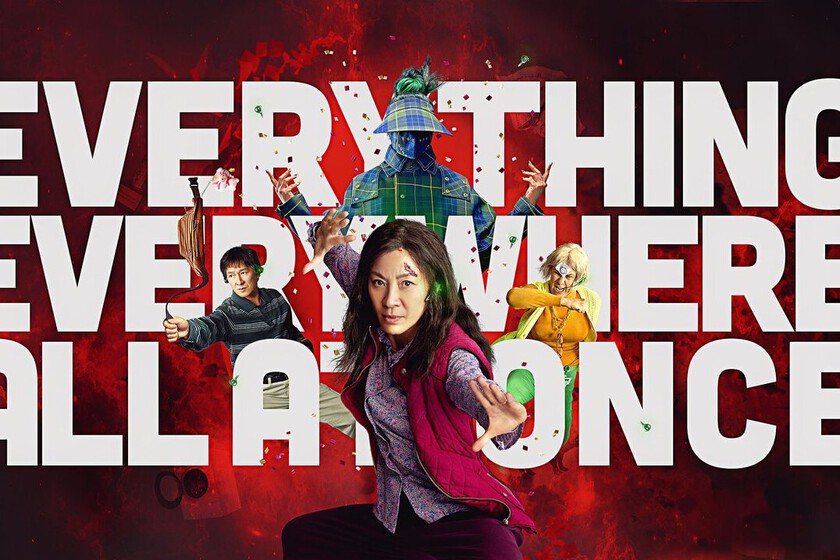 Every time a new installment of a franchise, superhero movie, remake or late sequel arrives in our theaters, there are many of us – among whom, as a general rule, I include myself – who shout to the sky pointing out the presumed lack of creativity in an overly affluent film industry and that gives the green light to feature films based on market studies and not the attractiveness of the projects.

However, a brief reflection away from outbursts, invites us to see clearly that the real problem is not in the lack of creativity, but in the lack of risk. Projecting your gaze away from the tangle of the big studios helps to discover countless commendable anomalies that are usually buried under the gigantic advertising campaigns of the competition, or ostracized at the bottom of the catalog of a streaming platform.

But, sometimes, the miracle works and a jewel as strange and delirious as ‘Everything everywhere at the same time’ manages to stand out without the need for a single cape or mask. In this case, it only took the talent and overflowing imagination of two directors like the Daniels and the courage of a studio like A24 to shape one of the great bombshells of 2022, and to which it is, without a doubt, the multiversal film of the year.

When ‘Everything everywhere at the same time’ was announced, the only detail that emerged about its plot pointed to a story about “a woman trying to pay her taxes” but, as expected in the case of the duo composed of Daniel Kwan and Daniel Scheinert, this is just the nondescript starting point for an enviable display of artistic freedom, lack of complexes, self-awareness and genius.

In just over two hours, the film serves a multiverse on a silver platter in which everything, absolutely everything, is possible, in a difficult proposal to catalog in terms of gender, remaining halfway between science fiction adventure, family drama and martial arts cinema in the purest Hong-Kong style. A tremendously effective, exciting and surprising cocktail before which it is almost impossible to blink.

As in the conceptual and inventive, ‘Everything everywhere at the same time’ is dazzling in technique and execution. This begins with a world-class visual treatment by PDO Larkin Seiple—the games with the aspect ratios are magnificent—which strikes gold from the equally brilliant production design; and it extends to some choreographies with an old flavor and an impossible montage that manages to give coherence to the chaos. And all with just 25 million budget that should make their billionaire counterparts blush.

However, above all that has been mentioned so far, if the new Daniels has become an unexpected success despite its indisputable rarity, it has been thanks to its true core: a assortment of characters led by Michelle Yeoh’s Evelyn – splendid, as usual – conceived with care and that facilitate instant empathy through their existential crises and worldly problems past laps.

The only “but” —deep down, there is always one— that I can put on an ‘Everything at once everywhere’ that we should keep like a treasure, is in turn found in its greatest virtue: its excesses. Just like what happened to me with ‘Swiss Army Man’, I feel that those responsible are not capable of saying “enough”, of putting the brakes on and letting the drama breathe enough between insane gags and setpieces, each one more surprising. But this, ultimately, is just a small detail of this oasis in the middle of a desert populated by clones and corporate cowardice. We need more daniels in our lives.