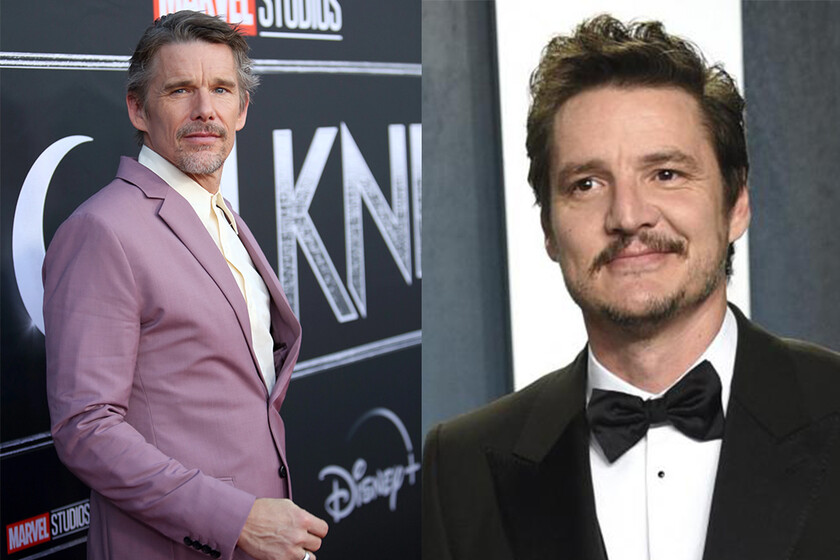 At the beginning of the disastrous 2020 —shortly before everything went to hell— we learned that Pedro Almodóvar I would bet on the language of William Shakespeare for her next two projects: the short film ‘The Human Voice’, starring Tilda Swinton, and the adaptation of Lucia Berlin’s book ‘A Manual for Cleaning Women’ with Cate Blanchett.

But it seems that the man from La Mancha has no intention of taking things easy, because while he is preparing his next feature film, he already has a new story under his arm to bring to the screen with the help of two of the great international actors on the current scene: nothing less than Ethan Hawke and Pedro Pascal.

During an interview with the media eCartelera on the occasion of the premiere of the fantastic ‘Black Phone’, Hawke himself declared that he would soon travel to Spain to embark on a new shoot: “I’m going to make a movie with Pedro Almodóvar, so I’ll be there soon”. Yes, as of today there is no official statement by the production company El Deseo.

For the time being, the details about the film in question have been trickling in through Almodóvar himself. This will be titled ‘Strange way of life’, it will be a short film of about 30 minutes in the key of western and will begin shooting next August in the mythical desert of Tabernas. All the curiosity in the world to see his contribution to the genre with a cast of this category.

Confirmed! Daredevil and Kingpin will be in the Echo series

12 Dresses for you to put together the best summer outfits

Netflix announces the fourth and final season of the superhero series