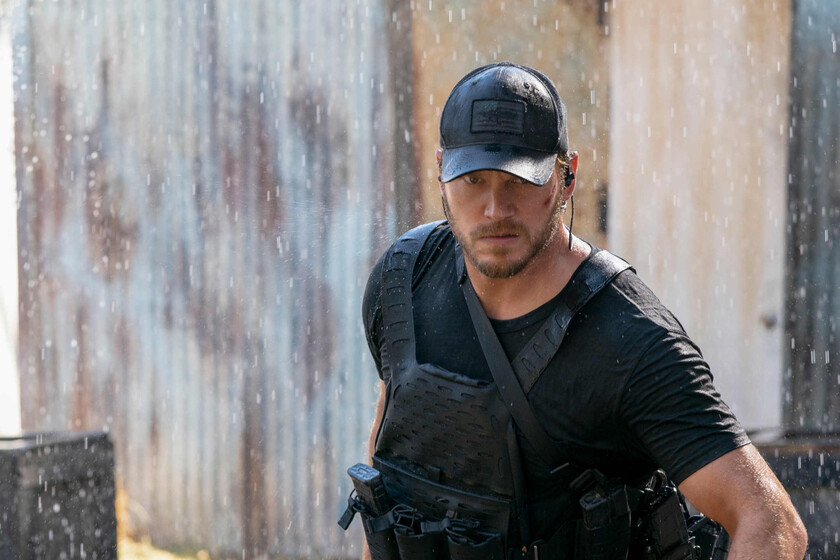 For some reason, we’ve been with a plan to turn Chris Pratt into the action hero of the next generation. Be careful, it’s not that I’m complaining, but it’s always strange to see him in roles of this caliber. The last example, before seeing him again in ‘Thor: Love and Rockets’ we have it in ‘The final list’ (‘The Terminal List’), a series that premieres this Friday Prime Video.

Based on the novel by Jack Carr, Pratt plays Reece, a SEAL commander who, after a fateful mission in which his entire platoon dies, you will see at home that your memories and the recordings of the event contradict each other. Without knowing very well what is happening, the military begins to suspect that there is a great conspiracy against him.

Here we had a quite interesting combination (and striking a priori) between us being with a military thriller and having Antoine Fuqua (‘The Equalizer 2’, for example) as director of the first episode. This already seemed, at least, attractive. Another thing is that expectations are met… and they don’t quite do it.

I also tell you that we knew what we were going for. As usually happens on television, its rhythms and demands make it usual that if there is an important director behind it, he will only be in the pilot (and if anything else). Fuqua’s responsibility is to imprint his styleset the visual guidelines and pray that those who succeed him in the position have taken notes.

Thus, as if repeating what we experienced with ‘Tokyo Vice’ once the episode of Michael Mann, ‘The final list’ loses integers after its first installment. That personality that Fuqua (generous in violence and fights) manages to endow is diluted and before we know it we are seeing a more generic series what we would like.

Perhaps the most distinctive is that realistic air or rather of authenticity that it hasNot surprisingly, Carr wrote the series of novels based on his own experiences in the SEALs. However, the pen David DiGilio As a screenwriter, he fails to take advantage of the material he has, prioritizing action over plot development.

In this sense, ‘The final list’ tries too hard to work Chris Pratt as the action hero of nowadays. The result comes out somewhat regular … not so much because of the correct interpretation of the actor but because it does not delve into his psyche or anything that is happening. There is no room for nuance or reflection on the path of revenge.

Leaving aside the conspiracy to go to revenge

The series is presented as a conspiracy thriller, but perhaps too soon we veered completely in the direction of revenge (with hints of conspiracy), which is a shame because it works much better as the first than as the second. In fact, I find the journalistic investigation of Constance Wu’s character much more interesting than what happens to Reece as he hunts down her “list.”

Above all because the action, although it has its violence and its former, not that it’s exciting either. Then the series finds itself with a serious imbalance, with the script limping when it comes to giving strength to the main plot and with somewhat boring moments.

The issue is that, although it is entertaining and an estimable pastime, ‘The final list’ it is also soft and somewhat pre-designed. A shame because I honestly believe that the series has all the necessary ingredients to make something memorable but instead we have fast food.

Niurka gives Juan Vidal an ultimatum: “I blocked him because we argued”

Niurka lashes out at Belinda for her prayer for the moorings

Flor Silvestre’s great advice to Ángela Aguilar before she died