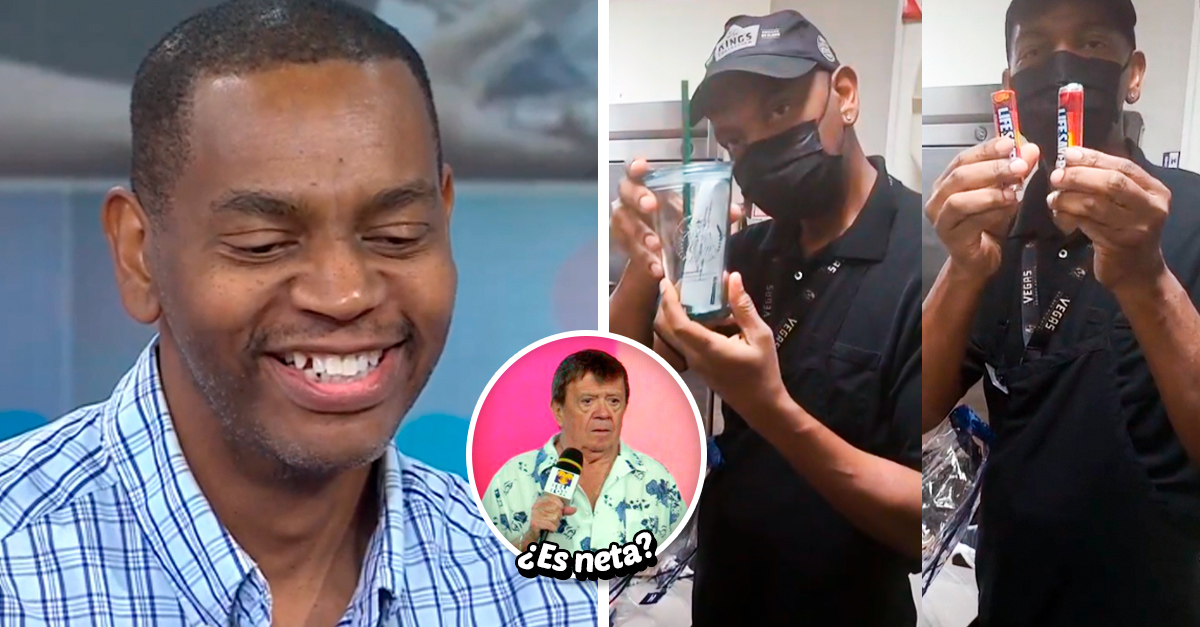 In some companies, the fact that an employee has a well-dressed shirt means that the person is committed to the job, so he is punctual, does his work correctly and never accumulates any absence.

However, despite the great effort and dedication of the workers, not all companies value this type of exemplary employee. Proof of this is this man, who after serving 27 years of working in a fast food chain, received a bag of sweets and a movie ticket as a reward, which caused outrage on social networks.

The person behind this story is Kevin Ford, who, through a video shared on his TikTok account, discussed his work experience at a Burger King chain establishment, located at an airport in Las Vegas, Nevada, in the United States. , a place where he has worked for almost three decades, during which time he never missed a single day.

With a visibly disappointed gesture, the man received a kit that consisted of a transparent plastic bag, which contained a movie ticket, some chocolates, a glass, two blue pens and two packages of fruit-flavored sweets inside. .

I have worked for the company for almost three decades and have never missed a job. The reward that my work gave me for 27 years. I never missed… Thank you.

Despite the fact that the gift received was not what he expected, Kevin did not speak ill of the company, but rather thanked them for having received the gift, since he assured that the place where he works is a great company, but that after the covid pandemic -19, they had to cut some programs for their workers.

We used to get checks for 20 years and that’s what I really thought the movie ticket was. It wasn’t even two movie tickets, it was one. So I said ‘this is too much’, I can’t believe it, it seemed like it was stuff they had laying around that they put together.

The publication of the simple gift that Kevin received for his hard work for 27 years did not take long to go around the entire Internet, where users shared their outrage and commented that the least he deserved was extra money for so many years of work.

Given the virality of the video, Burger King shared a statement explaining the company’s commitment to its employees and wrote the following:

The Burger King brand and its many franchisees across the country are committed to recognizing and celebrating the accomplishments of the thousands of people who serve in a wide range of roles, all of whom are dedicated to providing our customers with a world-class experience. world.

On the other hand, Seryna Ford, daughter of Kevin, created a campaign to raise funds for her father on the GoFundMe page, in which she explains that her father started working there since he obtained custody of her and her sister, so who became a single father.

Although the man remarried over the years, he continued to work there to maintain health insurance so his daughters would have health coverage through high school and through college.

Thank You Everyone!!! I’m So Grateful To You All!!! (He’s Worked 27 Years at the Same Job and Has Never Missed A Days Work…) #Thankful #Rewards #HardWork #NorrinRadd777 #theKeep777 Music @ https://soundcloud.app.goo.gl/rkgyp

He continues to work there, because although he looks young, he is approaching retirement age and leaving would cost him his retirement. In no way are we asking for money or he expects money, but if someone feels like blessing him, he would love to visit his grandchildren.

At the moment, the campaign under the name “Kevin 27 years” has accumulated 272,818 dollars, a gesture that the man thanked through a TikTok, in which he also appreciates all his comments and shows of support for him.

Is BTS sabotaged on US charts? Nicki Minaj talks about it