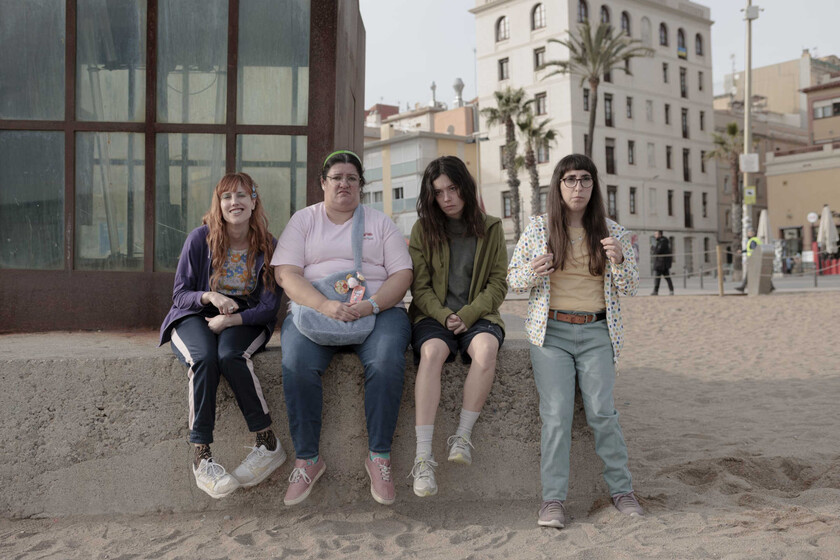 I have to admit that I was very sad when we saw that, despite having season 2 assured, it was decided not to go ahead with ‘Arde Madrid’. That is why I was looking forward to the arrival of the new series by Anna R. Costawhich we can already enjoy in Movistar Plus+: ‘Easy‘.

Composed of five episodes, we move to the Barcelona beach to meet four cousins ​​(Marga, Nati, Àngels and Patri), each with a type of functional diversity, who live in a supervised apartment and they try to deal on the one hand with their “guardianship”, their life with disabilities and the rules they have to comply with.

Playing on words with the title, this series comes easy. With a comedy tone, but with a lot of tenderness, the script introduces us to the vicissitudes and difficulties of each of its protagonists to fulfill themselves. With little effort, the presentation of each character is precise and immediately manages to elicit sympathy.

Costa explores in this series issues such as sexuality, affectivity, discrimination and the difficulties that this part of society has on a day-to-day basis. Not only difficulties of their circumstances and their specific dependencies and difficulties, but also regarding how they fit into a world that prefers not to look at them or take them into account.

In that sense, I would say ‘Easy’ it is sometimes uncomfortable but realistic in the end. It is a cry that is as compromising as it is festive, even celebratory, in which the series manages to win over with its humor and maximum respect for what is being represented.

A somewhat controversial but exemplary casting

Where there are problems, or at least there has been some controversy, is in the choice of casting. It is a series about people with functional diversity and three of the four protagonists do not live with it, which is not a major problem (the actresses do an impressive job) except for the feeling that the discourse of fiction required a little more diversity in the cast.

It’s not so much a matter of a “normative” actress not being able to play someone who isn’t. I think the debate really should be about the lost opportunity to be able to do something different. Which is not to say that we have a bad deal. Rather the opposite and, in fact, Costa worries about “compensating” with the other actors and actresses.

Natalia de Molina plays a spectacular role as Marga, which by far has the most delicate plot (in fact, it’s hard for me to see it done with an actress more “similar” to what she represents) of the entire series and it solves it very well; Anna Marchessi, for her part, is a real discovery as Patri, as is Coria Castillo as Àngels. Anna Castillo, as always, it is curious how with her inexpressiveness and borderliness she eats up the screen.

Although I liked ‘Easy’ a lot and it’s fun, even tender and even quite audacious, I admit that it has come in so easily, worth the redundancy, as it has gone. I don’t know if it’s because of its lightness or because the plots haven’t generally been too powerful either, but once rested it is gradually lost and it does not finish leaving the residue that it promises.

everything we know about Vegapunk, the world’s most brilliant (and elusive) scientist

Woman throws her partner a tantrum over a blender

Muse arrives in Mexico 2023, these are the dates in CDMX, Monterrey and Guadalajara

Meet Galadriel, the brave protagonist of The Rings of Power series