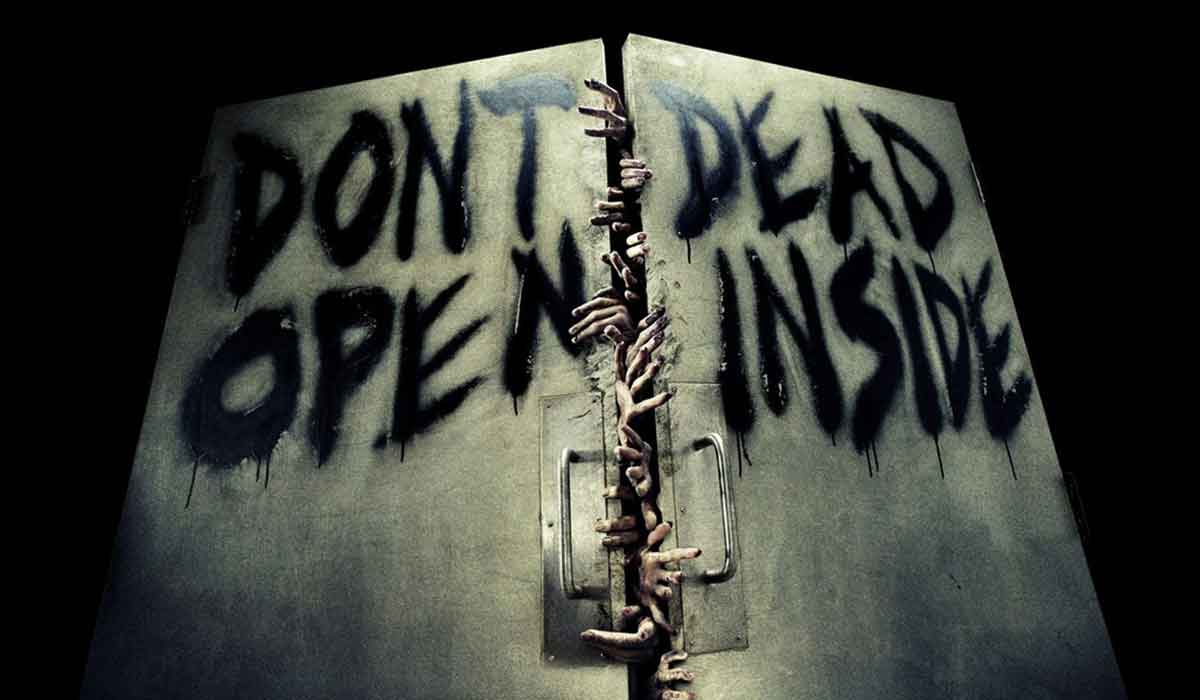 Robert Kirkman claims that The Walking Dead’s warning, Don’t Dead Open Inside, was inspired by a horrifying revelation from the comics

The writer of the original comic series of The Walking DeadRobert Kirkman, has revealed that the famous moment of Don’t Dead Open Inside from the first episode of the television adaptation would be much scarier. The ad referenced a terrifying moment from the comics, but something was lost in translation.

The Walking Dead tells the story of police officer Rick Grimes, who wakes up from a coma in the midst of a zombie apocalypse. After waking up alone and confused, Rick scours the empty hospital, looking for clues, until he comes across a locked door and the warning Don’t Dead Open Inside.

In the comic book version, Rick opens the unmarked door and finds a room full of zombies. However, in the series, Rick pauses when he comes across the doors and that warning. However, the words “DO NOT OPEN” are spray painted on one door and “DEAD INSIDE” in the other, so when read from left to right, it appears to say “UNDEAD OPEN INSIDE”. The moment is meant to be Rick’s dark introduction to zombies, but due to the strange message of the words spray-painted on doors, many fans mocked the phrase for its confusing nature, turning it into a meme on social media.

In annotations of The Walking Dead Deluxe #1, creator Robert Kirkman talks about this moment, stating that this scene was inspired from issue #8 of the comic series. In that issue, the group finds an abandoned gated community where Rick thinks they’ll be safe. Unfortunately, some words on the sign were covered with snow and when it melts it reveals the full message, “ALL DEAD, DO NOT ENTER”.

While this may not be the first time the writer of The Walking Dead reflects on his comic, Kirkman’s annotations prove that comics handle the unclear message they reveal much better than the series. The Walking Dead #8 leaves the characters in the dark as it warns fans of the dangers ahead, and sticks with readers as they fear what is to come. Although the television version aimed for an unclear message similar to that of the comic, it ultimately falls short as the unmistakable sign of danger is unintentionally difficult to read. In the TV series, the viewer’s confusion stems from misplaced words, while in the comic, the uncertainty stems from an alarming cliffhanger seen only by the reader. Because of this, the reveal of the unclear message is much more shocking in the comics, as the uncertainty comes from a genuinely suspenseful moment rather than a borderline humorous scene where the spray paint on a door is hard to read.

Compared to the TV version of the amc channel, The Walking Dead #8 hide a secret in plain sight much more successfully. It is interesting to see the annotations of Robert Kirkman and to obtain information about one of the most criticized moments of The Walking Dead. What do you think?

You can now see all the seasons of the walking dead on Disney+’s Star+ channel. You can sign up at this link.

Elton John will perform at the White House