Doctor Strange in the Multiverse of Madness (2022) review: Commendable and funny 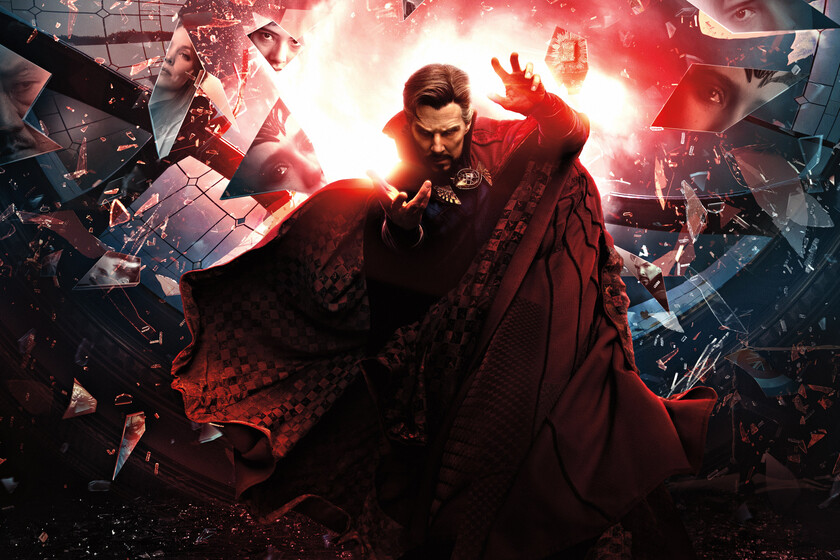 Whenever a multimillion-dollar franchise or studio hires a filmmaker with a strong authorial stamp, the most logical reaction is usually to cringe. It’s not the first time the genetic code of a director disappears crushed by the relentless cogwheels that move the industryturning your voice into one more generic tool at the service of the most functional narration and with the automatic pilot.

This meant that, after Scott Derrickson left the director’s seat citing “creative differences” and announced to sam raimi as the great substitute to take the reins of ‘Doctor Strange in the Multiverse of Madness’, my instant reaction was to fear another one of those cases in which a project with looks fantastic and hopeful on paper translated into another sterile artifact on screen.

Finally, the second adventure solo of the marvelite sorcerer has not been a matter of absolutes; assuming one of the most effective and full of personality entertainment in the saga thanks to the evident hand of its maximum responsible but, at the same time, seeing its many virtues buried under the insurmountable and cumbersome procedures stemming from belonging to an overly self-aware shared universe.

The tyranny of the shared universe

I have to confess that the opening scene of ‘Doctor Strange in the Multiverse of Madness’ hit me like a bucket of cold water. This chaotic contact with the feature film represents the umpteenth set-piece crammed with CGI, routine and interchangeable of the MCU and, in addition, it opens the doors to a tremendously apathetic and infuriating first act which, in general, repeats rhythmic and narrative patterns exploited ad nauseam.

Luckily, after these initial bars, the unmistakable imprint of Sam Raimi begins to gradually conquer the filmdrenching it not only with some of his most famous techniques —those push-in dutch shots are unmistakable—, but with a tone that plays unhindered with the funniest terror, being able to glimpse flashes that evoke ‘The army of darkness’ or ‘Drag me to hell’; unusual in the franchise, although softened by the filter family-friendly from Marvel Studios.

But in the midst of this terrifying enjoyment of almost relentless rhythm, the slab of the grand scale plan of the Marvel Universe shatters the spell by introducing tons of oral exposition that serve as glue to the multiversal chaos that the story poses, by approaching fanservice almost as if it were an obligation —the way in which the action is stopped to show off license muscle and guest characters is aberrant—, and by restricting its development based on previous events and those that will occur in future series and features. Something that ultimately retransmits the feeling of being in front of the nth middle chapter of an endless plot.

On the other side of the scale, exerting a much greater force than might be expected, the undeniable charisma of a benedict cumberbatch that steals the spotlight from each and every one of its scenes, the strength on screen of elizabeth olsen —whose treatment as a villain again suffers from that lack of forcefulness that is beginning to be a scourge in the MCU—, Raimi’s staging and Danny Elfman’s fantastic soundtrack, sweeten a ‘Doctor Strange in the Multiverse of Madness’ what, free of ties, it could have been a genre feature film to remember.

Unfortunately, apart from a couple of hours of uncomplicated fun, the only thing the film leaves us with is the desire to inhabit a universe in which adaptations of Marvel comics were self-contained pieces. Small works with a strong authorial component that exploit a gigantic lore and unforgettable characters whose translations to the big screen, with few exceptions, end up seeming too similar to each other, without caring in the least about the name of their creator.