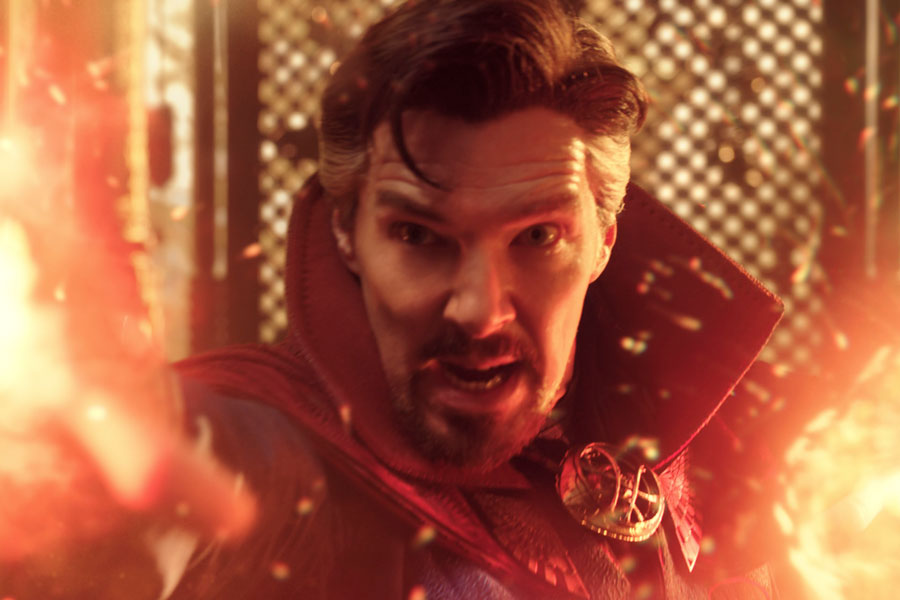 In our review of Doctor Strange 2 we tell you about the return of veteran director Sam Raimi loaded with his characteristic eighties horror cinema.

After almost six years, the sequel to Doctor Strange finally hits theaters, directed by veteran director Sam Raimi and loaded with elements of 80s horror that the filmmaker has mastered.

Doctor Strange in the Multiverse of Madness opens with the introduction of América Chávez (Xóchitl Gómez), a 14-year-old girl with the ability to open portals that allow her to travel between the layers of the Multiverse. And it is just that power that a dangerous unknown villain seeks to possess, which is why the continuous attacks on America, who in her jumps between the different Earths of the Multiverse finally take her to 616, or the main Earth of the Marvel Universe.

Here, the young woman will meet Doctor Strange and Wong, the new Sorcerer Supreme. Both, with the help of the Sorcerers and apprentices of Kamar-Taj, will try to face the immense power that seeks to annihilate the young America.

In addition to the action sequences, the photography and the presence of humor (not excessive) characteristic of Marvel Studios cinema, the craft of Sam Raimi stands out, which can be appreciated, mainly, by the use of horror elements from the cinema of the Marvel Studios. eighties.

We are referring to the horror cinema that began in the B-class cinema of the seventies but was mainly exploited in the eighties by the film industry. It is a body horror, gore, away from creepypastas, psychological terror or supernatural presences. And although it does not present an equivalent to the scream queens, on the other hand there is a kind of reworking of the final girl, although with the roles somewhat inverted.

This incorporation of elements of the eighties error refreshes the cinema of Marvel Studios and makes Doctor Strange 2 a highly enjoyable show.

Be careful, from here you can find minimal spoilers, but there will be.

You have been warned!

You may also be interested in: Steve Ditko’s footprint in Doctor Strange in the Multiverse of Madness

The fan service is also present

While Doctor Strange in the Multiverse of Madness was expected to serve as the gateway for Marvel characters developed outside of Marvel Studios, the truth is that it is only one character from other production companies that makes an appearance in the film. This is Patrick Stewart’s Professor Xavier only in his version of the animated series of the 90s.

This beloved mutant is accompanied by other superheroes, from Marvel’s own productions, whether from the now-defunct alternate versions of characters from the MCU, from Marvel Television, from animation (the also well-known debut of Captain Carter with Hayley Atwell), of stories that we assume from the MCU but that had not been seen or, outright, of the most popular wishes of the fandom (this character will fascinate you).

These characters form the Illuminati, the secret society of heroes gathered to make difficult decisions. Outside of those though, don’t expect any more unexpected appearances (well, maybe one more).

Don’t stop reading: After Doctor Strange in the Multiverse of Madness, what releases are Marvel Studios preparing?

Part of Raimi’s craft is evident in working with actors, allowing him to capitalize on their undeniable talent. While we find a Benedict Wong without surprises, instead we discover nuances that until now we did not know about Benedict Cumberbatch’s Stephen Strange and Rachel McAdams’s Christine Palmer. In both, a frustrated love story serves as a vanishing point for complex personalities that humanize them.

And there is also America Chavez. Undoubtedly, the magnetism of Xóchitl Gómez presents us with a character destined to become the favorite of the fans, with an emotional background that allows her to go from mistrust to friendship, to sadness, resignation and courage.

But without a doubt Elizabeth Olsen has the most outstanding performance. Scarlet Witch sees the path she has traveled from being a secondary character to becoming one of the most important in the current MCU crowned. Wanda gets the argument she deserves after the events of WandaVision, which Olsen capitalizes on with a powerful performance built around complex motivations and misguided passions. She also brings most of the Terror elements from Doctor Strange in the Multiverse of Madness.

Her character eventually returns to her comics origin as a villain, but you’ll have to pick your jaw up off the ground when you witness the awesome power she unleashes.

Finally, mention must be made of the participation of two superhero movie veterans.

First of all, Danny Elfman, who at almost 70 years old returns to delight us with a soundtrack that does not detract from his most renowned works.

And there is also Bruce Campbell, Raimi’s fetish actor who in this his fourth cameo in Marvel productions continues with his brief but unforgettable interventions.

If you like horror and Marvel movies, Doctor Strange in the Multiverse of Madness will be your favorite.

A pivotal story of the Sorcerer Supreme awaits you in our online store with:

The Final Saga of Doctor Strange.

He is the master of the mystic arts, the Sorcerer Supreme of Earth. A barrier-man who protects our planet from nightmares, demons, and Warlords that inhabit dimensions beyond our comprehension. So what happens when Doctor Strange is killed? As his friends mourn and his enemies rage at being deprived of the killing blow, dark forces target Earth, which is now unprotected. The Avengers, the Fantastic Four… All of our mightiest heroes face terrain they know nothing about. As the remaining wizards prepare to protect our world from an unimaginable magical threat, an unexpected investigator must solve the mystery behind Doctor Strange’s murder, but can he do it before time runs out?