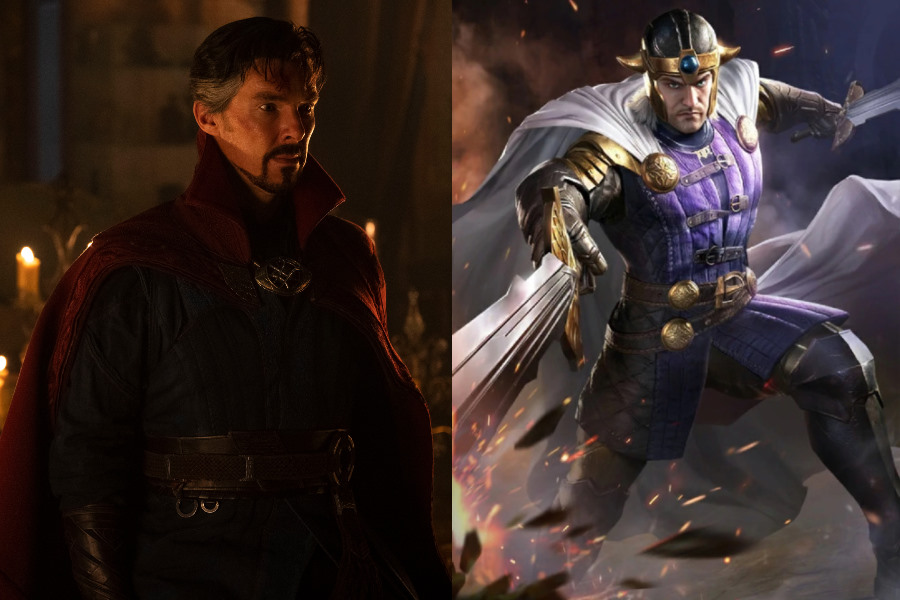 Balder the Brave, who is Thor’s half-brother in the comics, came close to making his MCU debut in Doctor Strange in the Multiverse of Madness.

The presence of the Illuminati in Doctor Strange in the Multiverse of Madness became one of the most recurring topics of conversation, and although their line-up convinced fans, the debut of Balder the Brave, the brother of Thor.

Recall that in the most recent tape of the Sorcerer Supreme, the Illuminati was presented within the Marvel Cinematic Universe, which among its ranks included Reed Richard, Charles Xavier, Black Bolt (regular members in the comics), Captain Marvel, Captain Carter and the Baron Mordo.

In this version of Universe 838, there was an idea to place Balder as the seventh member of the Illuminati, but this did not come to fruition.

Graham Churchyard, costume designer for Doctor Strange in the Multiverse of Madness, worked on a design for Balder’s look, even though no actors were cast for this role.

Balder the Brave was so close to appearing in #DoctorStrange 2 that they started making their costume. pic.twitter.com/A08mwa6S8V

Churchyard pointed out that Balder has been a character haunted by bad luck, since the first Thor movie sought to present the stepbrother of the God of Thunder.

“I’ve seen Marvel archive book designs of Balder’s helmet going back to Kenneth Branagh’s Thor. So, he’s been waiting a long time and I don’t think he’s going to show up anytime soon.”.

Why ‘The Adventures of Doctor Dolittle’ is Robert Downey Jr.’s biggest flop if it was one of the highest-grossing movies of 2020

15 farm animals so strange they could be the eighth wonder of the world.

Man arrives at In-N-Out drive-thru on his camel

Canelo Álvarez will have his own animated series

Get ahead of Prime Day and enjoy the new chapters of Stranger Things with these offers on Funko Pop!, comics, board games and much more