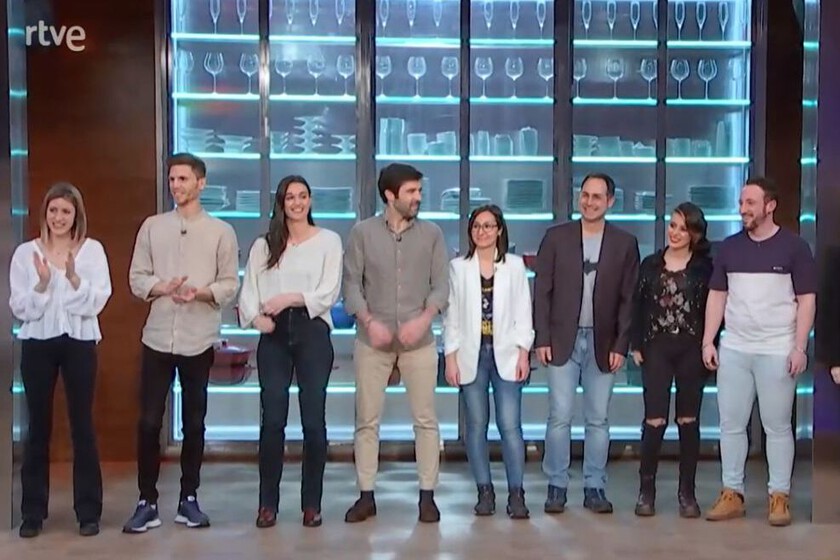 One of the most commented topics in networks about the last gala of season 10 of ‘Masterchef’ was the total absence of LGBT+ couples in one of the tests that the contestants had to overcome. Detail that has gone even less unnoticed in the middle of pride month.

At gala 8, the ‘Masterchef’ participants had to face the challenge of replicating a wedding cake for five couples who were getting married. The results in the test were not exactly the most commented, and it is that the attention of many spectators was drawn to the fact that all were heterosexual couples.

Is it that nowadays only heterosexuals marry @MasterChef_es ? #MasterChef10 #masterchef pic.twitter.com/m3eIYGbBhh

#MasterChef10 Very good and representative choice of people who are going to get married 👌🏼 Long live diversity 🎉🎉🎉 pic.twitter.com/vg7caz2DxW

Ole the integration in @MasterChef_es! Not only heterosexual couples get married! go with the #diversity and just broadcasting the program in the month of #Pride

A wedding test #masterchef10, 5 couples and the 5 heterosexual and white couples. Just in the month of LGBTI Pride, the diversity of the program and @rtve it shines by its absence.
In our society there are only straight and white? Is it everyone’s TV or that of the ultras?

He stood out as a missed opportunity to represent diversity in prime time, as well as a somewhat hypocritical position, since the program’s Twitter account, a user points out, “is about LGTB+ friendly” and that “providing visibility is not just putting memes.” She also contrasts with the fact that, among the participants in the edition, she has María Lo and Teresa, who were a couple, so the subject has been mentioned on occasion with complete normality.

Nothing has yet been commented on the subject on the networks of the program, which is broadcast every Monday at 10:00 p.m. on La 1.

Andrés García: what is the last will of the actor and what will he leave of his FORTUNE