Discover the new individual posters of Thor: Love and Thunder 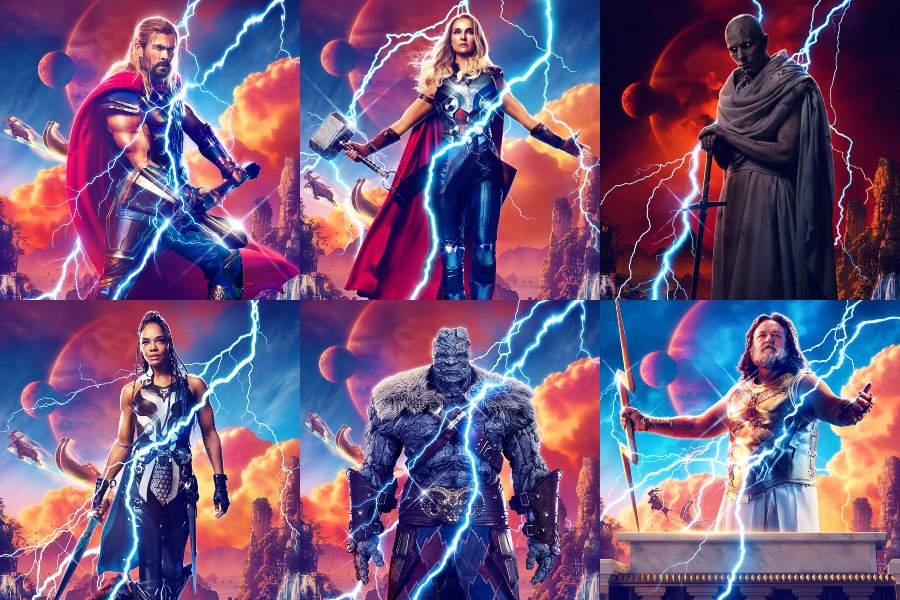 The new individual posters of the main characters that will take part in the plot of Thor: Love and Thunder were released on their social networks.

In less than a month, the God of Thunder will return to the big screen with Thor: Love and Thunder, a film that will feature new characters and old acquaintances, who already have impressive individual posters.

Do not miss: This is how Thor will remember Loki in Thor: Love and Thunder

Through its social networks, the production shared the individual posters of the main characters that will take part in the plot of Thor: Love and Thunder, a film directed by Taika Waititi.

These posters feature appearances from Thor, Valkyrie, and Korg, whom we’ve seen in previous movies.

In addition, this set of images includes the appearance of Jane Foster as Mighty Thor, a personality that she acquires when the astrophysicist manages to wield Mjolnir.

Evil is present with the appearance of Gorr, the butcher of Gods, a role that Oscar winner Christian Bale will play.

Another Oscar winner also joining the ranks of The House of Ideas is Russel Crowe, who will wear the mantle of Zeus, the God of Olympus.

And another addition to the ranks of the MCU are the goats Toothgnasher and Toothgrinder, who will tow the boat that will take the heroes to the planes of the Gods that Thor will seek to prevent from Gorr’s presence.

Follies, love and thunder are coming

Source: D23 via The Direct

Roscón de Reyes buns recipe, the easy and individual alternative to the classic Christmas sweet (to eat all year round)

Discover why renting for individuals has so many advantages

the devastating film with which we discover Alejandro González Iñárritu

Elizabeth Olsen tells the truth about her contract with Marvel

Is love over? Will Smith shows no affection for Jada Pinkett on her birthday | VIDEO