Discover the easter eggs of chapter 1 of Ms. Marvel 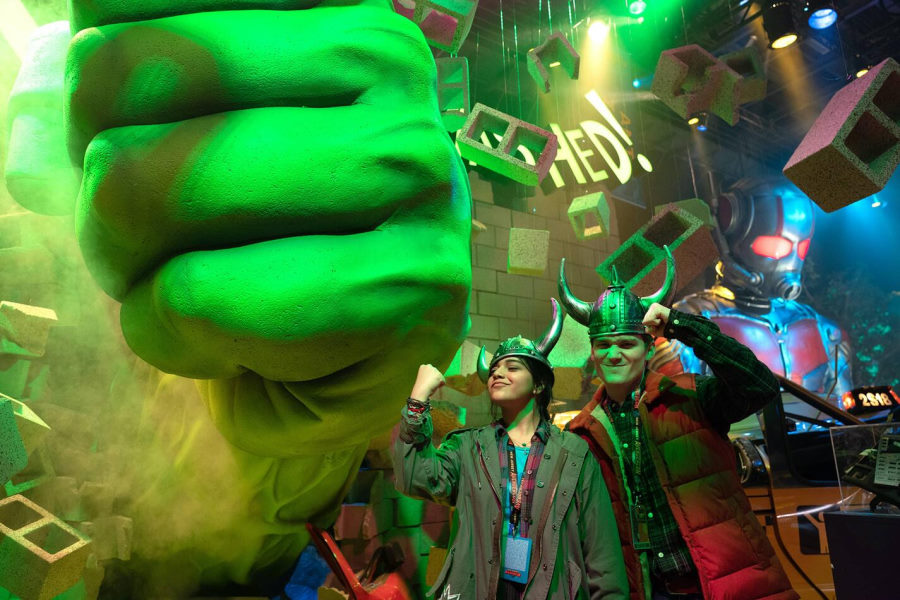 Do not miss the easter eggs and subtle winks that the first chapter of MS Marvel gave us, the new Marvel Studios proposal for television

Kamala Khan finally joins the ranks of the Marvel Cinematic Universe through the Ms Marvel series, which featured interesting easter eggs in chapter 1.

Do not miss: Who is who in the cast of Ms. Marvel, the new Marvel Studios series

From references to the events of Avengers: Endgame, to his connection to Spider-Man: No Way Home, Hawkeye, and subtle references to Moon Knight, Ms Marvel spared no expense by including subtle nods in her season opener.

Discover with us the easter eggs that we saw in chapter 1 of Ms Marvel.

Easter eggs are present from the Marvel Studios introduction logo, since one of the scenes from the first episode of Mon Knight appears among the scenes that accompany the House of Ideas logo

The final battle against Thanos

The heroic actions of the Avengers and their allies are now in the public domain, and the final battle against Thanos and his army is recounted in a special way by Kamala Khan, who focuses on the support that Captain Marvel gave the team.

According to Kamala, much of the investigation in relation to the final battle at the Avengers facility was given thanks to the podcast by Scott Lang, better known as Ant-Man, who seems to leave his figure as a thief to a public personality. .

The history of Ms Marvel in comics

Another of the notable moments of the clip produced by Kamala shows us part of the path that Ms Marvel has traveled in her history in the Marvel Universe, with the suit that Sharon Ventura used in her time as the heroine.

The Tribute to G. Willow Wilson

References to G Wilow Wilson, creator of Kamala Kahn could not go unnoticed, and that happens in the office of Kamala’s counselor, whose last name is Wilson, and on his desk he has a briefcase with the initials GWW

As Kamala and Bruno walk out of Circle Q to her house, they both discuss a small change to Kamala’s costume and propose some crossovers with Black Panther and Doctor Strange, when Kamala comes up with the Captain Marvel Zombie detail, which reminds us that Marvel Zombies is on the horizon for the MCU.

This one and her poses!

As Kamala begins to design her plan to attend AvengerCon, she begins to envision how she will leave her house, emulating the famous superhero pose, which Yelena criticized her sister Natasha Romanoff.

memory of the first avenger

AvengerCon takes place at the Camp Lehigh facility, where the super-soldier serum was developed, and the first SHIELD headquarters. In addition, when arriving at the place, the theme with which the USO tour presented Captain America before getting involved in World War II is heard.

References to some jokes from Avengers: Endgame could not be missing, including the reference to America’s butt, the name with which Ant-Man baptized Steve Rogers when they both went back in time through the Quantum Kingdom.

I remember the fallen

The memories of Tony Stark and Natasha Romanoff, the two most notable casualties in the ranks of the Avengers after the battle against Thanos, could not be missing, something that those attending AvengerCon remember.

The Guardians of the Galaxy could not be missing

Although the team led by Peter Quill is not fully known by the inhabitants of the earth in Universe 616, the costumes of Drax, Mantis and merchandise of Peter Quill (known as Star-Boy) Rocket and Groot could not be missing.

A clue to the new stage that Asgard is experiencing, which will be seen in Thor Love and Thunder, is the constant promotion of tourism in New Asgard, now ruled by Valkyrie. At AvengerCon there is a travel information module for this new destination in Norway.

When Kamala puts on the bracelet that gives her powers, she begins to discover the beams she can emit from her hands, similar to how Carol Danvers discovered her powers, which include emitting photon beams.

Is the Tracksuit Mafia present?

In the final credits, a moving van could be seen in one of the shots, which brings the Trust a Bro sign, trucks that we saw previously in Hawkeye. These camoines are the front for the Tracksuit Mafia, the criminal group commanded by Wilson Fisk, Kingpin

As SMASH promptly reported, the post-credits scene sees the return of the agency tasked with cleaning up the disasters caused by the Avengers’ battles in New York in 2012, as well as investigating Mysterio’s death. Agents Waard and Cleary are now on the trail of Kamala Kahn.

The first episode of Ms. Marvel is now available on the Disney Plus digital platform.