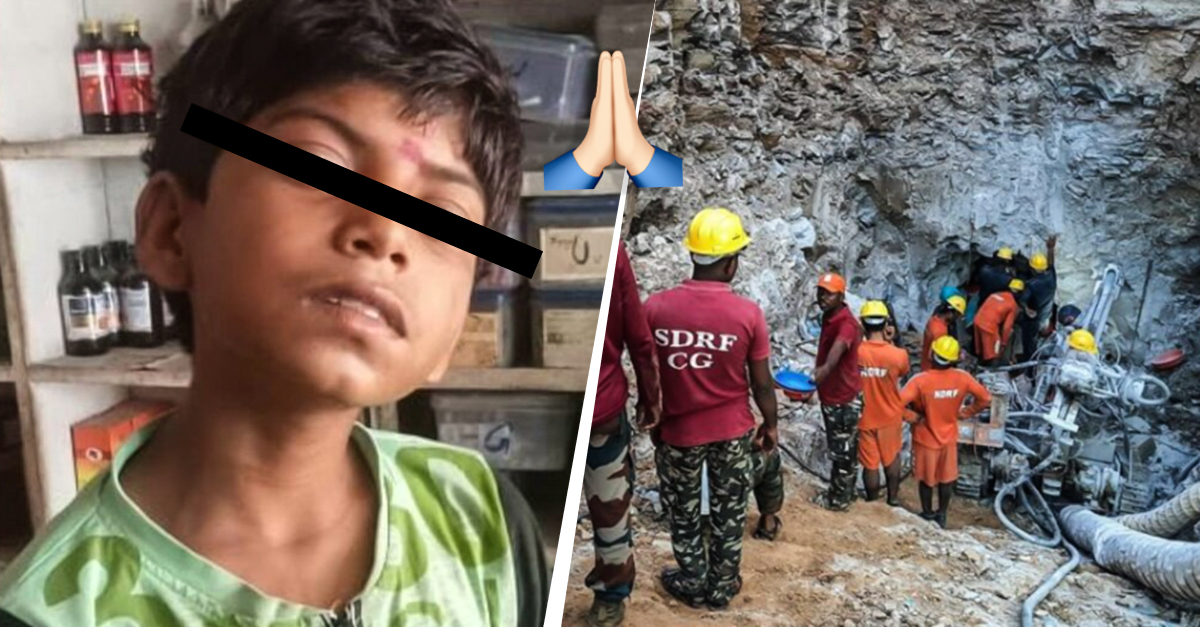 On June 10, Rahul Sahu, a boy from India, fell into an 80-foot well while playing in his backyard in the central state of Chhattisgarh, and was trapped there along with a frog and a snake for four days. The little boy is 10 years old and is deaf and dumb, which further complicated the rescue.

Fortunately, after 104 hours at the bottom, Rahul was rescued with the massive help of more than 500 people, including Army, Police and disaster relief officials. The amendment was quite an odyssey due to bad weather and the discovery of poisonous snakes and scorpions.

In order to have contact with him and monitor him, the rescuers lowered a camera into the well that allowed them to see the state in which Rahul was. They even sent him food while waiting for him to be rescued. The latter was carried out by having to dig a 15-foot tunnel, using earthworks and cranes, to connect to the well.

Chief Minister Bhupesh Baghel paid tribute to the brave boy, who he said was found next to a snake and a frog. Rahul was transferred to Bilaspur Apollo Hospital, where he is under the supervision of a team of specialist doctors in the intensive care area and is in stable condition.

In Indian farming villages it is very common to find uncovered wells and fatal accidents involving young children frequently occur. Such is the case of a two-year-old boy who was pulled dead from a well after a four-day rescue effort in the state of Punjab. Fortunately, Rahul is alive and we hope that he will recover soon.

Brad Pitt surprises us wearing adidas shoes with a suit to the Venice Film Festival (and best of all, you can get them at a discount)

Ángela Aguilar models a pink top, showing off her mini-waist in profile