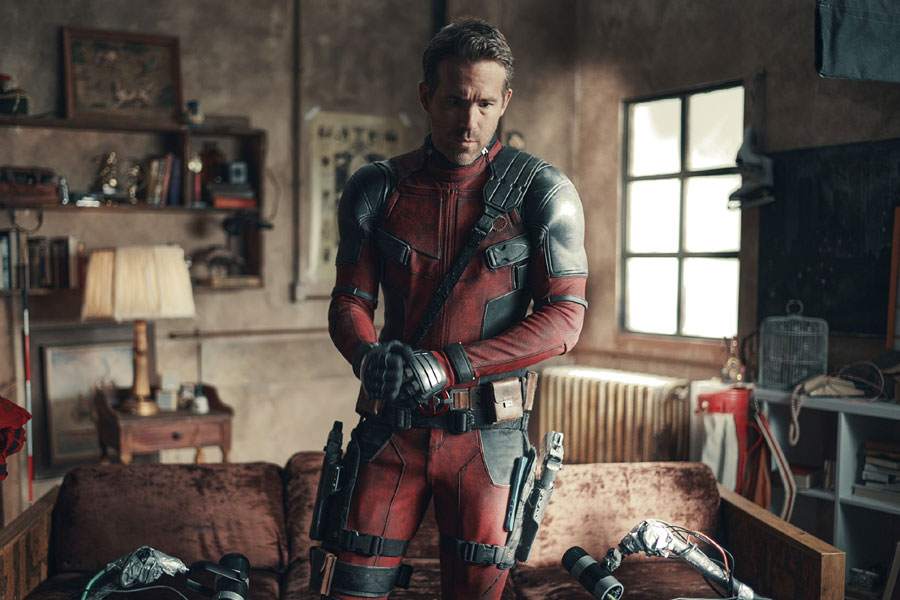 For Ryan Reynolds, the difficult journey to make Deadpool inspired his career as an entrepreneur and he found his way to being a marketing genius.

We thank this actor for giving us the perfect Merc with a Mouth. However, the difficult 10-year mission to bring Deadpool to the movies propelled Ryan Reynolds into a career as an entrepreneur and marketing innovator.

Deadline recently covered Reynolds’ appearance at the Cannes Lions publicity event in France, where the actor told the audience: “I spent ten years trying to make the Deadpool movie – it was hell. We shot some test footage, a real bastard leaked it online, and that’s what allowed the movie to be made.”

At that point, Ryan Reynolds was referring to the opening sequence of Deadpool 1, which, already finished, but without Fox’s approval, was leaked online, and was so well received that the studio had no choice but to support the film. Project.

He then added that Deadpool “was made using some pretty unorthodox methods. The study [20th Century Fox] he never really believed in it, so they gave us absolutely nothing compared to other comic book movies. We had to make every dollar feel like ten.”

“While we were doing it, I was learning like crazy. We start to really get to know and play with the cultural landscape of the character. During the movie, we substituted the show for the character and I saw that it worked just as well.”

Do not stop reading Doctor Strange 2: its writer confirms that a Deadpool cameo was contemplated

For Reynolds, what followed was a path to commercialize the production, but he did it in disguise, which was a great find for marketing in general: “having fun, without giving away pieces of the film”, which proved to be a hit with $782 million at the box office upon its release in February 2016.

And the next step came for the actor in his professional career: “I used part of that juicy money made by Deadpool to buy Aviation Gin, and I needed to market it. We inadvertently became a marketing company and had the most fun ever.”

Deadline notes that Reynolds became part owner of Aviation Gin in 2018 and sold it to Diageo just two years later for more than $600 million.

Speed ​​and humor, the keys to success

Raynolds added that other lessons he took from Deadpool applicable to the advertising world are speed and humor. “Most campaigns can take 9-12 months to launch, and if you’re trying to do something that’s culturally relevant, you’ve totally missed the mark. It’s not one size fits all, but speed is incredibly important to me. It’s about maintaining the necessary checks and balances, but creating a system that allows us to work quickly.

“Culture moves very fast. When a cultural conversation breaks out in a big way and becomes the topic of every social media platform, it gets talked about with or without us. We tried to add a production element to that. If you do that, you go to another level. You take a conversation that’s already happening, you insert a brand into that conversation, and so the brand becomes the conversation.

As for humor, Raynolds abounded that his recent “light” style arises from the need to go against the emotional effects that the pandemic left on people. “Everyone has anxiety. When I try to create something, I want to relieve others of it.”

“Humor and emotion are the ones that travel the most virally. Ads are often hyper-sincere, and I think they’re loud. If you really want to make an impact, you can make people laugh. Consumers and the public know that they are being marketed to, and they can feel the tactics, they can feel the conversations that the executives have had. If you can put that artifice aside and speak frankly, they are much more willing to share it.”

THE Merc with a Mouth awaits you in our online store with:

Everything you knew about the first meeting between Deadpool and Cable was wrong… now you know the whole story! Will X-Force be able to save history from the hands of Deadpool? And then, Wade Wilson travels to infinity and beyond gauntlet-butting Thanos, the Mad Titan! But who will win the white, bony hand of Death? And then comes the ultimate battle of crazy good vs. crazy bad as Deadpool takes on Carnage! There will be a lot of blood! And the regenerating Degenerate hangs out with Hawkeye on Halloween night! Ooh, terrifying! Plus: Madcap gets hold of Wade’s head and DP helps “his best friend” Spidey by carrying his webs! He will make many friends and influence people in a Deadpool style!

The Merc with a Mouth vs. Marvel’s greatest heroes and their vilest villains!

Prepare your wallet! Original cover of Frank Miller’s The Dark Knight Returns to be auctioned