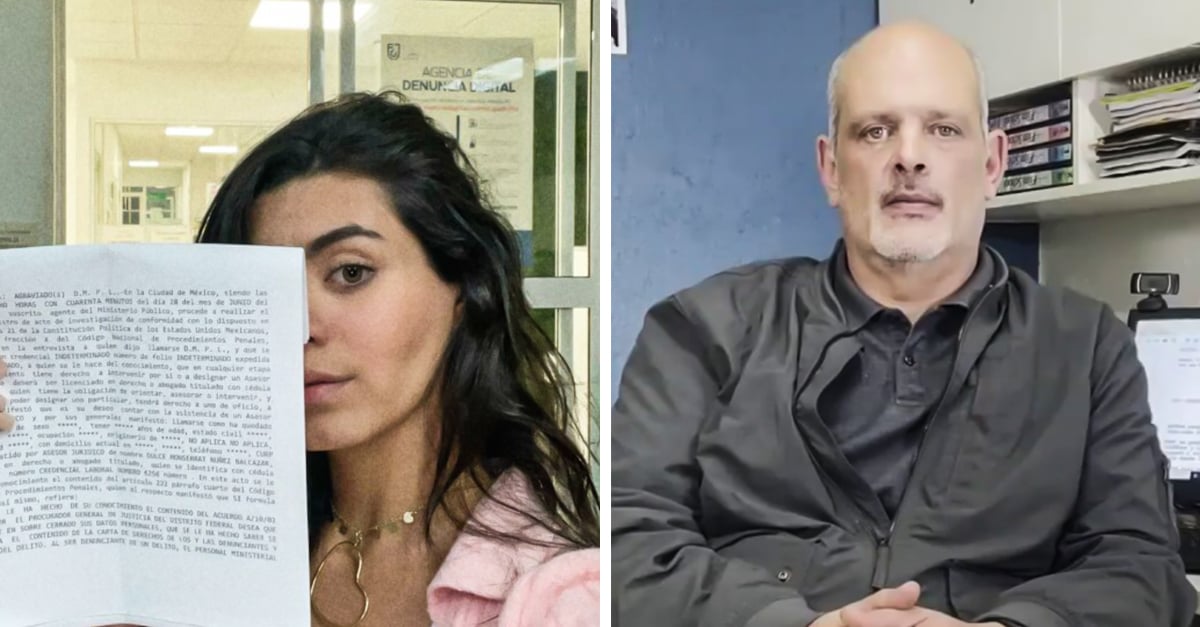 On June 28, the 22-year-old Mexican actress Danna Ponce, through her Instagram account, made public the complaint of sexual harassment of which she was a victim by fellow actor Jorge ‘Coco’ Levy, son of the renowned television host Talina Fernandez.

According to a series of videos shared on his storiesPonce narrated his experience and said that he suffered harassment from Levy from the first time he had contact with him, since shortly after graduating from the Center for Artistic Education (CEA), in his search for a job opportunity, he contacted for a job offer.

During her confession, the actress said that after sending several emails, Levy was the only one who contacted her, so, excited by the opportunity, she did not hesitate to attend the appointment, not knowing that her experience would not be as she imagined. .

Clarifying that in none of his meetings with the actor did he dress in a provocative way, Ponce assured that the man behaved quite daring, that he not only opened the zipper of his pants, but also came to stand behind her and touched her breasts .

I was in front, he told me an example of how to conquer a producer. He unbuckled his belt, unzipped it and sat like that (with his legs apart).

After the producer began to touch her without her consent, she confessed that she froze, paralyzed and unable to say anything, since her mind only had the idea that Levy was a powerful man and she was a simple girl in looking for an opportunity.

In a live broadcast, Ponce confessed that it is not the first time he has been a victim of harassment, since his first abuse was witnessed at the age of four by a relative, while the second time was at the age of 21, with a man who was a masseur.

In addition, he said that he is in a healing process, where, through therapy with a psychologist specializing in abuse, he is looking for a way to heal his body and mind in order to move on with his life. She also assured that it is very unfortunate that for these types of complaints to proceed, they have to go viral on some social network, which is why she decided to break the silence and talk about the abuse she suffered.

After sharing a selfie in which she shows the pages of the complaint that she filed with the authorities against Levy, Ponce shared some screenshots of messages in which other girls who also say they have been abused by the actor congratulate her for daring to report him, since at least three other women had the same experience as her.

For his part, Levy has already spoken about it and, through a video shared on his Instagram, commented that he will take the appropriate legal action to defend himself, since he flatly denied having committed any act of violence or physical harassment against Danna Ponce.

In addition, he stressed that his 40-year career and the treatment with the producers, actresses and directors with whom he has worked during his life support him and thanked the trust they have placed in him during this difficult time in which he was accused of abuse. .

Quinceañera was planted by guests and waiters celebrate it