Dad learned songs to accompany his daughter to a concert 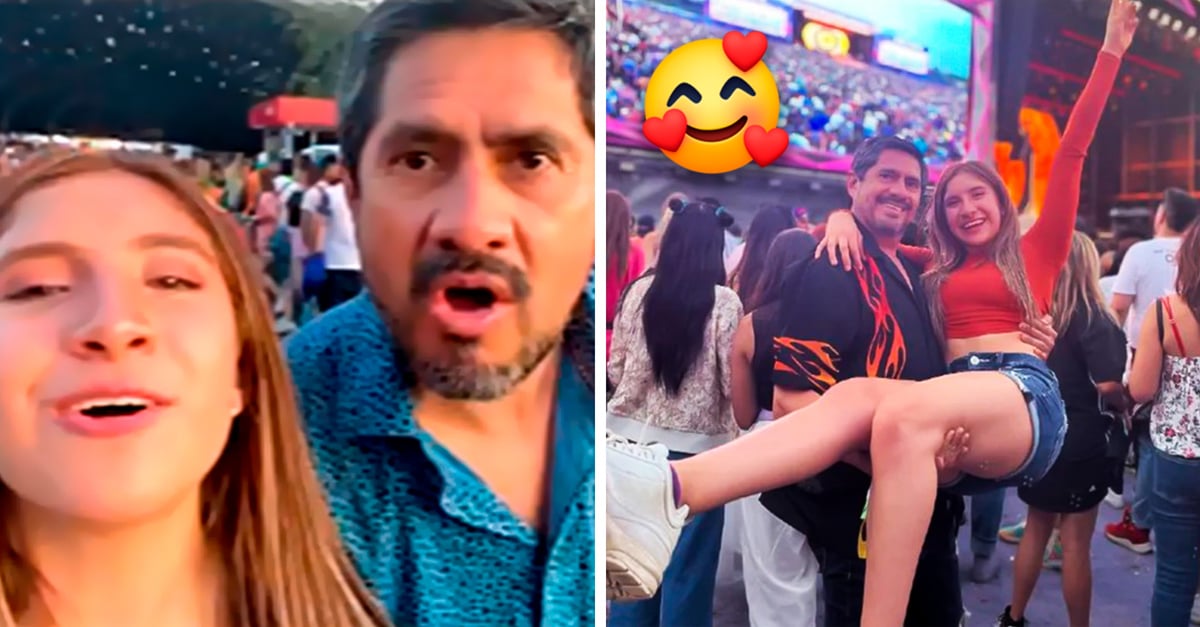 The phrase “There is nothing that parents do not do to see their children happy” ceases to be a simple sentence when parents like this girl’s arrive and give it a new meaning. Recently, the recording of a young Mexican woman who claimed that after no one wanted to accompany her to a concert, her father not only accompanied her, but also learned the hits of the artists who showed up to sing along with her. she.

The lucky one is Karla Costilla, who on her TikTok account, known as karcostilla, boasted that she has the best dad in the world. Through a recording with the song Hup to the root Natalia Lafourcade in the background, shared some scenes in which she appears accompanied by her father before, during and after the concert.

The man did not want his daughter to miss out on the opportunity to attend the 2022 Tecate Emblema Festival, which took place on May 13 and 14 at the Hermanos Rodríguez Autodrome, in Mexico City, so it was applied and with In order to see her beloved daughter happy, she learned the songs of the artists to sing along with Karla.

♬ Up to the Root – Natalia Lafourcade

Nobody wanted to go to the concert with me and my dad learned all the songs just to take me and sing them with me.

After singing the songs of the artists Danna Paola, Morat, Danny Ocean, Sebastián Yatra, among others, in the video you can see that the man also got on a mechanical game with Karla.

The emotional adventure of the girl with her father did not take long to become popular on networks, since at the moment it has 9.4 million views, more than 1.4 million views likes and more than 22,900 user comments that congratulate the father’s action and tell the girl how lucky she is to have him in her life.

Following the success of her video, Karla uploaded more clips of her concert experience. She even shared a short recording in which her father can be seen excited about her reading about her that went viral for accompanying her to the concert.

Neta don’t know how happy my dad is, I think I’ve never seen him so happy He was shaking and almost crying Thank you very much friends 🥺 #fatherdelaño #viral #fyp #parati

There is no doubt that Karla is very lucky to have such a father in her life, because those are the details that make us appreciate her presence and unconditional support.

What do Lightyear and The Batman have in common?

Scientists grow plants on lunar soil for the first time