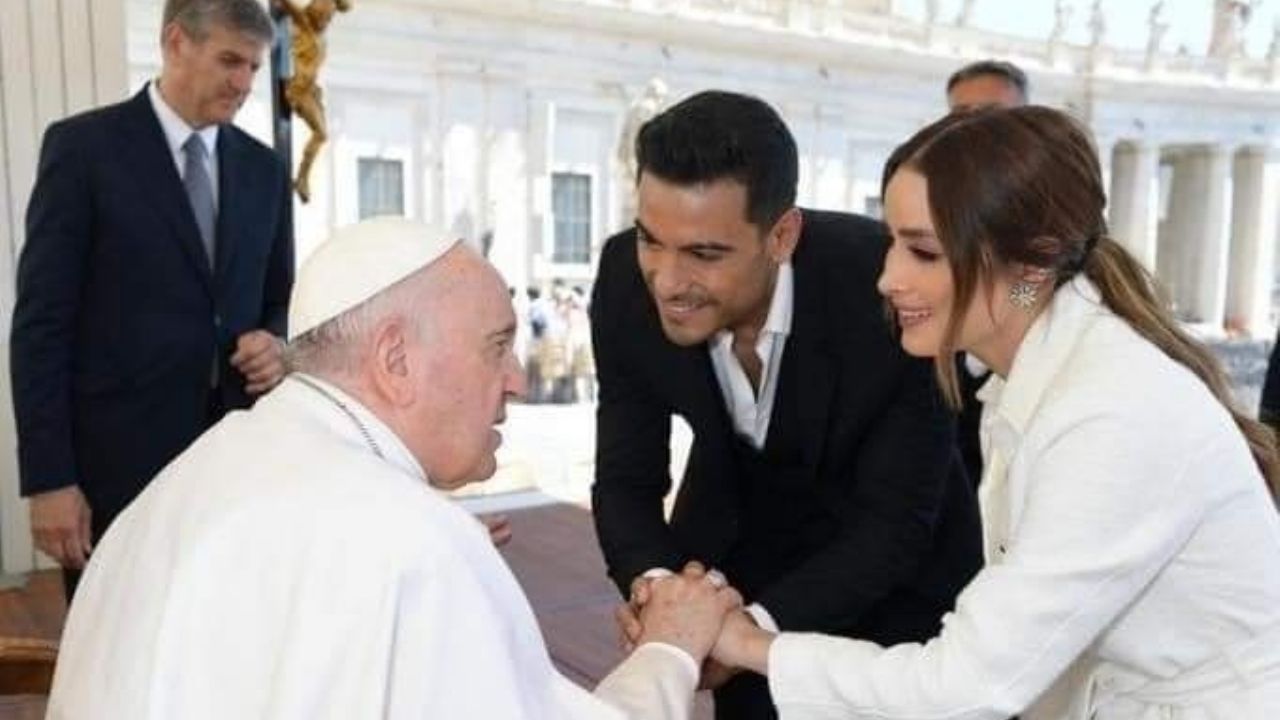 Journalist Alex Kaffie confirmed this Thursday in his column for El Heraldo de México that Cynthia Rodríguez and Carlos Rivera are already married.

The entertainment expert revealed that he was contacted through a direct message on his Instagram account by a person who is selling 25 photographs of the former academics’ link for 50 thousand pesos.

Kaffie narrates that a file was sent to him, which expired 10 minutes after it was sent, the snapshots of the wedding that would have been taken by one of the attendees at the event.

The journalist assures that despite the fact that the images came to him in low resolution and somewhat distorted, because those that are in high resolution would only be delivered to him if he made the purchase, he was able to observe “an enormous happiness in the contracting parties.”

The bride and groom were surrounded by about twenty people, among whom he could only recognize the host Laura G, highlighting that among those absent from the party were the host Kristal Silva and the theater producer Alejandro Gou, who presume to be very close friends of the newlyweds. .

The journalist assures that he did not buy the images because he does not have the money they asked for and, if he did, “he would not spend them on that.”

It is important to mention that, so far, neither Carlos Rivera nor Cynthia Rodríguez have confirmed their wedding, however, both have been seen with wedding rings.

In recent days, the couple has shared images on their social networks of the trip they made together to Italy, where they would be celebrating their honeymoon.

The lovers have visited places like Florence, Rosa and Pisa and would be about to visit the famous Greek island of Mykonos.

Joseph Quinn meets Metallica and plays with them in concert

Nicki Minaj sues blogger for calling her a ‘coke addict’

Amber Heard is being investigated for false testimony