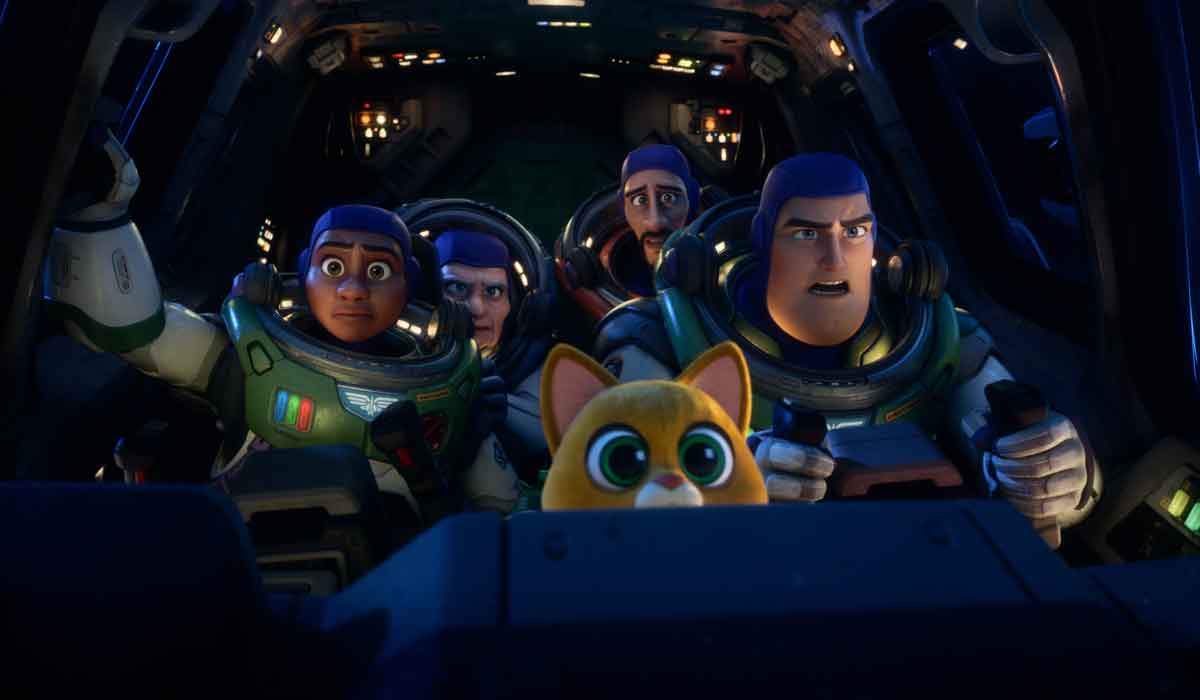 The next June 17 opens in theaters, Lightyear. Spin-off of the franchise toy storywith the popular star guardian as the protagonist (Spoiler free)

In Toy Story, we got to meet Buzz Lightyer and Andy’s favorite toy, what we didn’t know was that it was based on the boy’s favorite movie character. Lightyear is that movie, and it tells us Buzz’s origin story.

Chris Evans lends his voice to Buzz in the original version of the film along with Keke Palmer, Dale Soules and Taika Waititi who make up a group of excellent recruits. Peter Sohn is the voice of Sox, Buzz’s robot sidekick. The cast also features the voices of Uzo Aduba, James Brolin, Mary McDonald-Lewis, Efren Ramirez, and Isiah Whitlock Jr.

Angus MacLane, Annie Award-winning director and veteran Pixar animator, who co-directed Finding Dory as of 2016, he is the director of Lightyear. galyn suman (Short Toy Story: Lost Time) is the producer. And Michael Giacchino the composer of the soundtrack.

The story begins by revealing the mission of Buzz, the pilot of a ship that is searching for a habitable planet. However, the planet on which the radish lands (which is what Buzz calls the ship), has life forms that pose a danger to the people who make up the mission, so they try to leave the planet, however something goes wrong and they end up trapped in it.

Buzz will become obsessed with the mission of getting people off the planet and back home, even if it requires great personal sacrifice. On his journey he will have new adventure partners. His faithful kitten-shaped robot, Sox, and Izzy Hawthorne, Mo Morrison and Darby Steel, a group of new recruits with whom he will have to team up reluctantly to face the new threat of Zorg, the evil leader of an army of robots that is attacking the base.

Lightyear is undoubtedly one of the best PIXAR films, which has all the ingredients that can be asked of a film, a good script, action without limits, large doses of humor and twists in the story so that the viewer does not detach Get out of your seat and enjoy a great show.

However, the film is not without controversy. Since Pixar workers had to press for the inclusion of a censored scene that included a homosexual couple, which on the other hand a small minority of fans on social networks has also criticized for its inclusion. We are in a time when despite the apparent freedom in which we live, the worst censorship that exists is that of the intolerant and narrow-minded. Precisely when more diversity and representation of all groups in our society are being asked for.

The voices in their original version are great. Chris Evans, with a long experience in the UCM as Captain America, knows how to give the character a heroic tone, and the voice of Tim Allen, an actor who lent his voice to Buzz Lightyear in the Toy Story movies, is not missing. Here perhaps Pixar’s decision not to have the veteran actor is also somewhat strange, since if the toy was based on the character in this film, the logical thing is that they would have had him.

On the other hand, also highlight the voice of Taika Waiti (Director of Thor: Love and Thunder). But apart from the voices. The main characters are great. The incorporation of Sox, Buzz’s robotic company cat, comes to steal the show in many moments, in fact there are already people who are asking for a series or a movie for the character, which particularly reminded me of Goose from Captain Marvelas it is more than just a kitten.

As for the address. The experience of its director Angus MacLane, a veteran of the studio who has been working on it since 1997, when he joined the team of animators in Gery’s gameand that he had already directed the toy version of Lightyear in the shorts Big Little Buzz and Toy Story: Terror! (He had previously worked as an animator on Toy Story 2 and 3); and in Pixar’s space adventures, Wall-E (as animation director) and directing the short film Burn-E, a spin-off of Wall-E. McLane has reused some concepts from them, which makes me wonder, what if Lightyear takes place in the same universe as Wall-E? We’ll see if he answers it at some point.

As for the soundtrack, it’s amazing. Giacchino, seems to be on a roll, with some gap as in the soundtrack of Jurassic World Dominionbut his work in The Batman, Spider-Man: No way home and in Lightyear It is spectacular. The latter is also at the height of other works for Pixar such as, UP either The Incredibles. You can listen to one of the songs here.

In short, a good adventure movie, with lots of action and highly recommended for the whole family. Not too childish, not too adult. Just what we can expect from Pixar from other previous works that made the studio famous.

Synopsis: The origin story of Buzz Lightyear, the hero who inspired the toy, and who introduces us to the legendary Space Ranger who would end up with generations of fans.

Criticism for Chiquis Rivera on Instagram for drinking and smoking

‘I try not to let the criticism affect me too much’

Lebanese robbed a bank in Beirut; she wanted her savings