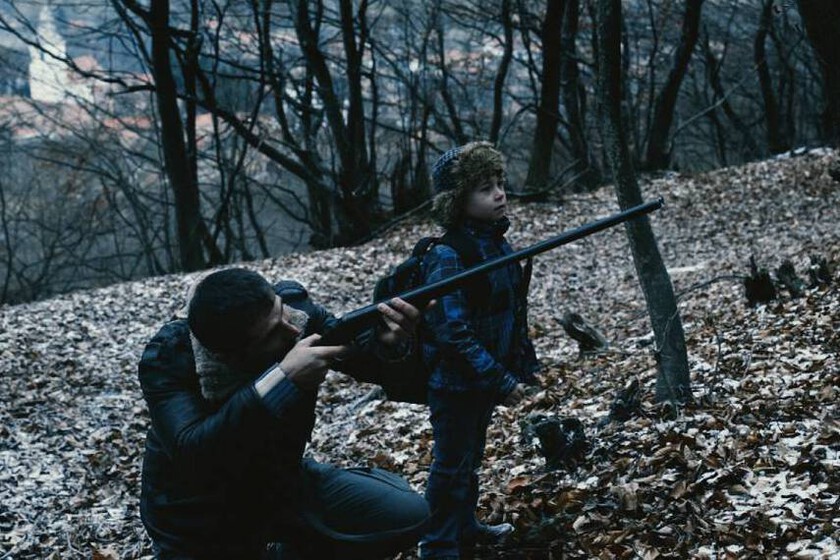 As a continuation of the cinema with a social background that usually characterizes the Cannes Festival and, although contrary to what one might think in this convulsive year, in an edition that has not had as much weight as usual in Official Competition, the romanian representation on that platform that discovered the rebirth of that cinematography 20 years ago.

Director of ‘4 months, 3 weeks and 2 days‘ either ‘Bacalaureat‘, Cristian Mungiu, once again establishes himself as one of the great exponents of these new Romanian cinemas at the turn of the millennium and continues his exploration of present day society with a strong social component as a basis for reflection.

The rooted hatred, the fear of what is different

After a rude goodbye, Matthias returns to the mountains of Transylvania, where he left his wife and young son for a well-paying job in a slaughterhouse in Germany. The panorama around him is that of a non-existent marriage and a son with learning disabilities who misses him, but whom he barely knows. In the town, everything seems to stay the same, except for the bestial exodus of most of its inhabitants, who continue to march day after day in search of better opportunities as workers of anything on the other side of the border.

Only one bread factory, run by two well-educated women abroad and with Europeanist aspirations, seems to be growing like wildfire, if it weren’t for the impossibility of increasing the workforce due to the lack of local candidates that pushes them to import three foreign workerswith the opposition of the popular majority.

With this premise of double standards starting from a traditionally migrant people, Mungiu reflects on the class racism associated with European immigration todayleaving overwhelming episodes that remain etched in the collective memory, like that sequence shot with a fixed camera that records a brutal popular debate for several minutes in which the director limits himself to observing, leaving the characters to portray themselves.

An x-ray of the ultranationalist Europe of the moment that terrifies with internalized hate speech in such a natural way that it is terrifying and revives the old argument of us versus them, awakening the blackest of ultra-protective social thought.

With an absolutely naturalistic tone and a concentrated and heavy atmosphere, ‘NMR’ leaves an imagery that implies guns and hunts with such incredible force and veracity that it scares. Incorporating into the plot of its characters all the xenophobic clichés that ten years ago would have seemed disproportionate and underlining, ‘RMN’ portrays the consequences of the lack of opportunities and the acceptance of self-imposed limitations that result in a fear of what is different that, in that current speech, sadly, again they sound too familiar.

In this year, with the invasion of Ukraine as a backdrop, to which the Cannes Film Festival, with its proclaimed interest in social struggles, has made little mention from that very important loudspeaker towards which the whole world is looking these days, the film by Cristian Mungiu is absolutely disheartening. Tremendously accurate and hopeless. bleak.

Joker 2 will be a musical: It’s official!