COVID outbreak at The Academy? They transfer ALL students to the hospital in less than 48 hours 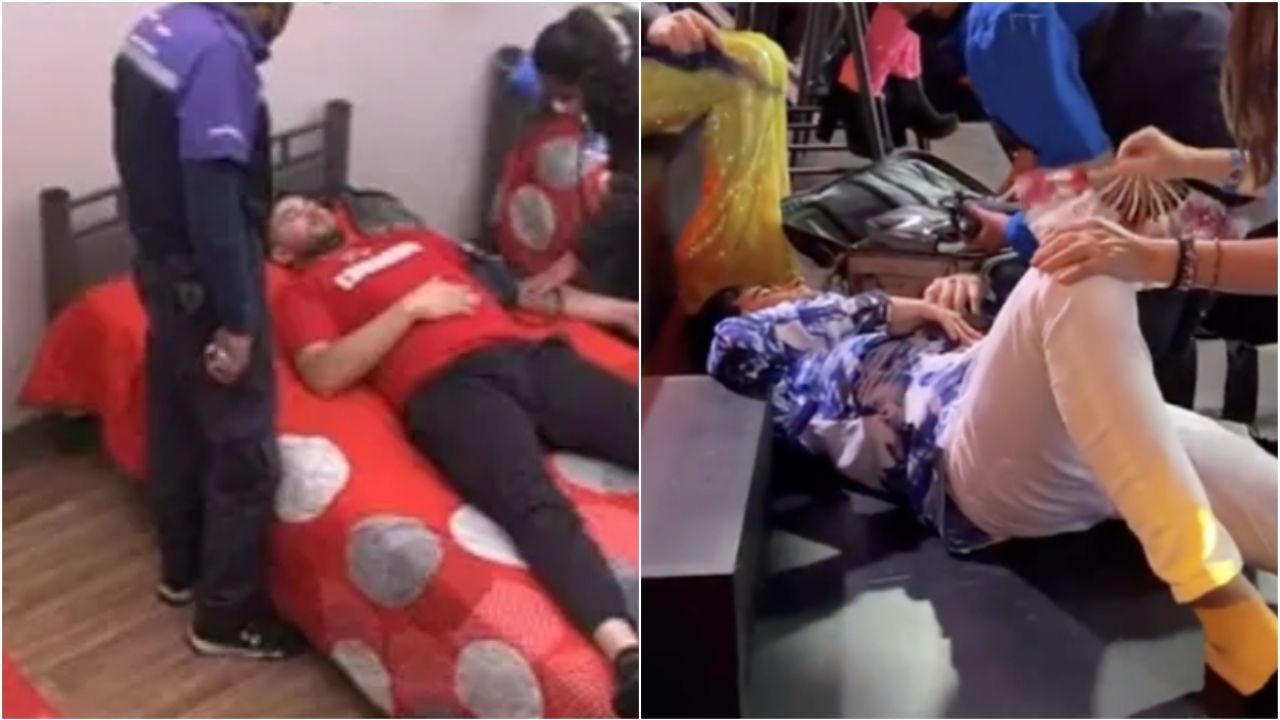 The alerts have been turned on inside the singing reality show ‘La Academia’ after in the last 48 hours and due to different health incidents, all the participants have been transferred to the hospital since Sunday morning, which has sparked rumors of a possible Covid-19 outbreak at the facility.

According to what was reported through the program, several of the students have presented weakness, stress, poor nutrition, stomach discomfort and alleged dehydration inside the house.

The situation worsened to such an extent that the production had to cut the live broadcast, so so far it is not possible to see what is happening to the students.

What is happening in ‘The Academy’?

Through its official pages, ‘La Academia’ has kept the program’s followers informed about the health of the participants Andrés, Santiago and Rubí, who were diagnosed with probable dehydration.

However, Nelson and Eduardo later presented symptoms, so the production made the decision to take all the participants to a medical evaluation, ensuring that the families of the “academics” have been constantly notified. In addition, it was detailed that all are accompanied by qualified personnel and members of the staff team.

On the one hand, Santiago vanished in the middle of the show on Sunday night. The 23-year-old commented that he was short of breath, so he fell to the ground as he could not stand up. Eduardo, on the other hand, suffered a crisis of accumulated stress, which led him to experience nausea, muscle contracture and body tension.

Before, during classes this Monday and as the hours progressed, fewer and fewer students appeared in the frame, until when the signal ceased, only the Ecuadorian, Mar, remained. While in the previous hours, several of the members indicated that the discomfort could be the result of bad tuna.

For now, ‘The Academy’ concluded in its statement that as soon as there is an official medical diagnosis for each of the students, it will be made public.

‘The Academy’ blames a nutritionist for the discomfort

Alexander Acha, who works as director of the reality show, attacked the program’s nutritionist and pointed out that she should be fired after seeing the state in which the young people were.

“There is a reality that is urgent, they have just been given a nutritionist who has them cracked; they feel weak, their diet is not working… This is serious. They were very well before with their diet, they are all sick, they are all unwell. Please, I request that this nutritionist be removed immediately,” Acha said.

In response, the specialist Montserrat Barojas, the nutritionist who advised them and changed their regimen to a new diet, came out to defend herself against the accusations through a live broadcast that she shared on her Instagram account.

In his version of events, he not only denied that his eating plan was the cause of the hospitalizations, but also revealed that the production of the reality show does not have enough money to provide them with good quality food and with the portions they need.

“They had no money to buy them more food. I never put them on a keto diet, or intermittent fasting, ever,” the expert defended herself.

However, several fans did not believe in his innocence and took on the task of investigating Barojas. They discovered that in 2018 the specialist was part of the Falling in love program and since then she has presented herself as a nutrition graduate, although many claim that she lied about it, since they affirm that she does not have a professional license to act as such, in addition to the fact that in reality she is marketer graduated from the Instituto Tecnológico y de Estudios Superiores Monterrey.

a long dress very Sara Carbonero that is mega discounted

“I don’t like my job as much as Wolverine.” Hugh Jackman assures that he never took steroids to achieve the spectacular physique that the character required

the model that triumphs in Geox