Couple who won the lottery 10 years ago are now broke 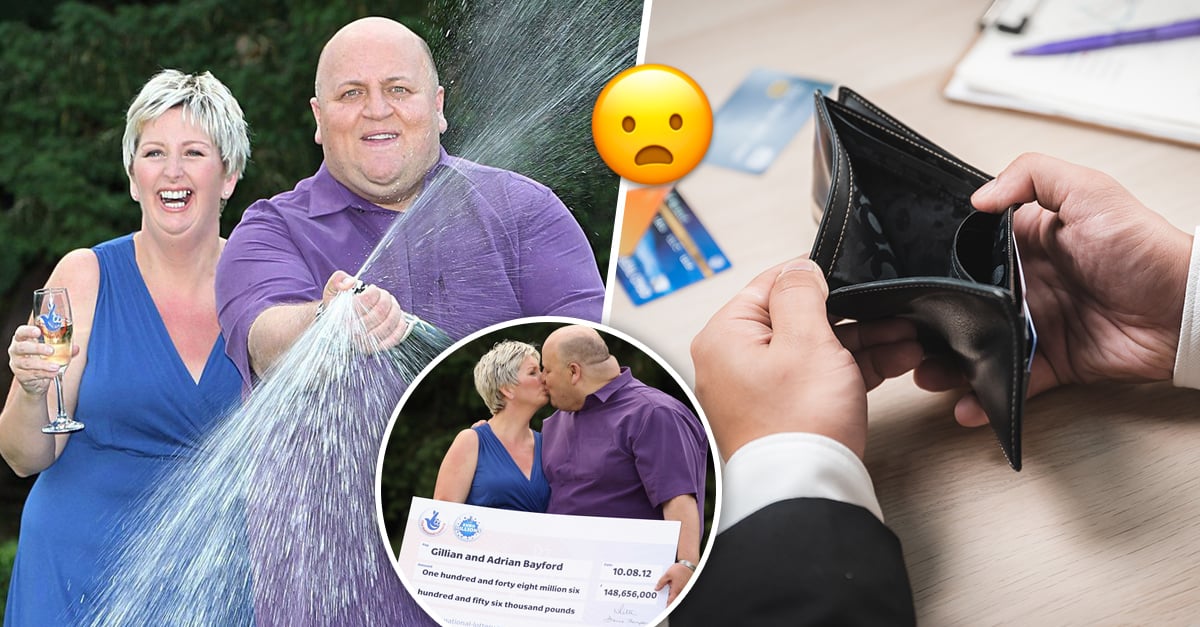 Imagine that one day you decide to buy a lottery ticket just to try your luck, without any expectations, but the planets aligned and your ticket was the winner of 200 million dollars. So you think about what you will do with all that money, be it buying a house, changing your car or traveling. However, time passes and money, like love, the song would say, also ends. Unfortunately, you did not invest anything to ensure that your new fortune grew and 10 years later, that money now “exists only in your memory”.

It is sad that this scenario only exists in the imagination, because surely you have already analyzed what you would do with that fortune. However, it is worse that this situation is real, because it happened to a British couple. In 2012, Gillian and Adrian Bayford won $200 million on a lottery ticket, and 10 years later they’re broke.

After Adrian was the winner of that fortune, the couple looked for where to invest their money. In his plans was to buy a house, a car, tour the Rocky Mountains of the United States by train, take his children to Disney and, thinking of charity, donate part of the prize to a children’s charity.

Gillian was a hospital cleaner in England and decided to quit her job, while Adrian continued to work at his Suffolk County music store. Both pretended that this stroke of luck would not change their lives. However, a year later, the couple decided to separate.

The woman moved to her native Scotland in the company of her children and in 2016, she established a real estate fund in which she invested a large amount of money, to get several homes, but the only thing she achieved were debts and economic problems.

On the other hand, Adrian opened a movie and record memorabilia store. In addition, he bought 38 houses to rent them out for rental income, but this did not work out either. In fact, he has been trying to sell his large residence for several years. However, he has not reached any agreement with potential buyers.

So if one day you decide to buy a lottery ticket and you are lucky, analyze well what you will do with the prize; invest and remember that you don’t need anything from Black Friday!

This is how Clara Chía, Piqué’s girlfriend, combines a yellow bag and the result conquers us

Young adoptee celebrates his birthday for the first time