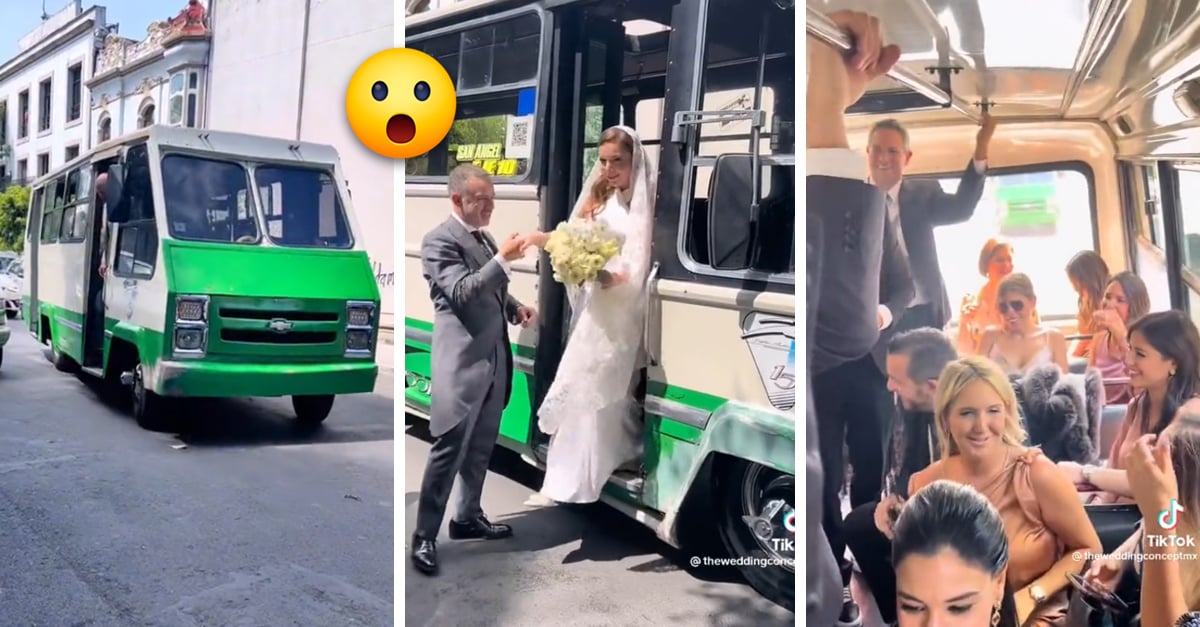 On more than one occasion it has been seen that themed parties have become fashionable, since they are not only used to celebrate a birthday, but there are people who began to adapt them to their weddings. Although it is still unusual for them to be carried out, more and more couples are joining this type of action.

This time it was the turn of a couple who not only went viral, but also received criticism on social networks for hiring several buses in Mexico City to transport their guests and thus arrive at the ceremony.

Branded classists for romanticizing poverty, through The Wedding Concept Mx, a company dedicated to organizing events with special themes, the couple in question wanted to give an extravagant touch to their special day, so they decided to rent three buses of the city’s public transport so that they and their guests could be transferred to the place where the religious ceremony would take place.

The experience of this couple was shared through a video posted on TikTok, where the account of its origin seems to have been deleted. With a duration of 15 seconds, the recording begins with a group of guests about to get on the bus to then take a walk along Reforma Avenue, in Mexico City, and, at the end, see the bride and groom get off the transport. public.

#VIDEO 📲 How when the rich have fun with the suffering of the poor 😂 in a fish tank they took the guests of a wedding in the #CDMX. pic.twitter.com/bT5rOo9ijH

In one part of the clip you can see the guests inside the bus, very amused by their experience on public transport, while wearing suits and outfits elegant according to the situation, outfits that were quite contrasting with how old and neglected the buses looked.

The video did not take long to become popular on networks, where there were those who did not find the theme of the wedding funny and did not hesitate to express their disgust, classifying them as classists for having fun with a daily action of people who use public transport.

The comments judging the couple’s action were so many that the account not only chose to delete the video, but also deleted the TikTok account so as not to leave any trace of it.

Despite the bad reaction of network users, the couple looked happy and radiant at all times. Apparently they were having a good time and that’s all that matters. Congratulations to the couple!

this series has a protagonist who is a fraud, but she is also the “Derry Girl” that was missing in our lives

“I wouldn’t want to direct a Marvel movie”