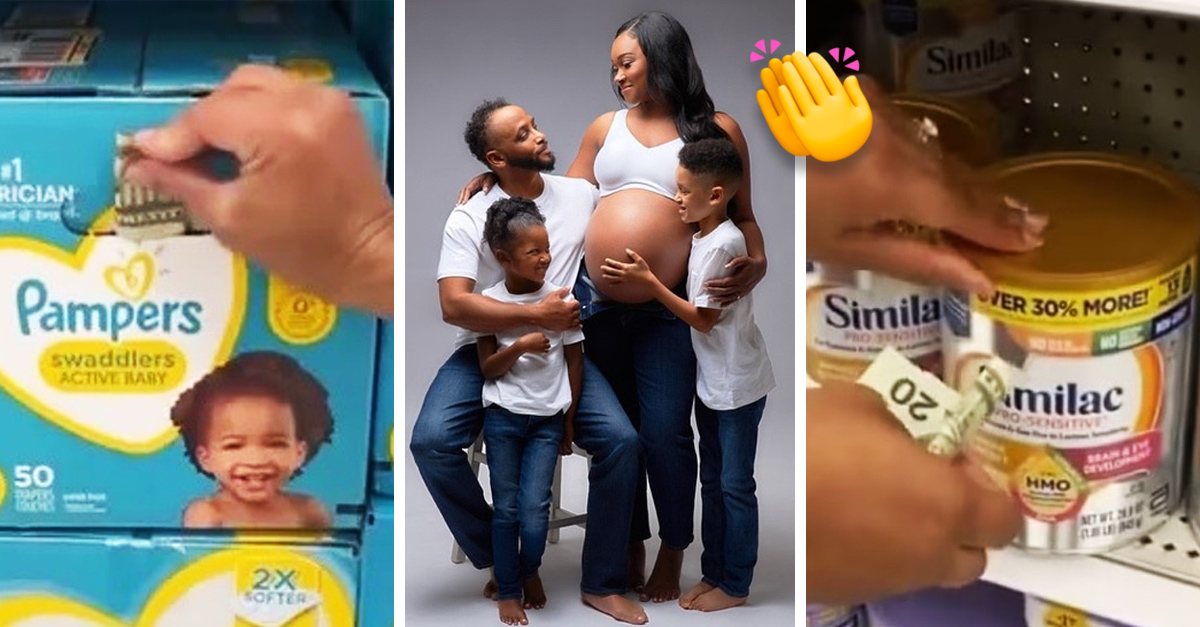 Starting a family is not easy at all, since at the time of becoming parents, couples realize that it is not only about taking care of the upbringing, but that the expenses to cover their basic needs are quite high.

That is something that this couple is very clear about, because when they were first-time parents they realized that parenthood is not an easy task, so based on their experience, they decided to do something about it and began to hide money in baby products in self-service stores to help couples who are parents for the first time.

“Do good without looking at who” was a phrase that Krystal and Patrick Duhaney decided to apply through this dynamic, with which they seek to help parents who need it most, since they understand how difficult the economy is when has the first child.

Originally from California, United States, the Duhaney couple have two children and a third that is on the way. Remembering the difficult economic situation they experienced with their firstborn and now having a more stable life, they chose to place $20 bills in milk jugs and boxes of diapers at Target stores in their city so that parents who buy them find The surprise.

We remember what it was like to be new parents. We struggled to make ends meet and get some of the basics as a young couple with a new baby.

Its dynamic is based on hiding a thousand dollars in cash, which they are responsible for distributing in 20-dollar bills, inside the basic necessities for babies in an establishment of the Target chain, located in Manhattan Beach, in the Los Angeles area. , Calif.

The good cause of the couple began after their purchases for the baby that is on the way realized how expensive baby products are today, so because their economy improved after founding their company Milky Mamawhich is in charge of supporting breastfeeding, decided to do something to help new parents, especially during the difficult time of the pandemic.

Being a parent is hard! Before founding @milkymamallc, we often struggled to make ends meet. So my husband and I went to several Target stores in Southern California and stashed money in baby items. We hope parents who purchase these items will have a better day when they find our donations.

The couple shared their initiative not to brag about their good deed, but in order for more people to join the cause and thus be able to continue this chain of help in support of new parents.

Elizabeth II: the shocking reason why there are no photos of the pregnant queen

What is the mandatory dog ​​insurance required by the Animal Welfare Law?

74 series, movies and documentaries such as ‘Sandman’, ‘Day Shift’ or the end of ‘Locke & Key’