Company scratches your car for lying on your resume 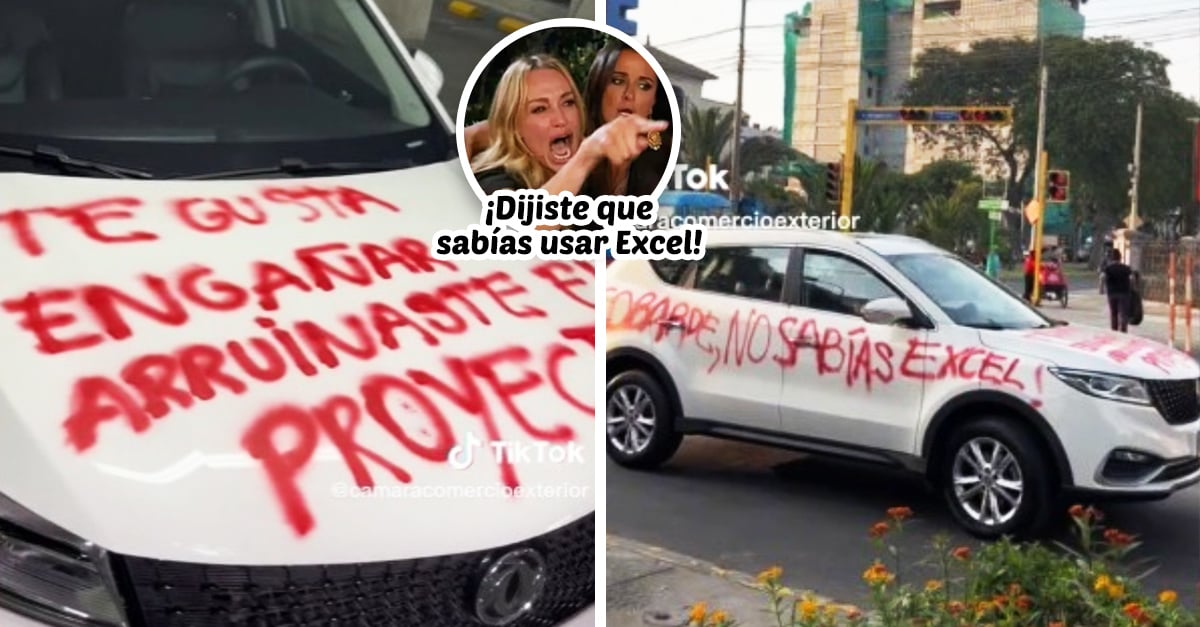 Today, in your favorite section “Not even Shakira dared to do so”, we bring you the revenge case of a marketing company that was looking for a new employee who knew how to work Microsoft Excel perfectly. However, the resume of a liar who claimed to have experience working with the aforementioned software.

The lie was so catastrophic that the new collaborator ruined an important project in which the Foreign Trade industry was working. In the face of disaster, the co-workers did not sit idly by and a vengeful rematch of Shakira with Bizarrap emerged from their vengeful minds.

The reckoning was shared on TikTok by the company in question, which documented the moment the former worker left the place with his white van striped with a huge red message, which read as follows:

Coward, you didn’t know Excel! You like to cheat. You ruined the project.

They scratch his car for lying in his curri pic.twitter.com/vRsnDHcFRq

It was so that the phony came out with “his tail between his legs” driving a car that did not go unnoticed by anyone. The act sparked all kinds of comments, most of which correspond to mocking the situation, while others assure that it is all part of a strategy to interest more people in accessing the courses that the TikTok account offers.

They scratch the car for lying in Curri pic.twitter.com/auCAw3bWab

Finally, in another video they confirmed that, indeed, everything was a way to attract more customers.

Say goodbye to the black mold of the silicone in your bathtub forever: tricks for the home

Mom of ‘The Rock’ suffered a car accident

Ninel Conde shows off her rear by posing lying down, wearing a gold micro-thong

A great like Tom Hanks was not spared from suffering from impostor syndrome, and Paul Newman was to blame

To the top! Lili Estefan shows off her legs in a minimal dress