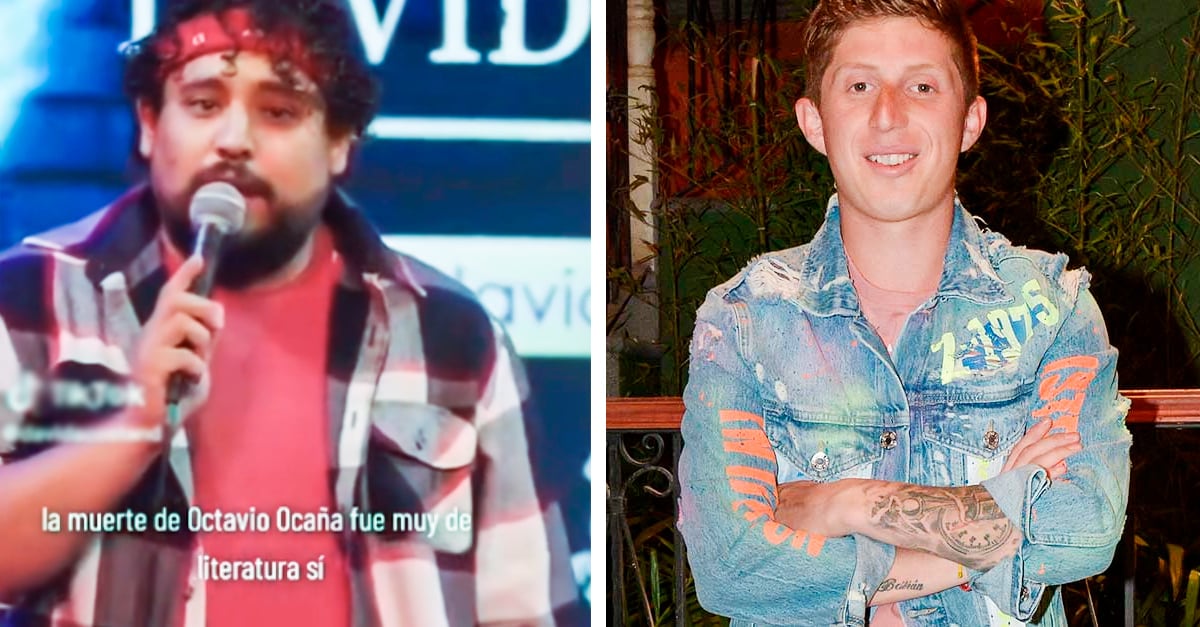 Although it may not seem like it, comedy is the most complicated genre to execute, since not only talent and perseverance are required, but also a lot of ingenuity and creativity to carry out a routine that pleases the public. However, this has not been taken into account by some comedians, since by using “black humor”, they have decided to make jokes and jokes regarding unfortunate events, such as the death of actor Octavio Ocaña.

Recently, comedian David Acosta cited the tragic moment in his routine stand up as part of your Showsomething that many people found cruel and very foolish, since the actor from Neighbors passed away a little over a year ago.

Acosta shared a video of one of his acts of stand up on his TikTok account, which has just eight thousand followers, where he used the actor’s murder to provoke laughter from the public. However, only a few of the people present reacted, while the others remained awkwardly silent.

After making this video known, the views increased to over 25,000 in a single day and the comments from the users are not entirely good, since his joke caused outrage and annoyance in some.

‘It’s too soon to do it’, ‘It’s not funny’, ‘How can they make fun of something so tragic’, ‘It’s impressive what people like to see and what they make fun of’, ‘What they have to do to swallow and have them look at it again’.

So far, the author of the video has not spoken or expressed an apology to the actor’s loved ones, who have not commented on it either. But it should be noted that this is not the first time that the comedian draws attention on social networks for his black humor jokes, since he was previously in the midst of controversy when in a Show used as a reference to the femicides in Ciudad Juárez, which is why he was accused of being macho and misogynistic.

“I am not a salaryman.” Quentin Tarantino will never work with Marvel or DC and is hoping that the fashion of superhero cinema passes

Ghost of Fernando del Solar appears while his widow, Anna Ferro, has a live interview and goes viral | VIDEO