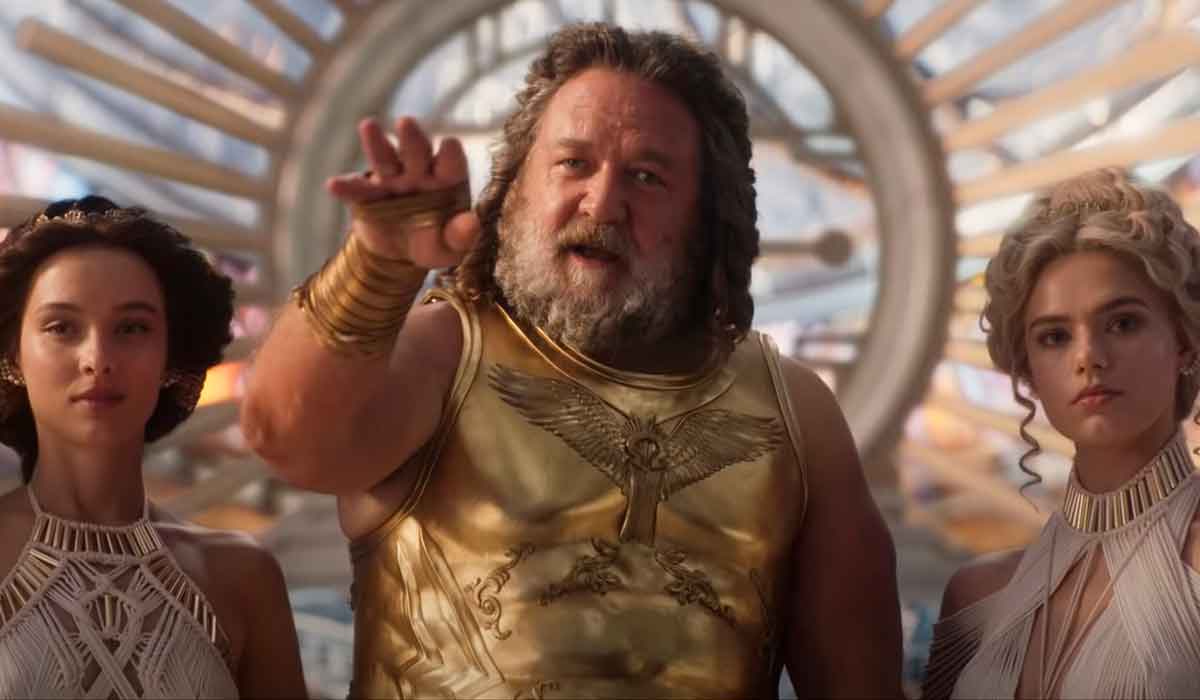 A little less than the theatrical release of Thor: Love and ThunderChris Hemsworth has spoken about Russell Crowe’s sense of humor

In an interview with Disney, the star of Thor: Love and ThunderChris Hemsworth has spoken about Russell Crowe’s performance as Zeus, and it might surprise you.

Chris Hemsworth noticed how Crowe “He has a great sense of humor and did everything that (director) Taika (Waititi) asked of him on set with his performance”:

“I never thought I’d see the day that Russell would appear on screen with hints about ‘Gladiator’ visuals, but with a wink, totally self-deprecating. He didn’t hold back. I am a great fan. Since I started acting. There is such weight and seriousness in the interpretations of him and him, as an individual, from afar. But knowing him, he has a great sense of humor and did everything Taika asked of him on set. And it was so much fun to play with the mythology, going from Norse to Greek mythology – Taika ties all these worlds together.”

Natalie Portman, who brings to life Jane Foster’s mighty Thor, shared that “It was fun to see [Russell Crowe] play the fool… [y] be able to let go»:

“It was so much fun watching Russell Crowe play Zeus and seeing that he has a great sense of humor with the character. It was fun to watch him goof around. I think we’re so used to him in such strong, heroic roles. So it was fun to see him be able to let loose.”

The film finds Thor (Chris Hemsworth) on a journey unlike anything he has ever faced: a search for inner peace. But his retreat is interrupted by a galactic assassin known as Gorr the Butcher of Gods (Christian Bale), who seeks the extinction of the gods. To combat the threat, Thor enlists the queen’s help. Valkyrie (Tessa Thompson), Korg (Taika Waititi), and his ex-girlfriend Jane Foster (Natalie Portman), who, to Thor’s surprise, inexplicably wields his magical hammer, Mjolnir, as the Mighty Thor. Together, they embark on a harrowing cosmic adventure to unravel the mystery of the Butcher God’s revenge and stop him before it’s too late.

The film is directed by Taika Waititi (What we do in the shadows, Jojo Rabbit) and produced by Kevin Feige and Brad Winderbaum.

Angelina Jolie and Brad Pitt: Nostalgic mail with which she said goodbye to him goes viral