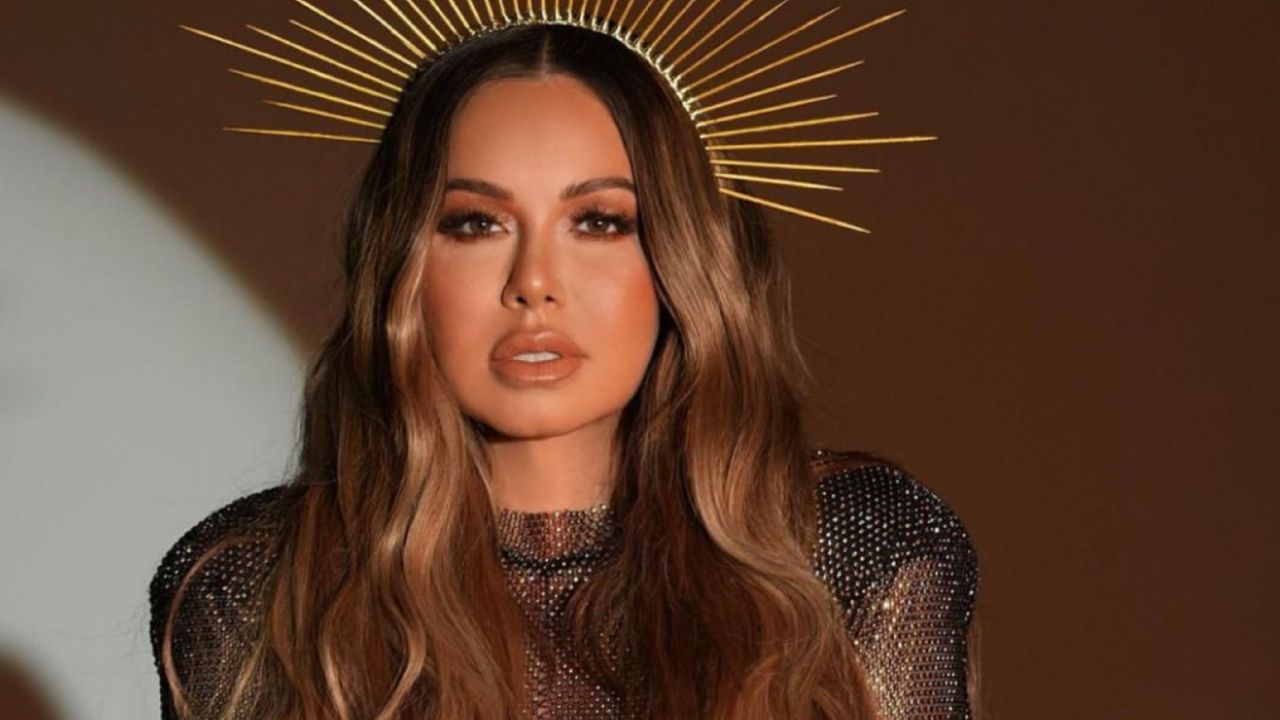 ISummer vacation is just around the corner, so Chiquis Rivera decides to show the best swimsuits for those curvy girls, with which they are going to devastate in this hot season.

And it is that the eldest daughter of Jenni Rivera has inherited the best curves of her famous mother, so she is not afraid to show off her attributes from the beach or when she can be inside a pool enjoying the sun.

It is worth mentioning that the also singer of 36 to those of age is one of the famous ones who is not afraid to show off her body as God brought her into the world, because it continually raises the temperature of its social networks.

It is important to add that in recent days the version has emerged that the young singer could have undergone cosmetic surgery to lose a few kilos of weight.because some of her fans say she looks very thin.

Apparently the member of the Rivera dynasty She would have undergone a gastric sleeve in recent weeks, and apparently the results have already begun to be seen with the naked eye, because she looks truly beautiful.

So far, the singer has not come out to deny or confirm the transformation of her body, but what is a fact is that she is preparing for this hot season and these are the swimsuits that you are going to want to copy.

Whether one or two pieces, Chiquis has been characterized by wearing quite striking colors, and no matter what her haters say, she is not afraid to show off her statuesque figure in tiny, sensual and daring bikinis.

The eldest daughter of the “Great Lady” has been characterized as one of the famous ones who leaves very little to the imagination of her followers, and proof of this was this two-piece model that also has a robe that confirmed the sensuality of the garment

Rivera spoiled his more than five million followers with a red swimsuit that many noticed is very similar to one that the reggaeton singer had used Natti Natashawith a print of the well-known bandanas.

It is worth mentioning that the lower part of it is high-waisted, which helps and favors women with pronounced hips, as it stylizes the body and highlights the best attributes, as the singer demonstrates.

But if we talk about roasting meat, The star really knows how to get noticed, and a skimpy swimsuit in blooming pink raises any expectations of a hot day.

Lupillo Rivera’s niece shared an image where she looks in front of a grill and shows off her infarct curves in a bikini that also has a transparent bathing suit in the same color as the garment.

True to her style, the singer does not miss the opportunity to innovate whenever she can, so she is not afraid to join the different trends, and proof of this are the long-sleeved swimsuits.

And it is that the singer opted for a two-piece look with different colors in pastel tones, but the true cry of fashion was with the top, even as it was not only long-sleeved but also had a front closure.

“What happened to her?”: Galilea Montijo is criticized for excess botox on her face and they say she looks like another

How well do you know Lee Yeon?