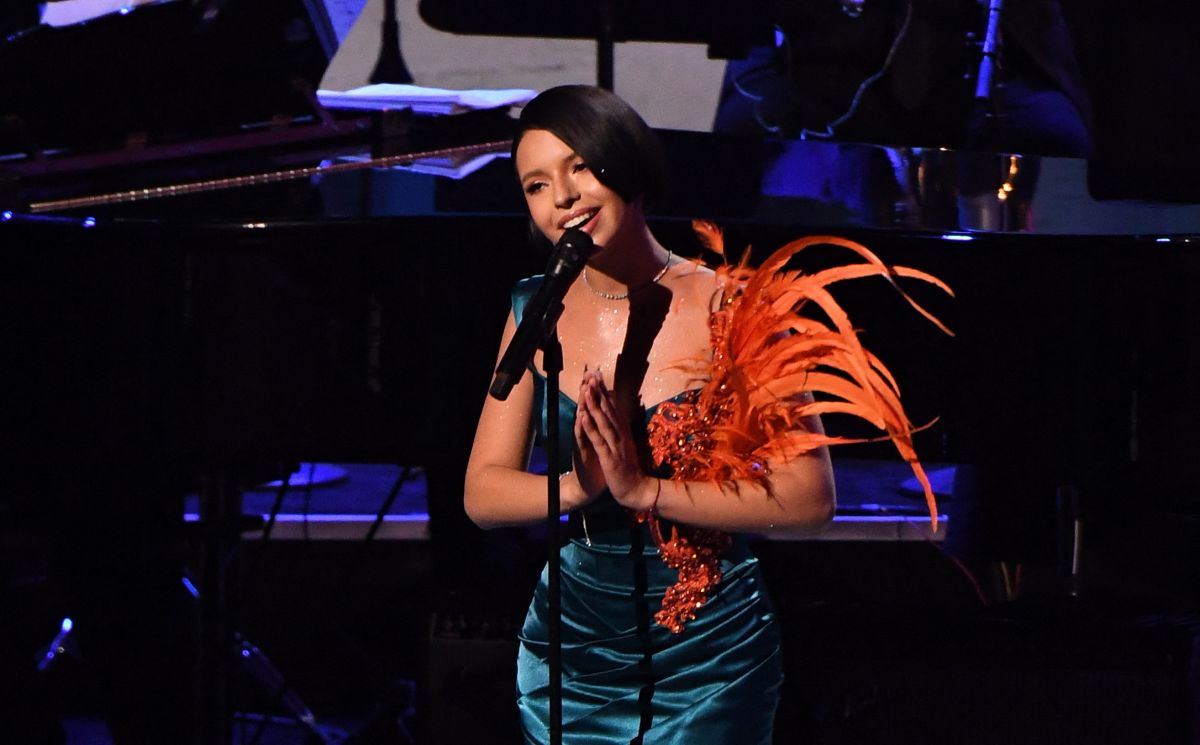 Angela Aguilar He’s in a whirlwind of emotions after some fake photos with his face, but while this issue is resolved, Chicharito Hernandez took advantage of a live to send a tremendous compliment to the American singer.

Javier “Chicharito” Hernández, could not stand it and declared that he likes the interpreter of “La Llorona” mainly because of the great talent he inherited from his father and his paternal grandparents.

The LA Galaxy striker’s statement was made through a live broadcast by the “Hoy” program and Bandamax from their social networks. Being a recognized figure of Aztec football, he not only talked about soccer, but about him as a person and it was right there that he could not hide his liking for the 19-year-old girl.

“I like Ángela Aguilar, she is an incredible singer, she is a great guy. I met the entire Aguilar family, everyone, from Pepe… Also her wife, her children, all of them, and Ángela has a spectacular voice, I really like how Ángela sings ”

This was announced by the soccer player from Guadalajara who, to the surprise of his followers, gave them a sample of his voice and his desire to be able to sing alongside her.

It should be noted that Javier “Chicharito” Hernández never spoke with an intention other than the admiration of a fan for an artist.

What new scandal is Ángela Aguilar involved in?

For a few days, alleged images of Ángela Aguilar have been circulating on social networks that are compromising.

Although it is natural that things about celebrities are said, in this case the intention crossed the line and she broke the silence through a statement where she assured that she seeks to reach people’s hearts from what she does: music.

However, he also assured that he will go to the last consequences against whoever is responsible. In addition, He thanked all his followers and fans for the support they have shown him since he got into such a serious problem that it can affect anyone’s image.

“But today I raise my voice and use my platform and echo. Not just for me, but for all the women and people who have suffered cyber bullying. Digital Violence is real Olympia Law”, Wrote Ángela Aguilar, who shared her own letter shared from her fan accounts.

Ángela Aguilar wants a romance just like her grandparents lived it; that was their love story

Five restaurants to eat well in Madrid without leaving a fortune

Employees of rival stores go viral by showing off their love

will sweep the winter sales of the El Corte Inglés outlet

Leroy Merlin has the shower shelf, with a built-in mirror, which is installed without the need to drill holes in the bathroom so that it is always tidy