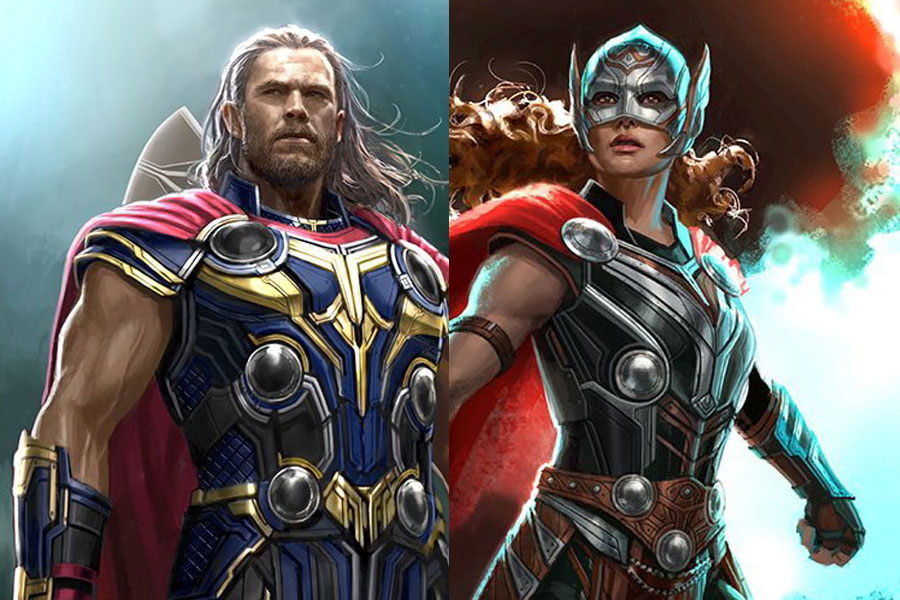 Andy Park shared the Mighty Thor and Thor concept arts that made it into the final cut of the Love and Thunder movie.

As Thor: Love and Thunder wins over fans of the MCU, artist Andy Park has shared concept art for some early versions of Natalie Portman’s Mighty Thor and Chris Hemsworth’s Thor.

According to Park in the original posts, the illustrations date back to three years ago, during the pre-production of Thor: Love and Thunder, when director Taika Waititi commissioned the conceptual arts.

Contrary to other concept art, such as what we saw of Russell Crowe as a demon before it was confirmed that he would appear playing Zeus, these works stand out for their consistency with the final design of the suits that we saw in the fourth film of the God of Thunder.

If you want to see the original posts of these conceptual arts, click here for Thor’s and here for Mighty Thor’s.

If not, check them out below.

Concept art of Mighty Thor and Thor for Love and Thunder

The film finds Thor (Chris Hemsworth) on a journey unlike anything he has ever faced: a search for inner peace. But his retreat is interrupted by a galactic assassin known as Gorr the Butcher of Gods (Christian Bale), who seeks the extinction of the gods. To combat the threat, Thor enlists the help of the Valkyrie Queen (Tessa Thompson), Korg (Taika Waititi), and his ex-girlfriend Jane Foster (Natalie Portman), who – to Thor’s surprise – inexplicably wields her magical hammer, Mjolnir, like the Mighty Thor.

Together, they embark on a harrowing cosmic adventure to unravel the mystery of the Butcher of Gods’ revenge and stop him before it’s too late.

Baki the Grappler (2001): A testosterone fest that introduces us to this crazy martial arts anime

Chyno Miranda: His girlfriend, Astrid, gives the day to her mother so that they celebrate the birthday together

The complete list of the heroines who have called Ms Marvel

After causing controversy for a photo in which he was shown naked, Tommy Lee now joins OnlyFans