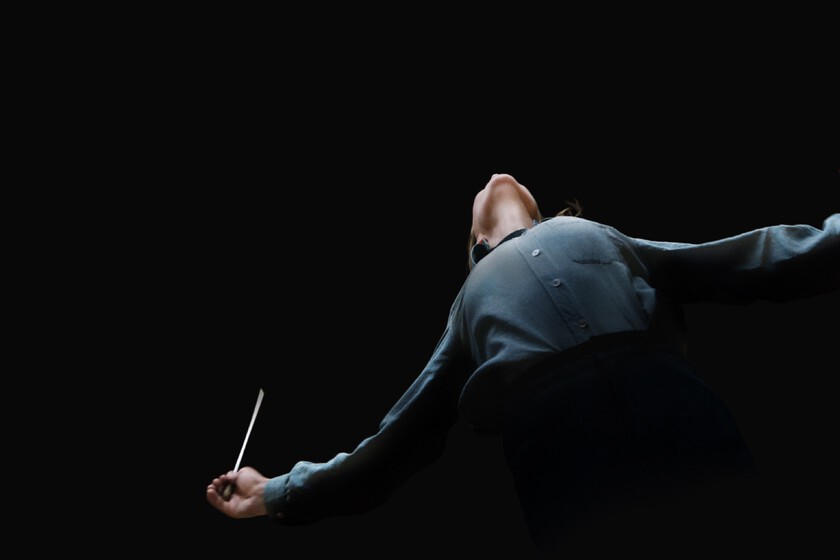 The new film by actor and director Todd Field, opening on January 27, is his second foray behind the camera after two films quite far apart in time. Best known for being the pianist on ‘Eyes Wide Shut’ (1999), Field has teamed up with Cate Blanchett to create ‘Tár’ a fascinating character study within the world of Western classical musicin what might seem to many to be a biopic about the first female conductor of a major German orchestra.

However, Lydia Tár, considered one of the best living composers and conductors, is a totally fictional character, almost as if the proposal were indeed a dystopia, since in the real world no woman has directed the Berlin Philharmonic, a satirical provocation that comments on everything that needs to be commented on certain cultural institutions in the middle of 2023 without making any specific or direct criticism. A former protégé of Leonard Bernstein, she enjoys a prestigious position at the highest level of the cultural pecking order.

There aren’t many other musicians in the world with her recognition, but the film isn’t going to tell us about the difficulties she encounters or analyze the harsh environment for women in contemporary music, or at least not as one might expect. ‘Tár’ narrates more of a fall from grace, a chilling study on the abuse of power, set in an industry that has seen some of its biggest stars face accusations of sexual misconduct, with Plácido Domingo still giving concerts in the heat of his cases.

But Field goes further, and his proposal is almost an experiment to measure and calculate the possible ethical implications of artists with bad conduct and their punishment. To do this, it shows us a lesbian woman who has achieved world fame overcoming many difficulties, reaching a status quo that does not justify that her life is full of deceit and hidden truths within her closest relationships. Her assistant (Noémie Merlant) and her wife (Nina Hoss), the latter of whom is also the principal violinist in her orchestra, are the only ones who see the most intimate reflection of her true self.

A film that breaks out at a time when, while many deny the culture of cancellation, there are tweets calling for a boycott of series because its creator has given a like to a controversial person, also “cancelled.” ‘Tár’ talks about denying the validity of art and sexual exploitation in the workplace, but although it is built around these themes it does not present itself with a one-sided message, which may incur the ire of the internet for unclearly dealing with aspects of sexual power dynamics. All in full hangover of MeToo.

But nothing of what he presents makes it easy, rather it requires digesting and questioning who the story is really about, in where does the sympathy of the viewer end and if the relationship between power and human brilliance affect each other. There are clear aspects, which suggest that with success comes power and with it the possibility of abusing it, and others that are not so clear, such as if the apple is already rotten from home, there is not much to do, and therefore, ‘Tár’ it’s more of a fascinating look at a character.

Presenting an anti-hero we can laugh at even when she’s being especially obnoxious, Field isn’t afraid to risk being accused of sympathizing with a monster, create division as to whether he wants to praise his central character, or cancel it. She is one of those characters that one loves to hate, and much of it is due to the fine performance of Cate Blanchett, who learned to conduct music, play the piano and speak German to bring the character to life. Although her work also resists easy categorization.

She achieves a mixture of charisma, ferocity and occasional tenderness, showing us both a magnificent artist and a monstrous human being, making it impossible for us to separate the two visions. The revelations we learn about later make us question even their previous opinions.like the one in the scene at Juilliard, where Lydia argues with a young black student who despises Bach, Beethoven and other white composers, questioning his total rejection of the Western canon by insisting that identity politics should have no place in the evaluation Of art.

On the one hand, one may or may not agree with his reasoning, but it is hard not to admire the intellectual perspective with which he analyzes his student’s argument, on the other, after learning more about his past, it is very difficult to separate his point of view from a justification based on one’s own guiltwhich makes ‘Tár’ an elegant and often very funny portrait of a genius on the decline who is delving into the darkness of his soul with gothic and even supernatural touches in the style of ‘Personal Shopper’ (2016) by Olivier Assayas .

In its second half the film becomes an almost horror story in which normal logic does not fully hold. Some scenes feel like cryptic clues, and others revamp the film’s genre, like when Lydia walks into an abandoned building and comes face to face with a mysterious black dog and falls over, details like a metronome that starts ticking by itself. in her apartment, and a shadowy female figure that appears sinisterly hidden in the corner of some shots, screams emanating from the forest…

There are elements of a ghost movie, as if there is some kind of revenge, although it is presented to us as if Lydia’s haunted house is in her head. It can be interpreted as her guilt eats at her, as in an Edgar Allan Poe story, or simply with an altered point of viewwe actually see her as the people around her, who stop looking at her as a goddess and see the real shadowy person, like ‘Dorian Gray’, or simply shows us a once untouchable and now vulnerable human being.

It also makes us feel bad for a cowering Lydia, stripped of her powers, hurt, embarrassed, and alone, though on the other hand it’s gratifying to see her get her comeuppance. ‘Tár’ proposes many options on the table, it breaks the pieces of the interaction between power and gender with ambiguity, generating the opportunity that the character refers to when he talks about the reinterpretation of a score according to a state of mind, all its themes mutate and will be analyzed or destroyed by different points of view, and not only is he aware, but he builds his discourse around it. May Field never stop making movies.

Outfits with checkered garments inspired by The Feels